Venturing into late forties and early fifties, most people have already settled down and start to feel the aches and pains that come with stepping into the early bird breakfast category.  On the contrary, this is a milestone time and age for Collective Soul, as they say they are in the best shape ever as a band.

Bassist Will Turpin laid out all the ins-and-outs of the alt-rock group’s songwriting and longevity, while also sharing what else is on the Collective Soul front.

“We’re really just in a good flow right now as far as creating,” Turpin told American Songwriter. “Ed’s always been a prolific writer, he’s never had a shortage of ideas.  When we get together everything really clicks.  And with musicians it’s not like you necessarily slow down in your late forties or early fifties.  Musically we’re kind of on point, we’re in the best shape we’ve ever been as far as being able to mentally focus on what’s important with songwriting and being able to come together as a band.  It’s really a group of people that can work together as one and we’re really good at that right now.”

Coming off their 2019 tour, which marked their 25th anniversary and served to promote their latest full-length Blood, they wasted no time getting back into the studio for their 2020 four-track EP titled Half & Half.  The EP is a short and sweet taste of classic Collective Soul originals split with two never recorded tributes to R.E.M. and Neil Young.  As avid fans of vinyl, Collective Soul opted to offer the EP as a limited edition 45 rpm/180g vinyl release as part of an exclusive for Record Store Day on June 20.

R.E.M., also a Georgia native band, Collective Soul always had a special connection to their music, leading them to create their own version of the R.E.M. hit “The One I Love,” for Half & Half.  A groovy revamp of Neil Young’s “Opera Star” made its way onto the EP as well.

“We grew up in Georgia so R.E.M. was a bug influence on us,” Turpin shared.  “I remember being a teen and being so proud of R.E.M. because they were from Athens, which is just an hour east of us, so they were always a big deal to us.  And we started playing that song live and it was a really fun cover to do.  The Neil Young tune-we’re just big fans and we wanted to do something fun in the studio, something different for our fans.  We haven’t done a whole lot of recorded covers in our career so we just decided to make that part of Half & Half.”

Collective Soul’s perpetuity and ability to keep churning out great material year after year with very little gaps, is a true test of their brotherhood and is very telling of their inner-band dynamics, something Blood also was themed on.

“It’s about family, it’s about the people that came before us, about the band being a family,” Turpin said of the album.  “It’s about legacy and working hard, pouring your heart and blood into your work as well.  It’s a theme that covers a lot of things.”

One other key factor guiding the groups songwriting and steering success over the years is the clear and mindful vision of Collective Soul.  They know the sound and idea of the band-everyone is on the same page and they know pretty quickly what songs will make the cut or not.  And while this is a definite advantage, the group also understands the value of self-expression through side projects.

“It’s not really about ‘this is my idea or this is their idea’.  It’s really about just getting in there and putting all ideas out there,” Turpin shared on the writing process.  “And we know what feels right.  When we’re in the studio trying different things it’s pretty obvious as to what will make it on the record. We’re really all on the same page right now in true band form.”

Collective Soul’s vision is something they remain steadfast on and are always working to improve, remarking that they’re only as good as their next song.  It has served them well and led them to selling millions of records in their nineties heyday and continues to advance their career today as they push to remain a timeless fixture in rock music.

“We were selling millions of records in the nineties, but you still always think you’re only as good as our next song or record,” said Turpin.  “At some point you realize ‘oh my god they’re not going to quit playing our music’.  I’m going to be dead and gone and people are still going to be listening to our music.  That to me was the definition of ‘made it’- that our music is going to stick around much longer than we will as humans.”

So, here’s to persevering music and fingers crossed, we can all get out to our favorite mom-and-pop record stores on June 20 to pick up a nugget of 2020 Collective Soul, while building up those vinyl collections by adding a copy of Half & Half. 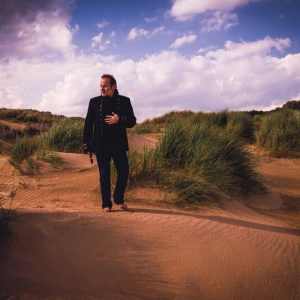 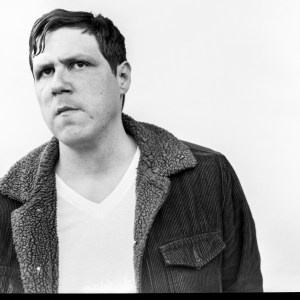