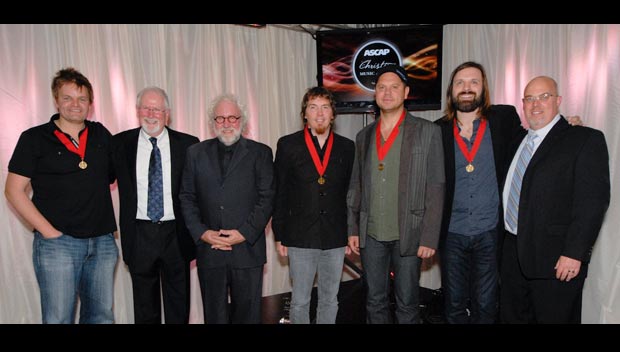 ASCAP celebrated the songwriters and publishers of Christian music’s most performed songs at our 33rd annual ASCAP Christian Music Awards on Monday, March 28, 2011 at Richland Country Club in Nashville. A total of 22 most performed song honors were given out, interspersed with several very special performances, including “Your Love” by Brandon Heath, “My Own Little World” by Matthew West and two 2011 Dove Award nominees for Song of the Year: “Starry Night” by Chris August and “Lead Me” by Sanctus Real.

ASCAP Vice President and Managing Executive, Nashville, Tim DuBois and Terry Hemmings, President and CEO of Provident Music Group, presented Third Day with ASCAP’s Vanguard Award in recognition of its extraordinary impact on Christian music. The Atlanta quartet is the first recipient of the ASCAP Vanguard Award in the Christian music genre, and has already racked up an astounding 58 ASCAP Most Performed Song awards in addition to the 2003 ASCAP Christian Song of the Year for “Show Me Your Glory,” 27 No. 1 radio singles and sold more than 7.5 million albums which reflect an impressive 2 RIAA Platinum and 8 Gold Certifications. A recent Georgia Music Hall of Fame inductee (2009), Third Day has garnered 24 career GMA Dove Awards from 47 nominations, 4 GRAMMY Awards (with 11 career nominations) and an American Music Award (with 3 American Music Award nominations).

Dan Muckala was presented with his first Songwriter of the Year award, having penned three of the most performed songs of the past year: “All of Creation” (MercyMe), which also took home the award for Song of the Year, “Beautiful” (MercyMe) and “Light Up the Sky” (The Afters). Moving from Minnesota to Nashville in 1990 to attend Belmont University, Muckala has been composing, producing and performing his music since his graduation and has had his songs performed by the likes of Nick Lachey and Leanne Rimes. In 2000 when his band, Muckala, broke up, Dan became more involved in the production and engineering of music, working with CeCe Winans, The Afters, Newsboys and N’SYNC.

Collecting ASCAP Song of the Year honors for “All of Creation,” recorded by MercyMe, were writers Brown Bannister, Jim Bryson, Nathan Cochran, Barry Graul, Bart Millard, Dan Muckala, Mike Scheuchzer, and Robby Shaffer, as well as publishers Banistuci Music, Kobalt Songs, Simpleville Music and Wet As A Fish Music. The song had a huge presence on the radio, spending an extraordinary 10 weeks at No. 1 on the Christian charts.

MercyMe was honored with their first-ever ASCAP Songwriter/Artist of the Year award. In past years, the band has collectively taken home a total of 52 ASCAP Most Performed Song awards and lead singer Bart Millard was named ASCAP’s Christian Songwriter of the Year in both 2003 and 2004. This year, in addition to taking home Song of the Year for “All of Creation,” the members of MercyMe collected two Most Performed awards for “All of Creation” and “Beautiful.”

ASCAP Publisher of the Year honors went to EMI CMG Publishing, who had six award-winning songs: “Before the Morning,” “I Will Follow,” “Jesus Saves,” “Lead Me,” “My Help Comes From the Lord” and “Our God.” Tim DuBois presented the award to EMI CMG Publishing’s Eddie DeGarmo. This is the eighth consecutive year EMI CMG has been honored with this award. 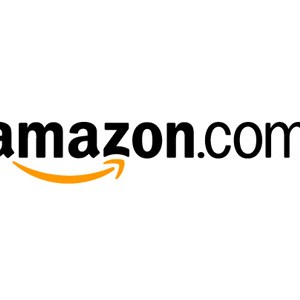