Those searching for a guitar shredder with country twang and Grateful Dead roots need look no further. Twenty-five year old Daniel Donato fills that bill, and more, on his appropriately titled debut.

The Nashville based singer/songwriter and six-string whiz has been honing his skills since about the age of 16, first by busking on street corners, then playing thousands of shows (many at the city’s legendary Roberts Western World), all in a town known for hot shot musicians. His first release, produced by jazz/blues guitar veteran Robben Ford (on his new label) tries, mostly successfully, to combine Donato’s various influences into what he calls “cosmic country for the 21st century.” It’s a little bit clunky and let’s face it, awfully close to Gram Parsons’ signature “Cosmic American music,” but we’ll cut the kid some slack since his heart is clearly in the right place.

The hour long recording mixes peppy bluegrass styled speed picking (“Forgotten Days”) with a bluesy Americana somewhat akin to Dickey Betts’ contributions to the Allman Brothers Band (“Luck of the Draw”) and soulful ballads (“Sweet Tasting Tennessee”) for a diverse and generally fruitful snapshot of an eclectic musician working hard to create originals as memorable as the three covers added to the set.

Of those, the Dead’s “Fire On the Mountain” lets Donato ape Garcia’s signature dreamy watery leads until it moves into a hotter variation as the nine minute track extends well past the original’s run time. Rodney Crowell by way of Waylon Jennings’ “Ain’t Living Long Like This” pushes the song into rocking overdrive, allowing Donato to inject sizzling guitar pyrotechnics into its structure. But if you want to pay tribute to John Prine, perhaps find a more obscure tune to do that besides the already over recorded “Angel Of Montgomery,” which doesn‘t really benefit from the languid Dead vibe he lays on it.

Donato brings thick Telecaster reverb to his “Meet Me in Dallas” an atmospheric slice of swampy country with sweet harmonies and plenty of room for a scorching lead which shifts from a pensive psychedelic “Dark Star”-styled approach to closing with full-on rocking with faster than Steve Vai on amphetamines playing. Donato taps into the Sun Studios sound for the very Jennings/Cash inspired “Broke Down.” His youthful vocals will never have the gravitas of those icons, but he gets by on sheer enthusiasm and a charming, boyish sense of wonder that is contagious and frisky.

Donato’s songs are pleasant and workmanlike yet seem to be little more than skeletons to hang his extraordinary, more-notes-per-second guitar playing on. But he’s still young and this is generally an exciting first stab for a talented musician and an impressive initial step into the marketplace. 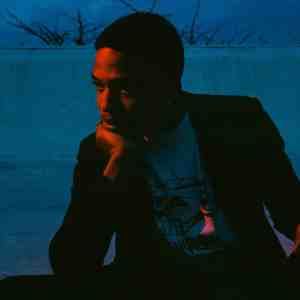 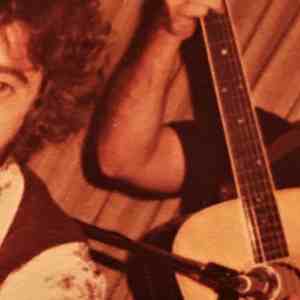