Joan Baez was the first to recognize the genius of Bob Dylan’s songwriting, which she shared with her audiences long before others recognized this tremendous force of nature. In Dave Carter she saw this same magnitude of expansively lyrical songwriting genius.

“There is a special gift for writing songs that is available to other people,” said Baez, “and Dave’s songs are very available to me. It’s a kind of genius, you know, and Dylan has the biggest case of it. But I hear it in Dave’s songs, too.” She invited Dave and his partner Tracy Grammer, a singer-instrumentalist, to be her opening act on a concert tour.

Dave Carter, who died in 2002, was a remarkable songwriter of great depth. He wrote beautifully melodic songs of great poetry and moment; his expansive, elegant linguistic grace evokes writers from Walt Whitman to Townes Van Zandt. He described his songs as “post-modern mythic American folk music.”

With his partner in life and music, Tracy Grammer, he made many albums of stunning heartfelt and inspired songs, including When I Go [2002], Tanglewood Tree [2000], Drum Hat Buddha [2001], Seven Is The Number [2006], American Noel [2008], and Little Blue Egg [2012].  Many great artists who have recorded songs by our greatest folk and popular songwriters have embraced his soulful brillance on their albums, including Joan Baez, Willie Nelson, Judy Collins, Darryl Purpose, Ronny Cox and others.

As evidenced by his songs, he had a great intrinsic grasp of all the aspects of songwriting, and luminous eloquence at celebrating this merger of spirit and craft, and the conscious and unconscious fusion at the heart of every song. He had a bounty of unique ideas about the nature of songs and songwriting that he shared mostly with friends and loved ones. But just days before his death in 2002, he spoke in front of Kim Stafford’s writing class at the Northwest Writing Institute of the Lewis & Clark College in Portland. Kim created a great gift for songwriters by taking notes at this, his final class. What follows are those notes, from “Songwriting” by Dave Carter.

We met Tracy Grammer at Camp Ned Songs in beautiful Nederland, Colorado, where she read these notes. She  keeps his wisdom, whimsy and beautiful legacy of songs alive in much the same way Marjorie Guthrie championed Woody’s work her whole life. With thanks to Tracy for allowing us to publish this for songwriters now and forever, we’re proud to bring you these notes from Dave Carter’s final class.

The only way to write rhyming poetry today and be taken seriously is to be a singer songwriter.

Songwriting is a mystical process. There has been a shift in poetry toward the rational. The songwriter has to go the other direction.

In the Bardic tradition, you searched for the sound of angels — words that sound like what they describe. You connect sense and sentiment. You learn how to speak with the tongue of an angel.

You have to start with what the body says.

On a shamanic journey, you get the rhythm in your body going. For me, this means I get on my bike and ride with the rhythm — fast. You get into a trance, and keep going until something in your mind begins to prophesy. Then you sit down and write pages and pages, rhyming everything as it comes to you. Then later you search through all this, and distill the best. You become the un-carved block of an idea, the material. You keep being true to the spirit of what is trying to appear to you. You report: What did I learn, and what do I want to say about it? What is my inner prophet trying to tell me?

Get back to the lizard brain. The body is your teacher. Yes, this is counter to the western tradition.

The trick is to learn the song from God, and then write it down so others can hear it.

Sometimes there is this gentle, long-suffering sadness. I started having visions of this sad person who was a much better person than me. It turned out to be my own inner illusion of being a saint I had to leave. (Sings the song “Farewell to St. Dolores.”)

Songwriters are infected. They are looking for a lifestyle, but it’s really about something simpler than that. They have to learn what they want, really, which is access to their own secrets.

You have to cultivate the longing to feel.

I used to give money to anyone on the street who asked me. Then I started asking myself if some people needed money and some didn’t. One night this Apache woman said to me, “I could use some money. Would you like to hear a song?” So she sang this little song about missing her daughter. A little love song.

You didn’t know what the angels were going to say yet, but you were just singing along to find out. Sometimes you just sing a sound for awhile, and eventually the sound starts to fill itself with words.

Mathematics is a process of making your metaphors ever more precise.

Heinrich Schenker had this idea that all music resided, actually, in a single chord, or even a single note. You go into that chord and get lost. Something is in there waiting for you to hear it.

You can feel bad about the sounds around you — a lawnmower, a jet. But if you listen, they have that one chord, something that holds all other notes and chords. Vibrating bodies generate all tones. You listen to a machine and find the angelic harmonies. Try this next time you are in your car, or in a plane, Go into the sound and see what’s there. That’s how a song starts — a sound, a chord, a rhythm, and later the words.

Schoenberg set out to create a rival good to God with his music.

I come from a family with an evangelist on one side and a mathematician on the other — and no one thought of songwriting as a job.

Sometimes you wake with the feeling tone of a dream. You stay with it. There’s something there for you if you keep listening. It’s a good idea to let your dream and waking world co-exist. From the dream you get affect and image, and then you try to learn what they want to say.

Feng Shui — there’s this dragon you try to see, and by adjusting what you know and do and make, you make the world — at least in yourself — gentler.

I’m going to conduct you on a shamanic journey by tapping on the back of this old guitar like a drum. Eyes closed, you will feel your body traveling at great speed over the landscape. Somewhere there will be a hole down into the ground. As you go down into that tunnel, there may be creatures that try to stop you, stand in your path. You have to go right through them.

Finally you will come to something down there in the ground, a new place with some kind of gift for you. You just look around for it there, and you will find it. Then at some point you will hear the sound of my drumming change —like this [a series of slow beats] — and that’s the signal it is time to begin your return. Back up the tunnel to the surface of the earth, and then your body will return to this place, and it will be time to wake up.

It’s a kind of lucid dreaming — moving toward sleep, but hearing the drum. Keep track of what comes to you.

Okay, lie down on the floor … 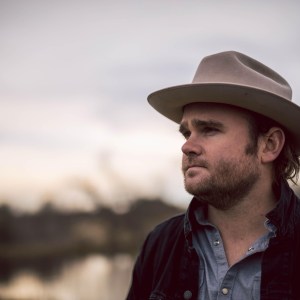 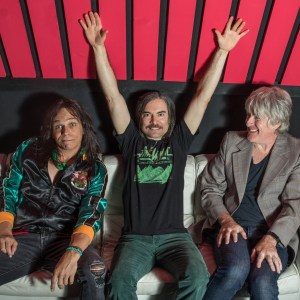