A week after David Bowie’s death I was at a music festival in Todos Santos, Mexico and most of the bands there wanted to pay tribute to Bowie’s musical legacy. The lineup was extremely eclectic and everyone brought their best A-game to the proceedings and every single Bowie cover was heartfelt and wonderful. The songs held up to whatever arrangements and personnel played them and each one made for a highlight of the set. Later, I heard some songs being played, stripped down on an acoustic guitar or a piano, and again the songs held up wonderfully. David Bowie was not only one of the greatest artists of the last century but easily one of our best songwriters.

I first heard of Bowie when I was still in grade school. I went to New York City for the first time as Diamond Dogs was being released and vividly remember seeing ads for that album, with its very striking cover, everywhere I’d go. Not long afterward, I saw Bowie on the late night TV show “The Midnight Special” and was hooked. From that point on, it seems that Bowie and his songs have been part of the soundtrack for every era of my life.

No one could really ever call David Bowie underrated. His passing has brought forth accolades and tributes and heartfelt remembrances from all over the world, spanning generations. He is remembered for his artistry and innovation and for giving voice to the alienated and marginalized. He was beloved for his style and fashion sense and for his almost chameleon-like ability to reinvent himself over and over. His musicianship and vocal prowess have been deservedly praise as has his longevity in an art form that is so often considered disposable.

With all of the well-deserved praise, there hasn’t been all that much said about his songwriting itself.

Perhaps it’s a great credit to all of the other facets of his artistry that one could somehow overlook the writing itself. Especially since his catalog of songs is so vast and went in so many directions, all the while maintaining an extremely high standard of artistic excellence.

Often viewed as some kind of novelty song due to its timing and theme, his very first hit single “Space Oddity” is a remarkable song, both timeless and very much of its time. Its use of being lost in space to conjure lonely alienation has been imitated, in a few cases even remarkably (Elton John’s “Rocket Man” comes to mind), but never bested.

Bowie’s Hunky Dory album is a songwriting tour-de-force that gave birth to some of the greatest songs of his career, even though it’s often considered a starting point for better things to come. “Life On Mars,” “Oh You Pretty Things” and “Changes,” in particular, hold up wonderfully, stripped of their arrangements and wonderful performances.

In 1972, Bowie released his first full-on bona fide masterpiece The Rise And Fall Of Ziggy Stardust And The Spiders From Mars. It was a cultural and artistic landmark that catapulted him into the highest ranks of rock stardom. It received attention far and wide and has held up as a benchmark album of the rock-and-roll era, but once again, perhaps more than ever, the acclaim often overlooked just how incredibly well-constructed and finely written the songs were.

“Starman,” “Five Years” and the title cut took the slang and language of the generation he was singing to and elevated it to new heights. “He could lick ‘em by smiling/ He could leave them to hang” took the rock-star mythology and inserted enough science fiction into it to afford him enough artistic distance to really dig deep, shining a reflective mirror to disaffected millions the world over. “Rock ‘N’ Roll Suicide” took the concept to its chilling and tragic conclusion, reflecting the hangover from the dream that so many former rockers were waking up to, with the then-recent deaths of Jimi, Janis, Jim, Duane and so many others, in the aftermath of the end of the more idealistic ’60s, into the more jaded and less hopeful ’70s.

After Ziggy Stardust, Bowie released Aladdin Sane, which actually was an even more mature piece of writing and arranging, followed by the nihilistic punk-rock precursor Diamond Dogs, and his much heralded breaking up of The Spiders From Mars and abandoning of his Ziggy persona. This is where his legacy took on an even bigger leap with his reinvention as the Thin White Duke, making his very commercially successful Young Americans and Station To Station albums, but once again, the masterful writing enabled this all to work out so well. “Fame” has a great beat and a tremendous vocal performance and “Young Americans” has Luther Vandross, but both are terrifically constructed songs that moved Bowie into uncharted territory with artistic authority and finesse.

Then in 1977, after an unparalleled six years of invention and reinvention, Bowie retreated to wall-era Berlin with Brian Eno and made two more masterpieces; very different from anything he had ever done before and even from each other. Low and Heroes could easily stand alone in anyone’s career as two of the most influential and masterful records ever made. Low was stripped down and lyrically minimalistic, while musically angular and futuristic. Heroes was more dense and, at times, stunningly beautiful (especially on the title cut).

It should be noted that a song like “Heroes” was not only beloved by David Bowie fans and considered a groundbreaking look at the future of pop music, but that he could then perform it (looking positively emaciated) on national TV on a Bing Crosby Christmas special and the song would hold up and be dazzling.

If Bowie’s story ended there, it would be one for the record books, but he continued to make records, including some really great ones all the way to the end.

Blackstar was released just two days before his death and is rightly considered a top-tier album. His final record (posthumous releases notwithstanding) will certainly go down as among his greatest works. Here, a man coming into the certain end of his life elevates his own death into a living, breathing work of art. A handful of artists have made final albums, knowing the end is near (Warren Zevon and Johnny Cash standing out among them) but no one has ever made an album quite like Blackstar and, yet again, there is so much artistically right with the album that, once again, the songwriting almost went overlooked. 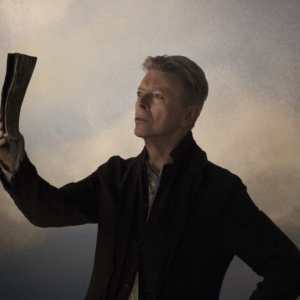 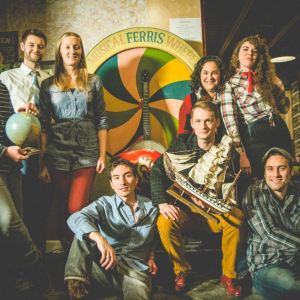