Dawn Landes’ prodigious output over the past 13 years has made her a familiar name in Americana circles, with a fan base that appreciates her blend of easygoing folk and indie rock-pop shaded with an occasional bluegrass nuance. But with her new album, Meet Me At The River, Landes has suddenly been christened a new darling of country (depending on your current definition of that genre) by certain media outlets, because of her associations as much as her music. Armed with a batch of songs she wanted to give the old-school treatment to, she cajoled Nashville production icon Fred Foster (Dolly Parton, Willie Nelson) out of semi-retirement to help bring her vision of a true country record to reality.

A Louisville, Kentucky native who has spent much of her career in New York, Landes is articulate and fun to talk to with an easy laugh. She says she isn’t exactly sure of what her sound or style should be called in these genre-bending times. “It’s such a strange question, ‘What is country music,’ y’know? I asked Fred that, I asked, ‘What is country music?’ I like the original country, I like Hank Williams, I like Woody Guthrie, but was Woody country? I like songs. Fred’s answer to that question was, ‘What country?’ I mean, Fred produced Kris Kristofferson, was he country?” Then she laughs.

For the 12-track Meet Me At The River, Foster lined up some of Nashville’s top old-school session players to help give the album the country vibe that Landes was after. She says that being polite but persistent on the phone with Foster was the key to getting an audience with him to discuss the project. It wasn’t a slam dunk, though.

“I had a bunch of songs written,” she says, “and I went to his house and played them and he said, ‘Okay, what else have you got?’ He liked some of them … he made me go back and look at editing them, he was a really good editor for me.” The recording process was done over a period of six months or so, with Landes writing even more songs and editing them to the point where they met with her approval and Foster’s.

Country legend Bobby Bare sings with Landes on the album’s duet “I Don’t Dance,” which required yet another nerve-wracking meeting with a legend. “I had to go over to his house and convince him to sing on the song,” she recalls. “I was terrified, but I played him the song — he let me play it on [late songwriter] Shel Silverstein’s guitar! He was there for the tracking of it, which was so fun, and then he came in and did some overdubs. He just added to the cachet of it, he’s so soulful. When we were in the booth, and it was a small booth, he was chewing tobacco and he brought a cup. It was pretty cool.”

Landes says Foster was more than just an editor on that song with Bare, and that he actually got a co-writing credit. “I had originally written that one for a musical I’ve been working on,” she says. “I re-purposed the song to be more about me than about the character in the musical, and Fred helped me write that.”

Comparing this new effort to nearly a dozen other albums and EPs she has recorded, Landes says, “I think I was ready to try something different. I know if I had produced this album myself the songs wouldn’t have sounded the same. Working with Fred just added a whole other ingredient, like one of those ingredients that brings a dish all together but you don’t really taste it.”

Relatively few musicians are able to make music their only vocation, but in addition to her success with recordings and live performances, Landes is also an accomplished engineer who has worked with Philip Glass and Ryan Adams, and is a good enough bass player to have landed a spot in Sufjan Stevens’ touring band a couple years ago. And the placement of her songs in numerous television shows (Californication, The Good Wife) and movies (Winter Passing, Savage Grace) has likely provided some extra mailbox money. Landes has also filled the opening slot for an eclectic group of prestigious artists, from Ray LaMontagne to Bryan Ferry. She says that she just pretty much does what she does no matter who she’s opening for, including an icon like Ferry, on a tour she says was pretty much like any other.

“I just sang my songs,” she says. “It was just me and another woman playing with me, and that was a pretty stark contrast to Bryan Ferry’s giant band. But I think it worked, the audience seemed to like me. On that tour I had just put out a covers EP, so we played [Henry Mancini and Johnny Mercer’s] ‘Moon River,’ and people would come up to me afterwards with a story about how much ‘Moon River’ meant to them. And that was really special.” 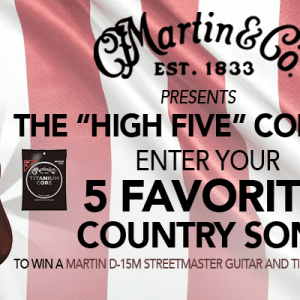 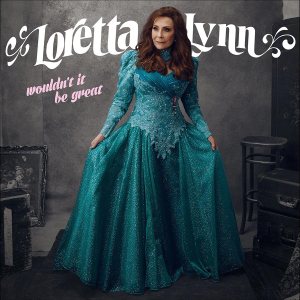