Some songs are so great they will carry themselves to the top without any push necessary. All Time Low’s “Dear Maria, Count Me In” was a breakout song that got most of its notoriety through fan popularity and climbed continuously over time from fan support.

The single was off All Time Low’s sophomore record So Wrong, It’s Right in 2007 and the song received very little radio support or campaign. But it quickly became evident they didn’t need as it was certified Gold a few years after release and thirteen years later remains a number one song many fans are still talking about, which shot the song to further Platinum status in 2015.

Loyal ATL fans seem to know the story behind the song well, but frontman Alex Gaskarth had some more insight on what really went into the song and its making.

“There was a girl from around where I grew up named Maria,” Gaskarth told American Songwriter. “I found out one day that she had become a dancer at a few different clubs and it just struck me, I didn’t expect that for her, not that there was anything wrong with that decision, but it inspired me to tell that story about a girl doing what she has to do to make ends meet and live the life she wants to live. And I thought it was a badass story about a badass chick taking control of her life.”

Gaskarth had the lyrics written that outlined how the story unfolded over certain conversations while embarking on shenanigans in downtown Baltimore.

“The line (there’s a story at the bottom of this bottle and I’m the pen) is literally about me wanting to tell her story. We would go to this club in downtown Baltimore and we were probably not of age and drinking.  And Maria was little bit older than me and she was telling the story about how she became a dance and that line popped into my head, was like ‘I’m going to finish this beer and write a story about this’ kind of thing.”

With the lyrics and story leading the song, ATL had a rough cut of the track ready, when producer Matt Squire came in to work on the record. Squire had some honest opinions about the song’s development and became a huge player in manipulating the initial track that would grow into the ATL anthem we have been shouting at the top of our lungs since 2007, while wearing our skinny animal print jeans with sweeping bang-haircuts.

“We had a demo version of it which was very different and that was the first record we went in with a producer that pushed us to hone our craft, Matt Squire. He heard that demo and said ‘this is dope but your chorus is terrible,’” Gaskarth laughed. “So, we worked on the music and rearranged it a little bit and it all clicked. The biggest thing with that song was starting with the chorus, originally it didn’t do that. And he suggested why don’t we start it with this part.  And I think that’s what the song so standout and iconic for us in our legacy.  It’s got something special about it.”

Even though So Wrong, It’s Right was the band’s second record, they said it was their first actual experience in the studio with all the traditional moving parts.

“Making that record was incredible, it was our first real studio experience,” Gaskarth said. “We had recorded with Paul Leavitt before. But Matt was kind of more of a hands-on producer and bigger into the songwriting process and restructuring songs and being analytical about what you were doing. The combination of the two was great because Paul’s recording technique was phenomenal and on-point and Matt had the creative, visionary side of things.”

As young artists at the time, ATL had yet to bloom into to their full potential as songwriters. Squire and Leavitt equipped ATL with skills they would go on to use on further albums and changed the way they approached their music and songwriting.

In the beginning the group would just write their songs on a whim and wing of inspiration, doing little modifications to it, but that quickly changed by their third record, when they began scrutinizing their songs more closely.

“We were very green and inexperienced at the time; we would just write something and that was the song. So, it was learning experience for us to dissect our songs and put them back together in a way that felt more pro. The growing we did on that record (So Wrong, It’s Right) was a lot. And when we went to do Nothing Personal, we approached it in a very different way.”

Years later ATL cites “Dear Maria, Count Me In” as a staple in their discography and recalled the journey of the song as humbling and one of the most natural developments.

“It was incredible and very unexpected. The song didn’t get pushed at radio, it didn’t have a big campaign behind it to move units or charts,” Gaskarth recalled. “So what was incredible was that it was a very natural process because over time it became more popular and essential in our discography and as a result it was just streamed and streamed and over time it picked up accolades, so it’s pretty insane and humbling to have a song run like that.”

If you dig All Time Low, get their new album ‘Wake Up Sunshine’ by clicking here. 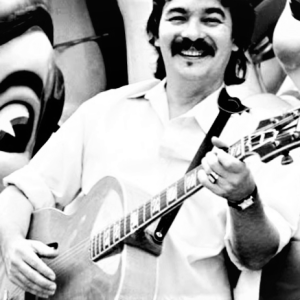 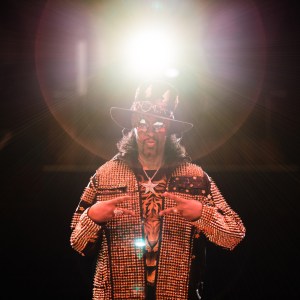