“This might be the toughest task that we have ever faced, because we were all so used to being able to hug each other, shake each other’s hand, talk to each other face-to-face, and that’s all changed in a matter of days,” says legendary bassist Bootsy Collins, speaking about the current COVID-19 pandemic. But, in keeping with his reputation as one of the most upbeat and big-hearted performers around, Collins came up with a way to help: “If we can bring a little joy or a little hope to people with this song, then that’s going to be enough for me right now.”

Collins, calling from his home in Cincinnati, Ohio, is talking about “Stars,” the new single he’s releasing on June 5. It will be available for download and across all streaming services, with proceeds benefitting the MusiCares COVID-19 Relief Fund.

“Stars” came about after the pandemic derailed Collins’ work on his next solo album. “I was about 75% finished with the album, and I was like, ‘Man, I can’t even concentrate now – maybe I need to focus on something else.’ So I started thinking, ‘Wow, this is a good time to do a song to help people.’” He remembered a track he’d already begun that he felt had an uplifting quality to it, “so I started messing with that.”

The single features Collins (bass), Béla Fleck (banjo), Steve Jordan (drums), and an appearance by Dr. Cornel West, among others – but the standout contributor is EmiSunshine, the 15-year-old musical prodigy who wrote the lyrics and sang the lead vocals.

But EmiSunshine, speaking from her East Tennessee home, admits that she didn’t initially know much about Collins. “I started looking him up a little bit. I was like, ‘Wow, this is really impressive! He’s a really cool dude!’” She should be impressed: Collins has played with some of the most legendary acts of all time, including a stint in the Original J.B.’s – James Brown’s band – from 1970-71, playing on the massive hits “Get Up (I Feel Like Being a) Sex Machine” and “Super Bad.” Next, he played with the Parliament-Funkadelic collective, whose hits like “Give Up the Funk (Tear the Roof off the Sucker)” (1976) established funk as a groundbreaking musical genre.

Collins was impressed by EmiSunshine, in return, after seeing her performing in videos. In her, he says, he recognized someone who had “that same twinkle in their eye that I had” as a young artist, and was “doing the same kind of thing I was doing, making people happy and having fun. When I see that kind of person, I love to be involved with that.” He isn’t the only one to recognize her talent: last year, she won the The ASCAP Foundation Desmond Child Anthem Award, which recognizes young artists for musical excellence. She has also appeared at the Grand Ole Opry 15 times, performed on numerous national television shows, and has released six studio albums.

This talent came to EmiSunshine naturally: she comes from a long line of musical family members. Her father, Randall Hamilton, is a sound engineer, and her mother, Alisha Hamilton, is a songwriter, and both her grandmother and great-grandmother worked as successful Nashville singers. And, EmiSunshine adds, “there are many people within my dad’s side of the family that were singers and musicians – gospel singers, mostly.”

After expressing their mutual admiration for each other’s musical background, Collins and EmiSunshine had initially agreed that she’d sing on his album – but when that project got sidetracked, Collins decided to ask her to work on “Stars” instead. “We talked to her mother, and she said, ‘Yeah, send us the song – Emi will write to it and sing,” he says. “So that’s what we did.”

Collins’ song – featuring his characteristic joyous, funky groove – was a far cry from the country and gospel material EmiSunshine was accustomed to writing and singing. “It’s so different than what I’m used to, and I was really intrigued by it,” she says. The work had to happen remotely, though, thanks to the travel restrictions imposed during the pandemic. (And in fact, Collins and EmiSunshine still have yet to meet in person.)

But the project proved more difficult than EmiSunshine anticipated. “It was a little bit harder than I thought it would be because of being apart like that,” she says. Also, the pandemic-related lyrics that Collins wanted initially stumped her. Fortunately, as Collins waited for her to figure it out, he was understanding and patient. “Writing sometimes is not an overnight thing. Sometimes it takes a while before you get things from the universe,” he says.

In the end, EmiSunshine came up with lyrics that address the COVID-19 situation with a depth and wisdom well beyond her years. “I kept thinking, there’s many things that we need to talk about, and I want to make sure that I’m being positive but also recognize the bad things that have happened, and really try and be an inspirational song. A battle cry, in a way. We have to come together in this time,” she says.

With the lyrics finally finished, EmiSunshine’s father built a makeshift studio in their house so she could record her vocals. Collins was elated when she gave the finished product to him. “She sent it and I was like, ‘Oh man, this is it!’ She wasn’t just a 15-year-old girl. She was much broader than that. Her understanding about words and songs and stories, it’s like, ‘Wow, where did she come from?’ She really outdid herself!”

Pleased with his and EmiSunshine’s parts, Collins added in the rest of the guest musicians and finished the track. And with that, he says, “It had become bigger than all of us. All of a sudden it’s like boom, it’s so big already and it ain’t even out! Whatever is going on in the universe all brought it together. We just played the parts. We’re like instruments. Whoever the master musician is, he or she, or maybe it’s both, they know what they’re doing!”

Beyond his pride in “Stars” itself, Collins says he was also happy for the chance to mentor a young artist, as he has frequently done throughout the years. He says he does this because “that’s what was actually done to me back when I started with James Brown – whether they meant to do it or not, it was still done to me, and that’s the way I took it.”

Being mentored in this way, Collins says, “gave me a chance to be proud of something, to be proud of myself, and to go out and do what people say can’t be done. Sometimes, all you need is one person that you look up to to have confidence in you, to build your confidence. That’s what I want to stand for. I want to be that person that gives you the confidence that you might need to get over that next hump.”

Collins certainly knows what it means to overcome difficulties in his career – he has weathered decades of changing musical tastes and technologies. His ability to survive in such a hard business, he says, is “Probably because I’m able to adapt to whatever comes in, otherwise you become a dinosaur. And you saw what happened to the dinosaurs!” he says with a laugh. “It’s like when the synthesizers came in, piano players were very angry. Then the drum machine comes in and the drummers get very angry. And I’m like, ‘I play drums but I’m not angry!’ I just learned how to use the drum machine. I think that mentality is what we need to keep connecting with the next generation to come.”

Collins demonstrated this adaptability when he became a bassist – and went on to become one of the most notable players on that instrument in the last 50 years. “The funny thing is, I didn’t decide to play it. My brother [Catfish Collins] played so much guitar, I was like, ‘Well, might as well switch.’” But there was a problem: “We didn’t have money to, ‘Now I’m going to change over and get me a bass’ – it wasn’t that easy. So I took my guitar and put four bass strings on it. Next thing you know, voilà, I was playing bass! And that’s what funk is: it’s, whatever you’ve got, you turn it into what you need to make the next step happen. Funk is making something out of nothing.”

This resourceful and optimistic philosophy worked for Collins once again when he found that working on “Stars” provided the much-needed inspiration to finally go back and finish his solo album, after all. “It’s called The Power of the One, and it will be out October 23,” he says. Among others, the album features appearances by George Benson and Bela Fleck – and, of course, EmiSunshine.

“Whatever your situation is, you make something positive out of it. Just like the song Emi and I did. I’m just really excited about this because it’s what we need right now. The world needs help and that’s what we’re singing and playing about. We’re letting people know, ‘Hey, we’ve got to work together, regardless of what’s going on out here.’” Then Collins gleefully references Stephen King’s killer clown character to illustrate his point: “We can’t just throw each other into the sewer down there with It,” he says, then laughs uproariously and adds: “That boy ain’t got no toilet paper!” 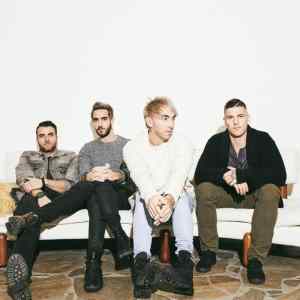 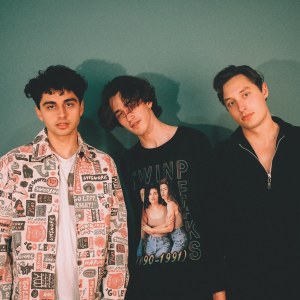