Some artists are so seemingly prolific, one band alone can’t contain their creative output. The same could be said of Steve Wynn, who first gained fame as the musical mastermind behind the psychedelic revival band Dream Syndicate, and later went on to release a stunning series of solo albums that proffered his prowess.

Still, it’s all too easy to rely on a reputation established early on and forget all that came after. That’s what makes Decade, an eleven CD box set that chronicles much of Wynn’s remarkable solo career, such a worthy reminder of why he’s long been considered one of America’s great indie icons. Due October 23, it includes his seminal releases released between 1995 and 2005 — Melting In The Dark, Sweetness and Light, My Midnight, Here Come The Miracles, Static Transmission, and ...Tick…Tick…Tick, as well as the German-only compilation disc, The Emusic Singles Collection and the European rarities release Pick of the Litter. Many of the albums, which are currently out of print, have been expanded to include bonus material, making for no less than 57 unreleased tracks and 31 exclusive rarities.

In addition to Wynn’s ongoing backing band — Linda Pitmon on drums, Dream Syndicate Guitarist Jason Victor, and Dave DeCastro, long time bassist for Wynn’s “other” group, the  Miracle 3, the music also finds guest appearances by Green On Red Keyboardist Chris Cacavas, Giant Sand’s Howe Gelb, Barbara Manning, Chris Brokaw and Thalia Zedek of Come, Tony Maimone of Pere Ubu, John Convertino of Calexico, Rich Gilbert, and any number of other musicians Wynn’s worked with over the years. A full color 48-page book includes Wynn’s reflections on many of the songs, a wealth of unreleased photos and essays from various colleagues and collaborators.

“The Decade box chronicles the ten-year period after I moved to New York City in the mid-‘90s,” Wynn tells American Songwriter.  “It’s the decade where I caught air, to use a sports metaphor. I wrote more songs, made more albums and toured more than any period before or since. Maybe it was the excitement and energy of living in a new city — I’d always been in love with Manhattan and it was a ‘pinch me’ period where I couldn’t believe I was finally living here.  I went out constantly, fully embraced the city and the nightlife and sights and sounds and that excitement came out in the music.  It was that thing that writers always dream about, that state where you can barely keep up with all the ideas you’re having. I didn’t have time for writer’s block. I was just a stenographer to the muse that wouldn’t leave me alone or let me slow down.”

It was out of that experience that Wynn had come to create much of the music that will be offered on Decade for the very first time.

“Recently I came across a box of cassettes, DATs and reels of tapes from that period and went to my friend Steve Rosenthal who used to own the Magic Shop studio in the city,” Wynn explains. “He has been focusing his attention on archives like mine, and had actually just finished doing a similar thing for Laurie Anderson and the tapes that Lou Reed had left behind.  Steve painstakingly transferred everything I’d found, and I was surprised how many demos and songs I had forgotten about. He ended up transferring and cataloguing about 100 hours of tape.”

Another of Wynn’s partners in the project, Pat Thomas, played an important role in bringing the effort to fruition as well. “Pat and I had worked together over the years on reissues and special projects and collections of my material,” Wynn notes. “He knows more about my history and has always been free with his opinions of what he likes and what he doesn’t like — aided by the fact that he’s done plenty of great reissues and is also a musician and recording artist and has released plenty of great records himself as a solo artist and as the leader of the band Mushroom.”

In fact, Wynn credits Thomas for ensuring quality control. “He felt that documenting this entire period — released material, outtakes, bonus tracks and also these embryonic sketches –would make an interesting portrait of not only my career and a really fertile period, but also a look at the creative process in progress, the road from raw idea to band interpretation to the final, fully realized state.”

The two men also took the time to  complete the task at hand, because, he says, they were fully committed to doing it right. “Pat and I got together at the Sportsman’s Lodge motel in Burbank for a multi-day listening session and went through the entire archives with plenty of coffee and snacks and had a two-man version of the ‘Gong Show’ with my history.  A track would come on and we’d — okay, mostly Pat — would say ‘That’s great!’ or ‘Dump it!’ We sifted down to the best stuff, the tracks that told the story, and ended up with enough for an 11-CD box set.”

“This is the most extensive and focused collection of my music anyone’s ever released,” he reflects. “I’m proud and also grateful to Real Gone Music for allowing me to tell the story of a particularly prolific period in my life and the creative process in such a lovely, deluxe package. I hope everyone digs it.”

See for yourself. Go preorder. 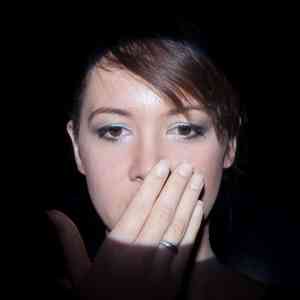 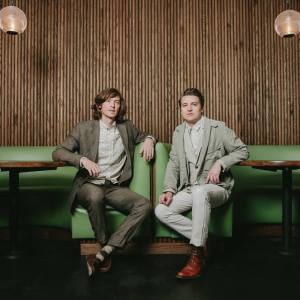