Matt Woods culls inspiration from his native East Tennessee environs, with songs that paint a portrait of gruff, no-nonsense individuals who inhabit the fringes of Appalachia and the rural realms just beyond. Having previously honed his skills in various ensembles, he released the first album under his own aegis, the boldly-titled Manifesto, during a seminal stage of his career. Even so, it reflected a marked maturity, flush with first-hand narratives shared from the viewpoint of those that dare to confront the odds and obstacles accompanying sordid circumstances. “Johnny Ray Dupree,” “Jellico Mountain,” “Lost In Tennessee,” “A Company Town,” and “Ghost of the Gospel” offer merciless yet memorable hard-luck stories, reflections of frayed nobility spurred through both desperation and determination. Newly remixed, remastered, and bolstered by several bonus tracks, the anniversary edition of Manifesto resonates with grit and gravitas.

Spare, sparse, and stripped down to the essentials, Luke Brindley’s latest album finds him relying on the three things most essential to his sound—his adept fingerstyle fretwork, his vulnerable vocals, and his touching and tender melodies. “I wanted the guitar arrangements and lyrics to have the focus,” he insists, and indeed, there’s nothing to detract from his simple but assured delivery. Recorded in an empty house on the New Jersey shore during the winter of 2021, it reflects a sense of isolation, one that finds Brindley in a decidedly meditative mood. Songs such as “What’s Not To Love?,” “Let Me Be Your Fool,” “Midnight in the Pines,” and “The Light In Your Eyes” come across as poignant and personal, bare expressions of optimism tinged with insecurity spun with abject humility. On the other hand, when he turns his attention to the tumult and turbulence of a divided nation on closing track “Hope Machine,” the effect is all the more mesmerizing.

Credit acoustic auteurs James Lee Stanley and Dan Navarro with putting a singular spin on the music of Led Zeppelin, and doing so in a way that not only brings those classic melodies to the fore but also offers the most unique interpretation imaginable. With little more than two voices and a pair of guitars, the pair continue Stanley’s longstanding habit of taking music by venerable artists and rebooting them with wholly unexpected results. Consequently, the aptly-titled All Wood and Led finds the duo stripping back the bluster of Plant/Page originals such as “Good Times Bad Times,” “Rock and Roll,” “Whole Lotta Love,” “Ramble On,” “Hey Hey What Can I Do,” and “Stairway to Heaven,” and reinterpreting them as rustic, rootsy backwoods ballads. As unlikely as that may seem on any initial encounter, the results are so striking and effective, there’s no denying the effectiveness of their efforts. Consider this Zep in depth.

A decidedly cheery trio, The Accidentals (Savannah Buist, Katie Larson, and Michael Dause) find common ground in their bubbly melodies and decidedly upbeat attitude. It’s an approach flushed with perseverance; Vessel was in the process of being recorded when the pandemic hit, forcing the band to relocate to their newly refurbished state-of-the-art attic studio and take on the production and engineering duties entirely on their own. Employing their own string section in the form of violin, viola, and cello, along with a decided folky foundation—guitars, bass mandolin, and banjo—they manage to get a full sound that belies their somewhat precious approach. That makes songs such as “Go Get Better,” “Marrow,” and “Count the Rings” resonate with an absolute sparkle and sheen, while also allowing the delicate designs of “Cityview” and “The Line” to affirm the group’s homespun sensibilities. Four albums on, The Accidentals have etched a sound that’s both delicate and decisive, making Vessel the perfect vehicle to propel them forward.

Dana Cooper
I Can Face the Truth
(Self-Released)

Few artists can claim to make music for 50 years and still do so with the same eagerness and enthusiasm that marked their initial efforts. Dana Cooper experienced the mechanisms of the major labels early on, but as a solo independent artist, he’s maintained a full flourish on his own. His new album, I Can Face the Truth, not only boasts a telling title but more importantly, reflects an unimpeded joy and exuberance that are exactly what’s needed during this pessimistic period of modern history. Songs such as “Always Old Friends,” “Upside Down Day,” “Laughing and Crying,” “Summer In America,” and the title tune are flush with an upbeat optimism that makes every offering genuinely striking in both sentiment and execution. So too, Cooper’s cover of the Hank Williams classic “I’m So Lonesome I Could Cry” further reflects his ability to consistently ply a tasteful touch. Co-produced by Cooper and veteran multi-instrumentalist Dave Coleman, I Can Face the Truth is an unmitigated triumph, an album that should finally garner Cooper the credit he so decidedly deserves. 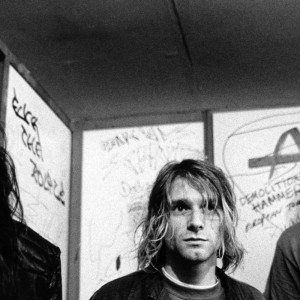