DevilDriver frontman Dez Fafara has a lot that haunts him, enough to stretch over two albums in fact.  And he is ready to leave those demons behind, but not before confronting them one last time.

DevilDriver’s forthcoming album Dealing With Demons I, out October 2 on Napalm Records is just the first half of a double album that will address everything Fafara has struggled with over the decades of his life as an artist, and includes ideas on addiction, loyalty, betrayal, love and isolation.  This will also be the first album Fafara has ever collaborated lyrically, with anyone.

“Dealing with Demons had to be a double record because I wanted to move on from the things I had been writing about since I was young, which was the human condition,” Fafara told American Songwriter.

With the adventure into co-writing lyrics, Fafara said the music has always been more of a joint effort within the band. “It’s a very democratic process with the music,” he said. “Lyrically I’ve only collaborated once in my whole career, by no fault of mine. I’ve always told everyone if you can come with good lyrics do it, a lot of the times people just aren’t interested. But on ‘Nest of Vipers,’ I collaborated with my guitarist Neil and it was a great time.”

“Nest of Vipers” is the latest single from the record and aggressively confronts society’s view on loyalty in business. And it all came about with a simple working song title, not something DevilDriver usually adopts, and usually goes for silly or sequential working titles in the early phases of tracking.

“In the past when guys give me music, there’s never song titles, or there are stupid names like ‘r2d2’, and I’m like’ please just call them song 1 or song 2.”’ Fafara said. “This group of guys, I’ve been working with started putting names on things. And I saw ‘Nest of Vipers’ and vipers is never a word I would’ve used- looking into a dictionary I asked ‘why haven’t I used this word?’ Then Neil sent me a voice note with a partial chorus, and I listened and thought ‘yeah I can sing this and with conviction.’ So, it started going into what Nest of Vipers would be- snakes, loyalty, people. I wanted to have that conversation.”

Other songs like “Keep Away From Me,” don’t tip-toe around topics and instead ditch any metaphorical meanings, and go head-on into discussing personal distancing. But Fafara said that something he has been participating in his entire life, and was not necessarily brought on by anything else.  “It’s about my agoraphobia, my social distancing my entire life,” he said. “It’s been difficult doing the job I do-even with family, I’m extremely private.”

“Iona” is an early single, steeped in seductive characters and narratives about the love for all things gore and death, an obsession Fafara wishes people would let go of. “This is me asking society ‘what’s your favorite movie?’ and they say ‘The Chainsaw Massacre or Halloween’- well he kills 12 women in that movie and I’m thinking ‘how do you like that- and when did our love of murder-porn TV happen?’-  y’know that whole ‘I’ve got to be home at 5pm to watch CSI.’- This is me creating a dialogue with the public about these issues.”

Fafara has a lot of solid perspectives and ideas on the world and culture, but he also has an immense pull to family life as a father of three and husband of over twenty years.  And when his wife was diagnosed with Cancer a few years ago, that became a new demon for him to face. And he wrote “Wishing” about what he imagined it might be like if he ever lost her and how he would handle it, or if he even could. For such a dark and deep song, Fafara dipped into his goth roots and love of post-punk bands like Sisters of Mercy and Bauhaus for inspiration.

“Wishing’ has a clean verse that is reminiscent of what those bands would do,” Fafara said about the song. “Which explores what it would be like without my wife-we’ve been together a long time, raised three kids, she’s my manager- and when I finished writing the song, we found out she had Cancer so I must’ve had some premonition of what was going on, so this is the demon of loneliness.”

During that time, Fafara started to ask what would it look like if he did lose her and went into the darkest depths of his mind imagining the saddest of scenarios. “Like at that point would I say goodbye to everybody and go into the garage and get into my 1978 yellow Cadillac and close the door then put on her favorite Donna Summer 8-track and pass away?’ he said.  “’Would I be strong enough to carry on?’ It was a thing where I knew I needed to be in touch with myself.”

Another song with family ties is “You Give Me A Reason to Drink” which features guest vocals by Fafara’s oldest son Simon Blade Fafara. The 23-year-old has been appearing on stage with DevilDriver since he was 9, nailing the growls and screams even back then while he showed his potential for musical angst. And when Fafara was working on the track in their home studio, he pulled his son in to have a listen and take advantage of a prime opportunity to teach his son a valuable life lesson about human tendencies, drawn out in a song about what often pulls people to drugs and alcohol.

“He asked ‘what’s the song about Dad?’ I told him, ‘it’s about how I was raised when you have a bad day get home from work, you sit down and have a cocktail, a shot and beer back. It’s about the people who make you feel like you need to return to drugs or alcohol to escape what they put you through at your job or whatever.’ And he got in there and his lows are lower than mine, his highs are higher and he was just incredible. It was a proud moment for me.”

While simultaneously ushering in the new era of Fafaras and DevilDriver with this double record, Dez said he is eagerly anticipating the release of the next half of the project. “Part 2 is my baby, it’s my favorite, and it had to be a double album because I have a lot of demons,” he laughed. “But, now I’m ready to move on.”

Dealing With Demons I is available October 2 everywhere and you can purchase a copy here along with special merch bundles. 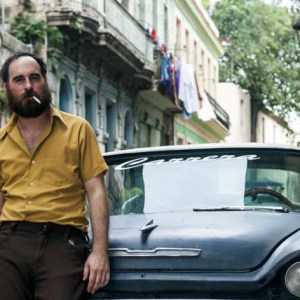 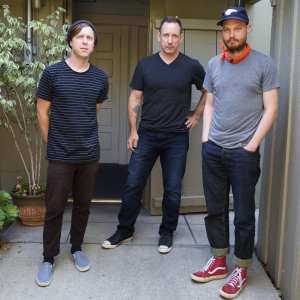