In true rock and roll survivor fashion, Dramarama, a band that first came blasting out of New Jersey in the mid-80s with the memorable single “Anything, Anything (I’ll Give You)”, is returning from their longest recording hiatus yet with one of their finest collections of songs. The band’s new album Color TV features some of lead singer/songwriter John Easdale’s fiercest and most moving compositions, while the instrumentalists around him pound away with the energy of rookies while exuding the confidence of veterans.

There hasn’t been a Dramarama full-length album since 2005’s Everybody Dies. But, as Easdale told American Songwriter in a lengthy interview, the rust factor, well, it wasn’t a factor at all for the band, because of regular live performances and a built-in chemistry bred of familiarity.

“We had taken about ten years off through the 90s to the beginning of the 2000s,” Easdale explains. “We got back together and we’ve been playing together regularly ever since. When I say we got back together, it’s myself and the two guitar players, who graduated high school together. We’ve been together for long since before the band ever started. The one guitar player, Marc (Englert), I’ve known him since I was three or four years old. We lived on the same street. The other one (Peter Wood), I think I met him in junior high school. The drummer (Tony Snow) and bass player (Mike Davis) started playing with me in the 90s. It’s a pretty cohesive unit.”

“We’ve been playing together regularly for all these years. So it was no problem getting back together, so to speak. It was just a matter of recording it in fits and starts whenever we could get back into the studio. It’s not like we spent the entire ten years laboring in the studio. It was just something that took a long time.”

For Easdale, he didn’t feel like Color TV could take shape until he had the right combination of songs to tell the story he wanted to tell, even with over a decade’s worth of material written. “We recorded over that time a bunch more songs,” he explains. “But I would liken it to selecting short stories for a short-story collection. These ones all kind of fit together into an album with the sequence and everything.”

What emerged was a song cycle that maps out a distinct trajectory. The first half mixes pummeling diatribes on the declining state of the world on tracks like “Beneath The Zenith” and “Up To Here” with more personal descriptions of torment like “The Cassette” and “Swamp Song.” By the time the second half rolls around, Easdale’s protaggonists are actively in search of or have already found the benevolence of love on songs such as “Hold Me Tight” and “You, You, You.”

Easdale says that the album’s arc reflects his own life’s path while he was writing the songs, from someone recovering from substance abuse issues to a guy filled with gratitude for his good fortune. “In our history, I don’t have a tremendous amount of happy love songs,” he explains. “As the years have gone by, I’ve come to cherish my life and my family more and more. I was a lot more selfish when I was growing up and when the band first came out. I was fully submerged in drugs and alcohol and I would perform under the influence. Pretty much what I wanted to do is what you got. And I didn’t really take into consideration the fact that you might have paid money for a ticket.”

“It was just that whole Jim Morrison kind of thing. Now I definitely take into consideration the audience and try to do the very best I can. As far as love and happiness, I’ve found it and I think it’s because I’ve gotten out of my old selfish nature.”

Even as the album progresses through the themes of ruin and redemption, two things are constant: Easdale’s dexterous wordplay and the band’s potent yet melodic punch. “I just try not to insult the listener’s intelligence,” he says of his songwriting approach. “I try to write songs that I can be proud of and aren’t the typical ‘Baby, baby, baby’ songs, although there’s a place and a time for them. I love a lot of songs that are like that. But I just want to offer something a little bit more to the listener than that sort of thing.”

As for the evolution of the Dramarama sound from the punkier approach of the old days: “I think we’re a lot better at playing our instruments and playing together. When we first came out, we were a product of the studio. We didn’t play a lot of concerts before our first album (1985’s Cinéma Vérité) came out. And I think when we first did start to play concerts, we suffered as a result. I think now when we play live, we’re much better than we used to be. I don’t know if we’re better at our instruments independently. But I think we’re all better at playing together.”

Another trademark of Dramarama that continues on Color TV is the choice of left-field cover material. A lot of people cover Bob Dylan and Elliott Smith. Not many choose deep tracks like Dylan’s “Abandoned Love,” which the band gives a country-rock spin, or Smith’s “Half Right,” which gets a thundering reading to close out the album.

“‘Abandoned Love,’ even though I think it’s about interpersonal relationships, when I started playing it, it had a lot to do with me getting out of the substance abuse and getting away from that,” Easdale says. “Metaphorically, it appealed to me as that. I never walked away from my wife or my family. But I walked away from something that I, sadly, used to love. Something that I abandoned my life to and gave up large chunks of my life to. I regret it very much.”

‘Half Right’, also, is about substance abuse, that state of mind. I tried to capture it on ‘Swamp Song.’ Both of those songs fit into the theme of the record.”

Easdale admits that his writing could tend towards sunnier themes going forward. “I think I just have a greater appreciation for the love in my life and happiness. And I’ve found it a lot more. I think I was in not a bad place, but just a different place. And it wasn’t as good as it is now. I think going forward there’s a very good possibility that I’ll use that more as subject matter.”

As for his resilient band, Easdale sports an optimistic outlook on the future of Dramarama. “I’m amazed that we’re still doing after all these years,” he laughs. “I hope we get to keep going and play shows, although at the moment there’s no shows on the horizon for anybody. But I hope when things get back to normal, we get to go back to playing shows. And I’m going to try to write more songs and maybe we’ll get to make more records. I don’t know if I’d call it a new beginning. But I hope there’s still a little bit of gas in the tank.” 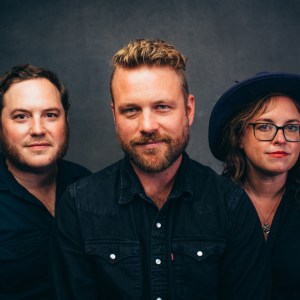 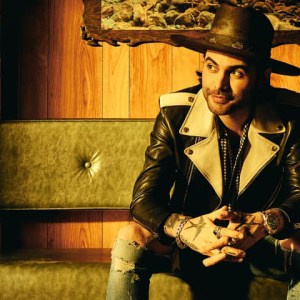