Being a rock and roll survivor isn’t always what it’s cracked up to be. You run into the problem of outliving your contemporaries, your idols, even your loved ones.

That sense of loss can be felt hovering in the margins of Jesse Malin’s new album Sunset Kids. The album title subtly references those close to Malin who passed away during the course of making it, including his father and Richard Bianco, the record’s co-engineer and a longtime collaborator. As Malin told American Songwriter, the bittersweet tone was set at the record’s inception when he approached Lucinda Williams to produce.

“It started when we went out and saw Lucinda play, opening for Tom Petty at the Hollywood Bowl,” Malin remembers. “It was one of the greatest Tom Petty shows and Lucinda shows that I had seen. We had this dinner the next night after the concert and we talked about making an album together. Six days later, the Las Vegas shooting happened, which was just horrible. The same day, Tom Petty passed away. There was right away this feeling like nobody saw that coming at all, at least not in my world. I didn’t know him personally, but it just felt like this thing right at the beginning of the record.”

Yet the album that Malin made, with Williams at the helm and many members of his core band in the fold, doesn’t just wallow in tragedy. Elegiac songs like “Shining Down” and “Room 13” are balanced out by peppy tracks like the apocalyptic yet grooving “Meet Me At The End Of The World” and the bouncy, bratty “Chemical Heart.”

Even though he’s been releasing records for a quarter-century both as a band frontman and solo artist, Malin doesn’t feel too far removed from his streetwise characters. “I still feel like I’m out here,” he says. “As much as time marches on and things change, some things are still the same. You’re still putting on your high-top sneakers and waiting for a van to come. You know, ‘Where’s the tequila?’ Looking for guitar strings and somebody’s late for rehearsal. There’s some things about this lifestyle, where it’s like it’s still the late ’80s and I’m standing out on Avenue B.”

If anything has changed from the early days to now, it’s Malin’s tendency toward a more empathetic songwriting perspective, which he credits to experience and circumstance. “When I was younger, I was writing for a band and four other people and there was a consciousness that I had to stand there with my friends. We could laugh at the world together and hide behind each other and act tough. There was more of an arrogance and insensitivity and a sense of humor. That gave us bravery and power.”

“I think when you’re stripped alone to sometimes have to sing these songs by yourself up there, it kind of knocks you back to the human side of your vulnerability. And I think when you’re vulnerable, you can also be sensitive to other people’s vulnerability and the fragility of how we all are. I think that’s something that people can relate to, when you can share something that everybody might have, that emotion or fear or whatever.”

On the one hand, the queen of alt-country pairing with a punk godfather seems like an odd fit. But Malin and Williams cultivated a friendship over the years, and their collaboration seems like destiny when you consider Malin wrote the tribute “Lucinda” in 2007. Still, he explains that her songwriting reputation made the team-up somewhat daunting.

“We’d go to her kitchen table and sit down and I’d bring a song. I was nervous. When we started doing that, it was like I was going to the lyric doctor. Some things she would just totally leave them be, and other things she’d be like, ‘I’m gonna change that.’ In ‘Room 13,’ I wrote, ‘All the stores are closed.’ And she said, ‘The liquor stores are closed.’ You know, God is in the details.”

Williams also made sure that the rhythms on Sunset Kids were as potent as the words. “We still record to tape and we would do two or three takes, whatever would fit on a reel,” Malin explains. “And then we’d go into the control room and listen back and be like, ‘Which one is the keeper? Is there a keeper?’ And she would always be able to peg the one that it was. One of the things we could always tell is if she was dancing, grooving her hips or moving in the room, then it was the right pocket, it wasn’t too fast, too slow. It was sitting right. She was this natural groove monitor.”

In addition to Williams’ contributions, Green Day’s Billie Joe Armstrong delivered a co-write and backing vocals on the melodic rocker “Strangers And Thieves,” about characters lost in the “tenements of life.” A visit to Malin’s old New York haunts inspired the completion of the long-gestating song.

“We were just having a Sunday afternoon walking around the city,” Malin says. “I was showing him where we all hung out as kids at the hardcore scene, where different clubs that aren’t there anymore were, just kind of walking around the East Side downtown. We talked about the song a little. Two days later, he went back to the Bay Area and I got a text with all the lyrics right there. It was very much a parallel experience of him growing up on a very DIY, Gillman Street, Bay Area, punk hardcore scene. That would be similar to what we had in New York growing up as kids, when you’re searching for a place that you can have your voice heard.”

A combination of nostalgia and melancholy drifts throughout most of the material on the album, something that the passing time seemed to dictate to Malin. “Looking back, we have lost a lot of people,” he says. “You get to an age where people who live on the edge, artists or fuckups or whatever, people in my crowd that I grew up around tried to live fast and, unfortunately, some of them died young. It makes you also realize that time is right now and it’s very important to make the most of it, be present and live every day like it’s the last.”

With Sunset Kids, Malin is controlling the downbeat narrative and mining it, as he has throughout his career, for memorable music. “It’s a part of life that’s going to happen to all of us. But there was this understanding that things can burn fast and you have to preserve them. And the idea that things that we lose, they’re still in our hearts and souls and we’re still touched by them. We still carry that spirit. I think songs and art and things like that are so connected to the heartstrings that we channel it to keep these people in our blood and keep their spirits in our lives.

“‘Keep on shining down on my life,’” Malin says, quoting his song. “That simple chorus, whatever you believe in, there’s some kind of beat to that.” 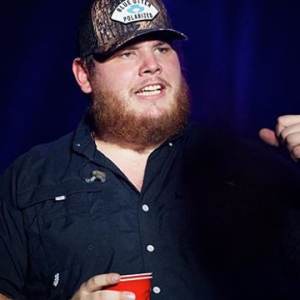 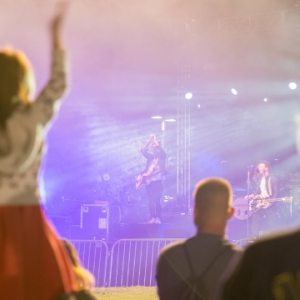