It’s easy enough to trick oneself into thinking that South by Southwest Music – the 6-day portion of Austin, Texas’ annual week long film, interactive and music conference – is like any other multi-day music event. The bands are on set schedules, so one should be able to walk up to a venue at any time, wedge into a crowd spot, catch the set and move on, right?

Unfortunately, that’s just not the reality. There is a prevailing “shit happens” factor that rears its ugly head often: venues reach capacity, press lists inexplicably cease to exist, transportation doesn’t get you where you need to be in time – any number of things can happen that will cause you to throw your schedule out the window. Backup plans are a must to avoid disappointments.

With regard to these types of scenarios, the first day (Tuesday) of the 28th annual music fest, running March 11-16 this year, was somewhat of a cruel reminder. Spotify House, a tiny haven set aside for the music app’s day parties, was overrun for the day’s headliners, Future Islands – total bust, but kudos to the Baltimore-based outfit for already garnering so much buzz well before the March 25 release of fourth album Singles.

No matter – the “cancellation” merely provided ample time to cruise over to ACL Live for the kick-off of the first ever U.S. iTunes Festival at SXSW. The concert – which featured performances by London Grammar, Imagine Dragons and Coldplay – represented a growing sisterhood between London (where the fest originated and occurs annually already) and Austin, making it a historic event in itself.

For the most part, the performances supported the surrounding hype. English openers London Grammar played a short set that overwhelmed the senses via the sweet serenades of vocalist Hannah Reid and heavy yet uplifting beats that shone a light on a lesser explored corner of trip-hop music.

Next up, Imagine Dragons proved that they are capable of much more than the perfect pop production heard on debut full-length album, Night Visions. Much of the Las Vegas band’s thrust this night came from the evidently expanded range of vocalist Dan Reynolds, who belted out hits like the Grammy-winning “Radioactive” and “It’s Time” in a powerhouse fashion that rivaled hometown peer Brandon Flowers.

Yet as much credit for what was clearly an arena-ready rock show – bolstered here by dazzling wraparound visual displays installed just for iTunes fest – was owed to lead guitarist Wayne Sermon, whose shred-worthy heroics evoked the wildest cheers as they reached hurricane force on the set closer, “Nothing Left to Say.”

After that display of visceral energy, Coldplay’s more tempered, sometimes painstakingly precise showmanship felt like a mixed bag. A lot of that uncertainty was due to a heavy focus on debuting new material – four songs out of eleven played from upcoming sixth album, Ghost Stories (due May 16). Each one of them – the show opening “Always in My Head,” the Phil Collins-esque “Magic,” the airy “Mother’s Arms” and the one-hit encore, “Midnight” – was pleasant and pretty, but overall lacked the galvanic quality of older cuts performed like “Clocks” and “Viva La Vida.”

All the same, it was a solid return for the British group, and frontman Chris Martin’s copious thank-yous to the crowd in the room – and for good measure, the worldwide fans watching the livestream – was humbling. The new material’s significance and impact may merely depend on how its arranged in the set list for future shows (opening and closing with these down-tempo tunes was underwhelming).

After 2-3 solid hours in one spot, the chaos of greater SXSW felt conquerable once again. But then, of course, Hype Hotel was at capacity and not budging an inch for Tokyo Police Club, so once again, plans changed. Though ultimately, that was for the better – it led to a somewhat random yet ultimately gratifying experience with Austin-via-San Francisco transplants Leopold and His Fiction.

The trio, whose rollicking sound falls somewhere between early-era Beatles, Chuck Berry and Franz Ferdinand took the stage as unknowns and successfully swept a crowd of a few dozen off their feet and into spirited bouts of dancing, clapping and singing. Sure, the audience was a lot smaller than Coldplay’s, but the result – gaining just a handful more avid fans – represented why, at its core, SXSW is still a marathon worth enduring. 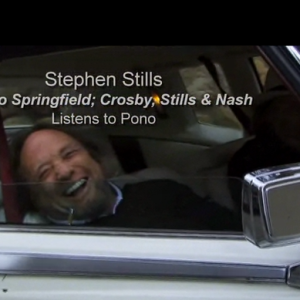 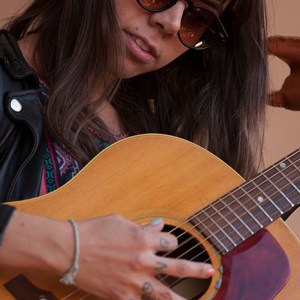