After 15 years in the making, Patterson Hood will release his second solo album, entitled Murdering Oscar (And Other Love Songs), on June 23. The new record will be distributed through the singer-songwriter’s very own Ruth St. Records.

Hood, best known for his work with the southern rock outfit the Drive-By Truckers, has called this batch of songs “very much a labor of love.” The 12-track album contains many songs that predate the Truckers, home recordings made when the unemployed and friend-less Hood first moved to Athens, Georgia. “I was still reeling from a divorce, the breakup of my beloved old band, and moving away from my family,” Hood writes on his website. “My songs of this period reflected this turmoil.”

The formation of the Drive-By Truckers sidelined the project for nearly ten years until 2004 when Patterson would revisit the music of his past, also adding newer songs to the mix. The result is an album that covers everything from Kurt Cobain’s suicide (“Heavy and Hanging”) to the songwriter’s adoration of family (“Granddaddy”). Speaking of latter, the album features the work of Patterson’s father, David, a legendary Muscle Shoals bassist.

In related news, the Drive-By Truckers recently returned to the States after supporting Booker T. Jones in Australia. The band reportedly has enough songs for a new record. 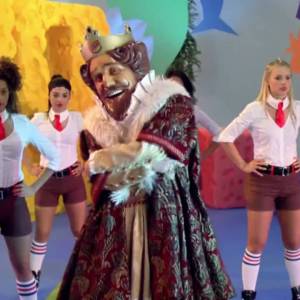