To understand the alternative Southern rock band, The Drive-By Truckers, is to comprehend the idea of duality. The group is constantly subverting the conventional world around them. It’s founding members, Patterson Hood and Mike Cooley, are longtime brothers in music and former combatants. Their histories are rooted in the South while their politics are rooted in liberalism. They are nuanced. And all of these elements show up on their forthcoming record, The Unraveling, set for release on January 31st.

For as different as Cooley and Hood can be, they both began their love affair with music at 8-years-old. The two met later in college at the University of North Alabama serendipitously to become roommates. But they quickly began to feud, argue and fight. Between spats, however, they played music. And while it took time for their audience to manifest, Cooley and Hood knew there was creative chemistry between them, even if there was also tension.

“Neither one of us was shit,” Hood laughs. “We were kids and it wasn’t like we were precocious talented kids. But Cooley’s got this weird thing he does with his playing that, once you really figure it out, it makes him such a weird and great guitar player.”

“We had chemistry right off the bat,” says Cooley, remembering the days and nights drinking cheap beer in their “crappy apartment” with nobody else around. “We sucked a lot of the time but we weren’t bad enough to deserve that lack of attention. People didn’t get it. People weren’t ready.”

In the decades since, The Drive-By Truckers have made a name for themselves from Alabama to California and beyond. While they are very much born-and-raised in the South, the two men have broad scopes of interest. For Hood, this began early and first crystalized on a trip to New York City with his father, David, the legendary session bassist for the Muscle Shoals recording studio and whose bass line on Mavis Staples’ “I’ll Take You There” will live forever.

His father, though, took him to the Big Apple when producing a record for a harmony-forward girl group. In the city, young Hood saw Greenwich Village, took the subway, hung out with musicians and visited Chinatown. Things that had once only been in movies were around him to touch and breathe in. When he returned to Alabama, he was able to deal with the bullying better knowing there was something better out there.

When considering a Southern rock ‘n’ roll band, it’s hard not to think of large sweeping ideas of embedded patriotism (see: Lynyrd Skynyrd). Fair or not, attributing a sense of regional pride to public figures from the area seems a natural reflex. But when talking with Cooley and Hood, both warn against personally harboring ideas of blanket-minded nationalism.

“I’m not anti-patriotism,” says Cooley. “But sometimes I find patriotism is used as a weapon against our fellow man more than a uniting force against evil. Saying, ‘I’m a patriot and you’re not’ is a way of saying, ‘Fuck you,’ when we probably shouldn’t be doing that.”

“It’s a slippery slope,” offers Hood. “A certain amount of Nationalism is a dangerous thing. It’s one thing to feel pride from where you’re from but it’s another thing to start thinking we’re god’s chosen people or we’re the only ones who are right about anything.”

It’s often said that the ability to hold in one’s mind two competing ideas at once is a sign of intelligence and complexity. If so, then The Unraveling is certainly a measure of both. The 9-track record is, in many ways, a blueprint to both understanding myriad toxic landmines in American society and ways to avoid them. Song titles range from “Babies In Cages” to “Heroin Again” to “Rosemary with a Bible and a Gun.”

The Drive-By Truckers recorded the album in a prominent Memphis studio, which included a surprise drop-in by Mick Jagger, who was checking out the space, himself. The record is replete with energy, using emotive rhythms combined with soulful musicianship and a blend of Hood’s comforting and Cooley’s twangy vocals. But while skill is displayed throughout, Hood says it wasn’t an easy album to compose.

“This album was really fucking hard to write,” he says. “Really hard. We tried to find a way to articulate the daily horrors and madness of what was going on every fucking day. To make it into something that anybody, including ourselves, would actually listen to. It took time.”

Now that the record is set for release into the world, Cooley, Hood and the rest of the band are ready to hit the road. While the group has already done some 3,000 gigs over its decades together, there is excitement to find out how this album – the band’s 12th – will resonate with fans new and old across the U.S.

“On the road, you see how much the country has in common with itself,” says Cooley. “The only thing that changes in one region to another is the accent. How people live, what they like, what they are willing to believe does not change.” 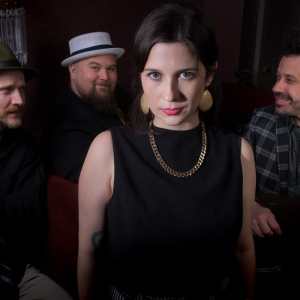 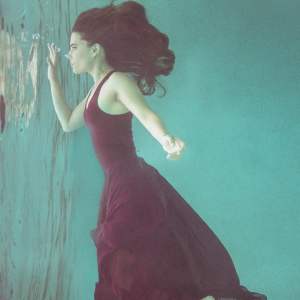