“Technology is driving the business forward. We need to encourage that while also making sure everyone is getting paid appropriately.”

That’s according to Paul Roper, the hard working President of Dualtone Music Group. The Nashville, Tennessee-based label is taking full advantage of Spotify’s resources with developing acts like Americana Award-winning Shakey Graves, which now has over 23 million streams and half a million monthly listeners. “It’s been a huge part of the development process.”

Dualtone is also home to platinum-selling, Grammy-nominated group the Lumineers. Their 2013 self-titled debut has registered nearly half a billion streams on Spotify alone and their catalog on the service has over 3 million monthly listeners. Could we see another Lumineers LP in 2016? Who knows? Read on to hear more of Paul’s thoughts on the benefits and challenges of technology, how it’s affected his label’s strategy, his ideas for directions he could see it taking the business, and why he believes a label is “essential” to an artist’s development in 2016.

How has Dualtone been able to use streaming to its advantage?

Specifically streaming has been a huge part of the development process and breaking Shakey Graves. The traditional record sales are great but not the full picture of how his audience has grown and developed online. Streams are over 23 million on Spotify alone. Their team has been big supporters from the beginning with newsletter, playlisting and sessions. There is a lot of data that these services have on their listeners and audience and those walls are starting to come down where labels will have access to their fans in unprecedented ways. Technology is driving the business forward, we need to encourage that while also making sure everyone is getting paid appropriately.

What are the biggest challenges streaming presents to Dualtone at this point?

The business of releasing records has to change and evolve with the marketplace. You don’t need 120 days to set up an album anymore. Superstar artists are proving this over and over with the surprise release. With more competition for attention of the consumer, trying to hold the marketplace’s focus over a long period of time in album setup is harder and harder to accomplish. Why would we not try to monetize when attention is at its highest point, at the time of announcing the album?

The hardest part now is that the streaming dollars come in gradually over years, monetizing a new release looks completely different and so the marketing setup and how the dollars are spent needs to change too.

There are pros and cons to both. If an artist skews heavy in the streaming space then we know the audience is younger and more likely to spread peer to peer. Band sells more tickets, which increases the artist profile which trickles down to our business. The publishing business has always been a penny business, that’s what it’s becoming on the master side; incremental transactional revenue that adds up to a big pie over time. On the flip side if an artist skews older to a demo that sells more traditional product, then the numbers are easier to project out.

There’s been a lot said about the way artists are paid by streaming providers. In your opinion, what’s a realistic, immediate step that a company like Spotify could take to improve the situation?

There is a lot of misinformation in the press about who is getting paid what. Most of the negative press and ridiculously low revenue figures are quoted because the artist or writer is speaking to what they received from their label or publisher related to these services. If you are a writer on a song written with three other people and you have a co-pub deal, quoting your receipts from streaming on a hit song is not helpful to the broader conversation. Same situation if you have a traditional royalty deal from a label.

On the other hand for us streaming represents about 25% of our total business and about 45% of our total digital revenue. That revenue is shared appropriately with our artists and they are happy. It could always be better and the market is getting to scale quickly. There are a lot of powerful players in the space that are doing great things. Amazon Prime is making a dent now, Pandora bought Rdio, Youtube launched their subscription and obviously Apple is going to be there. Spotify is at that tipping point where mass media buys could probably make a difference where 5 years ago they couldn’t. People are familiar enough with the service.

I think a broader partnership with someone like Comcast where a music subscription is an add on like HBO that comes with a trial at first could be huge. Comcast login works for your Spotify account … you can access Spotify via different channels on TV/Comcast too for other content. You automatically get to millions of homes. This isn’t a new idea but something I am surprised we haven’t seen.

With all the different release options available to an artist today, why should one consider potentially signing away ownership of masters/publishing or giving up a larger profit share to work with an independent label like Dualtone?

There is more noise now than ever. More records are released every year and only 5-8% sell more than 1,000 copies. Technology has made recording easier and getting to market easier with services like Tunecore lowering the barrier to entry. Rising above that static is incredibly challenging. Artists need a team to help open doors for them now more than ever. Our label’s brand is a big way to help get that first validation to press, radio, synch, festivals, agents….because we only sign a few bands a year when we do — it means something. Having a core of people dedicated to an artist’s long tail career growth is essential. 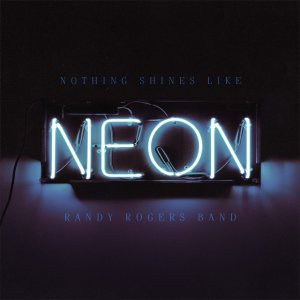 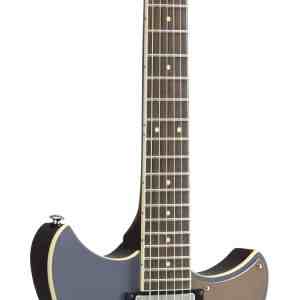