John Strohm means it when he says that he cares about the musicians operating to the left of the dial. He spent half of his career playing in critically-acclaimed and criminally underappreciated alternative bands like the Blake Babies (see video below), Antenna, and the Lemonheads, before moving on to get his law degree in the early 2000s. These days, Strohm is Senior Counsel at Loeb & Loeb in Nashville. He represents artists like GRAMMY-winning singer-songwriter Justin Vernon (aka Bon Iver), and Gold-certified rock and rollers Alabama Shakes, whose Sound and Color was nominated for Album of the Year at this year’s GRAMMY awards.

Most recently Strohm was a part of the team behind Sturgill Simpson’s 2014 breakout album, Metamodern Sounds of Country Music. It was cut for next to nothing (Simpson told American Songwriter it was “around $4,000”), and it was released via a non-traditional partner (Thirty Tigers). But an impressive online campaign allowed Metamodern to reach a wider audience, and it eventually rose to #8 on the Billboard Country charts. Simpson, who was also nominated for a 2016 GRAMMY (Americana Album of the Year), went on to sign deals with Atlantic Records and Downtown Publishing.

It’s not surprising that Strohm is also fan of streaming. “It’s been my prediction going back a decade that streaming would dominate,” he says. Read on to find out why the lawyer thinks the medium creates promising career opportunities for artists working outside of the box.

There’s a lot of buzz about artists being able to grow and break independently, especially with strong management teams. What’s does an artist’s ideal team look like in 2016? Do you still see advantages of partnering with a traditional label or publisher?

This depends so much on the type of artist, and what their individual goals are. It would be very rare to find a commercially successful artist who didn’t have a personal manager, agent, attorney, and business manager accountant; however, what makes sense in terms of label and publisher will vary greatly. It usually comes down to balancing the need for resources against the artist’s willingness to let the label or publisher have a seat in the creative process.

If an artist doesn’t need expensive resources such as access to commercial radio or extensive “song-plugging” support, then it often makes sense for the artist to keep the label and publisher relationships fairly bare-bones, such as a label services or distribution deal on the label side, or an administration deal on the publishing side. But minimizing the role of the label or publisher also means increasing the role of the manager, or the artist taking on more business responsibility. Every successful artist “team” is tailored to the specific needs and goals of that particular artist.

How has the growth of streaming affected the label and publishing deals that cross your desk?

I think at this point most everyone in the business has accepted that subscription streaming is a big part of the current business and an even bigger part of the business going forward. It’s been my prediction going back a decade that streaming would dominate, and we’re seeing that. We’re also seeing artist careers made through streaming, and labels using services as valuable A&R resources. Publishing deals haven’t been affected too much, since the deals are based on percentage splits of mechanical income that would include streaming monies. These splits have remained constant despite the rise of streaming. Nevertheless, there is a lot of focus on the proportion of master to publishing payments for streaming on the policy side, with the publishing industry generally unsatisfied with the portion of streaming revenue that is paid to the publisher.

On the label side, streaming has become a term that can tip the scales towards artists doing indie deals over majors. Majors have been fairly aggressive in negotiating the streaming rate, typically pushing to keep the rate consistent with the artist’s all-in royalty rate (which is typically between 15–20%). Indie deals are often based on a 50/50 net profit split, including streaming monies. Everyone realizes how valuable this piece of the deal is, so it becomes a major focus. The industry standard is still developing, and deals will probably look a lot different in coming years. I predict that net splits will become more common as the retail/wholesale royalty based on a unit of physical product becomes less relevant to the economic reality.

We talked to Paul Roper from Dualtone about Spotify’s problem with misinformation re: payouts. What are some of the biggest issues that you see holding back the streaming services at this point? How can they improve the situation?

It’s such a huge challenge, with billions of streams and millions of rightsholders. It seems almost inevitable that there will be some serious growing pains. I would like to think that the services are doing their best to pay the appropriate amount to the appropriate parties, and they’ve seemed to be responsive to criticism. We’re already seeing lawsuits, and there will be more. I’m hopeful that the future will be a selection of user-friendly subscription services that give consumers access to all recorded music and pay an appropriate split to rightsholders in a reliable way. We’re getting closer to that reality. Competition will force the services to maintain a quality product, and the pressure of rightsholders and their negotiating bodies such as the RIAA and NMPA will force the services to account and pay as they should.

On the other hand, there is so much misinformation about how artists and writers are paid, and so much emotion as they try to comprehend the new system. There is a danger of “devaluation” as we switch to an entirely new way to making music available; however, some people assume that going from a product-based system to one of micropayments for performances is a devaluation by definition. I’ve seen how the scale can work to artists’ benefit, and I’ve seen the opportunities that can come through streaming. There’s plenty to work out in how the system will work, but a great deal of it is a matter of time and exposure. I’ve seen plenty of streaming converts once people see how much money can be generated.

There’s been a lot of recent discussion about potential changes to copyright, consent decrees, rate courts, etc. By design, it takes a lot of time to update laws, but technology is exponentially changing how intellectual property functions in the market. Will the legal protections for music rights ever be able to keep up with the pace of technological progress?

We’re all hoping for an overhaul of the copyright act, and it will happen eventually. But Congress has a lot of important issues to address, and copyright law isn’t their first priority. But since we’re dealing with a copyright law that precedes digital, and amendments drafted decades ago to address specific issues, it’s clear the law is strained to deal with current issues. We’re able to protect rights largely through private contract; but as the technology continues to develop and evolve, we will need a new copyright act in the next few years. Then, I’m sure, we’ll need another one right away.

Moving forward, what do you see as a viable model for the music business as a whole? What can music creators and the folks who represent them do to move towards that?

One thing I like about subscription streaming is that, once it’s firmly in place, it’s tough to think what will disrupt that system. The business and laws are always scrambling to adapt to new formats that become possible via technology — wax cylinders to vinyl discs to cassette tapes to CDs to digital files — and it seems that once everyone can stream at CD quality at home, in their cars, from their phones, that we’ve arrived at a potentially stable place. If the industry isn’t constantly disrupted, then we can really get things right for once, with a fair system of licensing and payment. But we’re not there yet, and there’s so much yet to work out. But I’m optimistic we will get there.

For creative artists, the Internet provides opportunities to connect commercially without having to give up copyright ownership or creative control, which is fantastic. I hope this continues to be the case, as major labels figure out how to effectively market music in the digital space. I want major labels to continue to be healthy and to continue to find their way in the new industry, but even more so I want for there to be viable alternatives and opportunities for artists who exist outside the commercial center lane. If everything goes as it should, there will be more opportunities than ever for all sorts of artists to have careers and sustainable livelihoods. 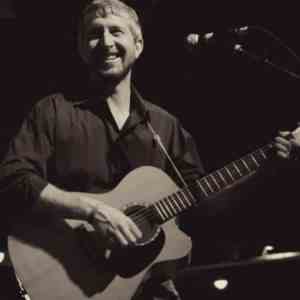 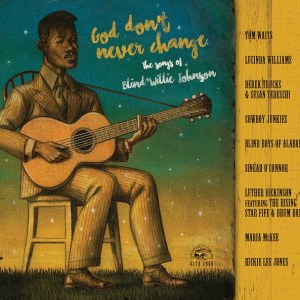