Dustbowl Revival  | Is It You, Is It Me | (Medium Expectations/Thirty Tigers)

It’s unlikely anyone who heard Dustbowl Revival’s 2011 debut, then listened to this one released a decade later, would realize it was the same band.

It has been a moderately long, strange trip for this West Coast outfit. The one time swinging, acoustic string based act with horns began as a sort of Squirrel Nut Zippers influenced bluesy, backwoods ensemble one would expect, at least judging from their depression era-derived name. But as the years and albums progressed, it became clear that Dustbowl Revival was too restless to stay locked in a single approach. By 2017’s self-titled release, DR had shifted into far more soulful and rock oriented, yet rootsy, waters. Three years later, they are ensconced in a cleaner and expanded, if still slightly retro, pop sound that recalls early Buckingham/Nicks Fleetwood Mac, especially through the vocals of front people/co-founders Zach Lupetin and Liz Beebe. Helped by producer Sam Kassirer (Lake Street Dive) who encouraged the band to basically start from scratch and disregard where they had been, the sound maintains its basic organic concepts, but is now built around catchier, some might say more radio friendly, melodies.

Regardless, this version of Dustbowl Revival is no slick sell-out. The acoustic opening of “Runaway” with its strings, fiddle solo and subtle New Orleans vibe won’t dissuade the band’s old followers while potentially attracting new ones unfamiliar with what came before. The soulful stylings of the previous album are also alive and well in the sweet Memphis groove of “Get Rid of You,” a topical song about school shootings that includes the angry lines “And all we ever see are the old folks doing nothing/You can shove it where the sun don’t shine with your thoughts and prayers/who f-ing cares.”

There’s also room for the sweet, stripped down love song “I Wake Up” that brings R&B and pop together in a lovely, 60’s-formed and above all catchy Sam Cooke type tune that should be a new Valentine’s Day standard with the words “when I look in your eyes, it’s like the first time.”

When drums pound out on the opening of the reggae-tinged “Ghost,” the sound doesn’t stray from the roots oriented appeal that Dustbowl Revival has established over the past decade. The Chicago-styled horns almost threaten to sink the opening “Dreaming,” but the honeyed melody and joint male/female lead vocals keep the earthy fires stoked.

Every successful act needs to adapt and change to keep themselves, and their music, vital. Dustbowl Revival has done just that, but with class, sophistication, terrific songs, distinctive singing along with a respect for their influences and fans that shows, and even enhances, their established eclecticism and creative talents.

[READ OUR FEATURED Q&A: Dustbowl Revival Confront Political Truths On New Album, ‘Is It You, Is It Me’] 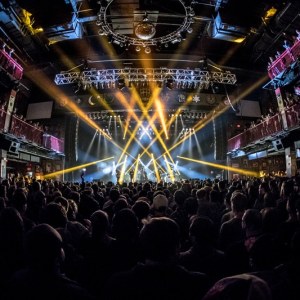 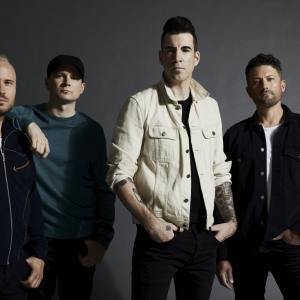