Conventional bluegrass jamming typically involves an unofficial ensemble playing through a genre standard, like “Blackberry Blossom” or “I’ll Fly Away,” and its members’ solos (breaks) are the only way to distinguish their version of the song from others. It typically does NOT involve tweaking a reverse delay pedal or adding distortion effect to a lap steel guitar halfway through a performance — unless the jammers are Greensky Bluegrass. But the experimental Kalamazoo, Michigan-based quintet have never been wary of scaring off purists.

“Listen, what we stand to alienate, we stand to gain even more,” singer/mandolinist Paul Hoffman says, “from just being ourselves. We’re not trying to prove some point or improve it [bluegrass], or anything like that. We’re just expressing our creativity in a way that makes sense to us.”

On January 10th, the band unveiled their second live album and first full-length video release, Courage for the Road, captured live from a September 2018 concert at Denver, Colorado’s Red Rocks Amphitheater. The show took place in a tour promoting their 2016 long-player, Shouted, Written Down & Quoted, but included cuts spanning their eight-piece discography (excluding 2019’s All For Money).

“It just felt like it was time to do something like that,” Hoffman says of the group’s video offering, which Delta Airlines has included in the listings of their in-flight programming. “Talk about a captive audience.”

Courage for the Road puts Greensky’s pyrotechnical live energy on full display, educating viewers on the potent combo of clawhammer banjo and strobe lights; bluegrass instrumentation and moon-shot rock vocals. It’s a cinematographic concert movie, almost redolent of Mumford & Sons’ filmed 2012 set at the same venue, but less self-serious (the intense theatrics of Mumford’s release overpowered its musical integrity). The video is a balanced presentation of the musicians’ dexterity and off-the-cuff writing abilities — jamming is improvised and, as mentioned, experimental decisions are made which make this performance different from any other.

Greensky Bluegrass is currently on tour through July 16th, ending with a show in North Plains, Oregon.

Courage for the Road can be downloaded here. 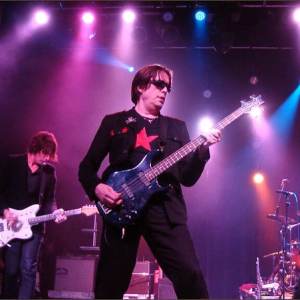 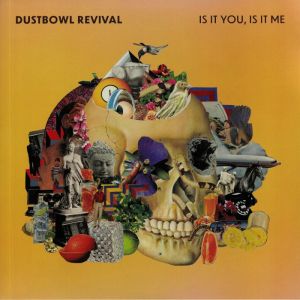