James Vincent McMorrow, like most musicians, can’t wait to get back out to play live music in front of in-person audiences again. “I’ve never been rooting for Big Pharma in my entire life as much as I’m rooting for them right now,” he tells American Songwriter, with a chuckle, over the phone from Dublin. “Most of our lives we spend talking about how everyone gets ripped off by the big drug companies, and now we’re like, ‘Come on Pfizer, come on Moderna!’ It’s the weirdest, weirdest energy, but whatever it takes to get back to work.”

The 37-year old singer-songwriter has spent the pandemic in his hometown of Dublin. Early on in the lockdown, he played his debut album, Early in the Morning, from start to finish, on Instagram Live. “Initially, there was that sort of furious sense of like, ‘Let’s just do things,’ which is where that Early in the Morning idea sort of came from,” he says. “Just this idea of like, ‘I need things to do, I need things to focus on, I need to give people things to focus on.’”

There were months of that, and then months of trying to do what he can to assist Irish musicians locally. Along with the months he took to polish his forthcoming album, which is due for release early next year. “The album was finished in February, but I opened it back up,” he says. “Because I thought, ‘Well, this time I’m probably never gonna get back again. So if I don’t take the opportunity to fix any problems that I hear, then I’d be regretting it for a long, long time.’”

McMorrow’s been giving fans hints as to what the new album will sound like, in the form of three singles that he has dropped over the past couple of months. It’s his first new music released in 3 years, since 2017’s True Care. The most recent single, “Gone,” came at the beginning of this month, revealing a different side to the artist — with its cheeky pre-chorus and infectious driving beat.

Although it’s the third one to be released by McMorrow, following “Headlights” and “I Should Go,” “Gone” was the first track he wrote for the new album. The song’s tempo is a lot closer to how the Irish singer speaks when he talks, and a lot further away from the delicate indie folk and dreamy R ’n B pop tracks he initially became known for — from the Steve Winwood Higher Love cover to Chris Isaac’s Wicked Game and his own material from We Don’t Eat to Rising Water. It’s also a lot closer to the kind of music he’s been wanting to make for a while now.

“The greatest thing that’s ever held me back in my career has been this inward conversation I always have when I make music, where I think about where to go and how it’ll be received,” he says. “I’m quite an anxious person. I definitely have a lot of imposter syndrome inside me. So when I make music that just comes so instinctively, and so naturally to me, then this period of second guessing kind of happens.”

McMorrow says others were interested in “Gone” but he became possessive over it, especially when he realized its lyrics spoke to his life. “When it came to creation, it was very, very fast and very easy, and once I’d reconciled all these different parts of my brain, and sort of leaned into the idea of the song, which is, I give less f***s than I used to, which is true, it became the calling card of this whole album — trying to find a space for myself where I just don’t care as much as I used to about the wrong things. I care a lot, still, but more about things that actually matter, rather than nonsense that just clutters up my brain. So this song was like the catalyst for the entire album in my entire thought process,” he says.

Over the years, McMorrow has slowly been relinquishing control over doing everything himself on his albums. 2010’s Early in the Morning was recorded alone in a small coastal studio just outside Dublin; 2014’s follow-up, Post Tropical, was made in a remote part of Texas with just a couple of studio engineers. It was only from We Move and True Care that he started working with producers, like Ben Ash (Years & Years and Sam Smith) and Nineteen85, best known for his work with Drake. On “Gone,” he worked with Paul Epworth — one of a number of tracks they worked together on for the album.

“I’ve been a fan of Paul, since I was probably 15,16. When I heard the Bloc Party album, and the Futureheads record, and all these things that he did; the way he moved through sounds,” says McMorrow. “He’s never stopped blowing my mind, as a person and making music.” He says he spent hours just playing synthesizers before recording anything with the Grammy and Oscar-winning Adele collaborator. “There’s one song in particular called “Paradise,” which, when people hear it, I think it’s gonna be a lovely moment, because it’s a special one. He’s a genius.”

McMorrow says the album speaks to all different sides of his personality musically and as a human being. “For me, it’s certainly a conversational arc that I’ve had for my entire career where, 10 years into making quite forward-thinking, quite genre-pushing music, there are a group of people that still want to call me a folk singer. And I love folk music as much as the next person, but it’s a very small part of it.”

He likens making music to filmmaking. “If Steven Spielberg was on E.T. 47, you’d be like, ‘Okay, maybe it’s time to make another movie.’ Music is supposed to push things forward, you’re not supposed to just run it back. You’re supposed to invoke different ideas and different motifs. That’s how I see it anyway,” he says. “I’m a person that sits in a room thinking of these skyscrapers to build.”

The album also signals McMorrow’s move to a major label, RCA Records, after going the independent route from the start. “I made a lot of money being an independent artist, and I think probably that’s a part of the reason why I was open to the idea of moving to a major label,” he says. “I’ve been doing this, releasing albums, 10 years next year, and I’ve been lucky in a lot of ways. That afforded me the opportunity to have that thought process this deep into my career to think what would happen if I made an album with the major label in that system, with a different dynamic and a different energy.”

McMorrow says it made sense to just go with his instinct this time, and not to overthink things too much, as he might have done in the past. “I’ve been going with my instinct a lot more,” he says. “But I was in a position to not have to overthink it because of the the 10 years that have come before.” Coming next, he has tour dates planned to play the new skyscrapers to fans in the year ahead — pandemic-willing.

Vinyl or Disc?
Buy from Amazon 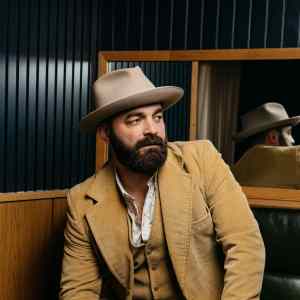 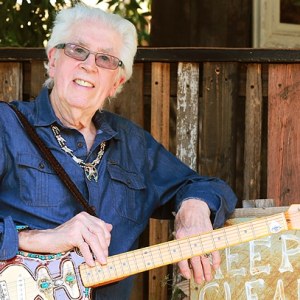