Phase three of Elvis Costello’s trilogy reviewing his life and career follows a biography (Unfaithful Music & Disappearing Ink) and the similarly titled double disc overview of his forty year catalog.  This stripped down, partly solo gig caught in Liverpool — one of his childhood homes — is a two hour concert recorded on the titular tour.

Costello’s in a talkative, generally jocular mood, telling occasionally awkward stories of his life and music, playing guitar along with some piano, and cherry picking hits and misses — old, new with a few covers — from his bulging, impressively deep and diverse catalog. He initially performs in front of an oversized TV screen that floats lyrics, quotes and pictures occasionally reflecting the songs. Later he moves inside that TV, which functions as a stage, to close the show.

While there is no doubt of his dedication to the solo concept, some of this works better than the rest. Although he was the lone guitarist in his Attractions (later Imposters) band, Costello’s playing has a rudimentary, boxy sound that doesn’t do many of the songs during the performance’s first half justice. He also has a tendency to sing slightly behind the beat, a mannerism that is far more obvious, and annoying, when his is the only accompaniment.  It’s encouraging to hear him dig deep and extricate lesser known gems such as “Watch Your Step” (from the Trust album), but the song doesn’t connect without Steve Nieve’s playful keyboards and Pete Thomas’ crisp drums. Slower ballads such as “Shipbuilding” and “When I Was Cruel No. 2” fare better. Yet a noisy version of “Watching the Detectives” where he creates live onstage overdubs is messy and overlong. Costello aficionados will appreciate the relatively rare “Ghost Train” getting an airing.

Sisters Rebecca and Megan Lovell of Larkin Poe join for most of the second half which improves things considerably. They add much needed musical variety with lap steel guitar and mandolin that provides a fuller, livelier sound, especially on the already frisky “Pads, Paws, and Claws.” Costello also pulls out a few nuggets from his 2014 Bob Dylan/Lost on the River Basement Tapes project after running down “Peace, Love and Understanding” on this 26-track gig.

Costello fans will eat it up, but there is little doubt many of these songs sound better and more exciting with a full band. That makes this an interesting but far from essential addition to his extensive resume, although it’s a must for those who have followed Costello’s musical peaks and valleys since 1977. But it’s far from the first choice you would point Costello neophytes to, for them to enjoy or understand his fascinating, often inspiring and eclectic career arc. 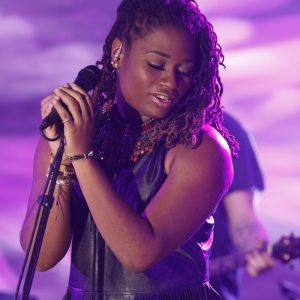 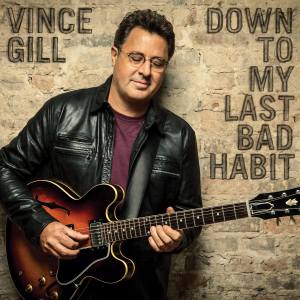