Notion Music, the creator of musical notation iPad apps and software, began its search earlier this year for up-and-coming, “foward-thinking” musicians and composers to appear in its “You Are Next” international promotional campaign.

– Admiral Fallow (Glasgow, Scotland) This indie folk/pop Scottish group is preparing to release their sophomore album Tree Bursts In Snow on May 21, 2012.    http://admiralfallow.com/

–Mike Miz (Northeastern Pennyslvania) is a guitarist and singer-songwriter. In 2012, he formed a band called MiZ.   http://mikemizwinski.com/fr_home.cfm

–The Collection (Greensboro, NC) is a 12-member band lead by David Wimbish, who employs as many as 20 instruments (including timpani, glockenspiel, and woodwinds) in a single track.     http://thecollection.bandcamp.com/ 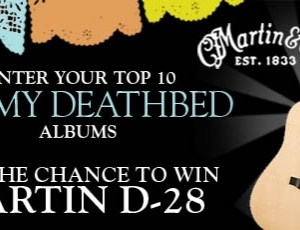