Evanescence songstress Amy Lee was never really that crazy about politics – until 2020 anyways.

This current year, that is full of uncertainty and an increased need for knowledge and solidarity, Lee embarked on a mission of outreach in the only way she knows how to, with her lyrics and music.

Evanescence’s new single “Use My Voice”, and the third in a string of new releases to come from their anticipated album, The Bitter Truth, is a call to the masses recalling Lee’s constant battle over the years to be heard and not succumb to persuasion.  The single is also being promoted in conjunction with HeadCount, a campaign that advocates voting and provides resources on registration at both state and local levels. Lee’s partnership with the organization comes from the world affairs occurring just this year, and she said it’s less about her own related past experiences and more about feeling connected and indebted to her country and what it needs now.

“It’s not a personal experience as much as a world experience, I think we’re all seeing a lot going on and there’s a lot to be uncomfortable with right now,” Lee told American Songwriter. “I have fought so many battles to be able to use my voice and have my art come out the way I want and it not be changed. I’m aware of that fight. I know what it’s like to fight the fight when someone is trying to shut you up. I am a firm believer that the truth needs to be heard and I think that is what can unite us. It’s simple. We need people to vote.”

The lyrics in “Use My Voice” utter the same message but through the lens of an artist fighting to keep the purity of her music. Lee began working on the song a couple years ago, but was holding onto it because she had not built a chorus part for it.  When all the events of 2020 popped off, she knew she needed to finish the song more than ever.  And her dear friend and fellow artist Deena Jakoub helped her realize the missing piece of the song.

“It’s good to play music for your friends and see what they like and think,” Lee said. “Listening with people makes you hear it differently and you criticize things differently when someone else is in the room. Deena is a close friend of mine and I had her come over one day and I showed her ‘Use My Voice,’ and it had all the parts but I just could not get the chorus down and right away she had an idea. The two of us were just kind of jamming around the room singing and screaming until we had that chorus melody. It’s such a beautiful moment and a song to be open to support especially from the women in my life.”

After seeing the power of feminine energy in the song with Jakoub, Lee recruited a group of her closest and strongest, most talented women in her life to elevate the song, with backup vocals, choral parts and orchestration. The added counterparts sharing the message on “Use My Voice,” include: Lzzy Hale of Halestorm, Taylor Momsen of The Pretty Reckless, Deena Jakoub of Veridia, Sharon den Adel of Within Temptation, Lee’s sisters Carrie South and Lori Lee Bulloch, Amy McLawhorn, wife of Evanescence guitarist Troy McLawhorn, and violinist Lindsey Stirling.

“I love that song so much,” Lee said about “Use My Voice.” “It was just a moment to feel bigger than ourselves and I love that.”

Although, Evanescence is still in the recording process for The Bitter Truth, similar themes can be expected on the forthcoming record, that address ideas on awareness, empowerment and unity.

“It’s called The Bitter Truth because one of the biggest themes for sure is truth vs. lies, love vs. hate, shining a light in the dark,” Lee said about the album. “It also connects to embracing our flaws and not being afraid to be who we are outwardly. I sing about it because that’s a challenge for me. I’m always singing from my own experience and desires in life and when that crosses over for someone else that’s awesome but everything I sing about is definitely from an introspective place.”

“This whole year has sucked so bad,” she continued, “But something good about it for me as a writer, is that everyone in the world at some degree is going through the same thing. We’re all up against similar problems with Covid and that we’ve all had to shift our lives. It’s something that has been good for me because I feel a connection to people around the world.”

Lee’s efforts to connect with the people around the world were also executed on the first single from the new record with the video for “Wasted On You,” which used shots from each Evanescence bandmember in quarantine that were pieced together for the complete video. The song that speaks on the difficulties of isolation with lyrics; ‘I don’t need drugs, I’m already six feet low, wasted on you, waiting for a miracle, I can’t move on, I feel like I’m frozen in time,’ simultaneously depicts the harsh realities of living in confinement and the emotional impact it has that are projected with each look into the members’ lives.

“Wasted on You” was followed by hard-hitting rock anthem “The Game Is Over,” before “Use My Voice,” all three of which are available on all streaming services now and the remaining songs from The Bitter Truth will be released incrementally over the coming year. Don’t forget to stay informed by going to HeadCount, where you can easily access useful resources on voter registration, early voting, polling locations and more ahead of the upcoming elections. You can listen to Headcount’s official PSA song “Use My Voice” here today. 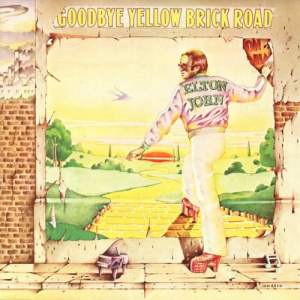 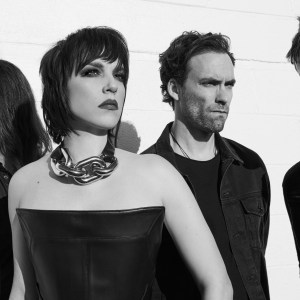