“I’m currently grappling with how to handle the mundane repetition of certain aspects of life, which I think everyone is,” says nomadic indiepop singer/songwriter Leila Sunier who is currently residing in Los Angeles. “The strange circumstances of COVID aside, your life is a series of patterns and regardless of who you are or where you come from, we’re all dealing with it.” It’s a rather layered thought from an artist who seems to focus a bit on drinking and its effects on life.

On the surface, her newest single “Everyone” sounds like a party girl on an alcoholic binge (“Do another / Do another / I feel so much better / When I do another”), but when you dig a little deeper, it’s more about using alcohol as an escape from the mundaneness of life.  When put in the context of the isolation we are all currently experiencing, it begins to transform into a hopeless and futile attempt at drowning out the noise for a bit of respite, even if it means finding comfort in alcohol.

“Like most of the songs on this project, I wrote ‘Everyone’ in the summer of last year,” she recalls. “I was working at a gastropub at the time and the relationships and memories I formed there certainly influenced my writing.”  Observing her clientele and the personality archetypes that she encountered as well as her own drunken escapades provided quite a bit of source material for her songwriting.

“’’Everyone’ describes the setting that I observed and took part in last summer; the repetitive and all-consuming nature of nights spent stumbling from one bar to the next,” she laughs. “I think it’s something most everyone can relate to. Everyone’s been a dum dum boy or girl at one point or another. Keeping yourself and your habits in check, though, that’s where it really matters at the end of the day.”

Whether she herself has grown from being a ‘dum dum girl’ is up for grabs, but what the experience has afforded her is this single and Where Everything Is Perfect, the upcoming album that it’s taken from. Like a playful Maggie Rogers, Sunier skips around the propulsive beat and cyclonic guitar, until the dainty and staccato Regina Spektor-esque chorus clips in to take over.  It’s an intoxicating song that immerses you deep into the swirl of her textures and spins you around to dizzying effect.

“’Everyone’ centers on this idea of patterns, habits, and routine,” she explains, returning to the systemic arrangement of repeating designs of life. “The context in which it’s written can be read as a negative and positive, but it’s something that I’m currently extremely fascinated about. Habits and routine can be good. They can also be extremely destructive. They also can be downright boring.”

Like the plight of most artists who thrive in the live context, being anchored in place because of coronavirus restrictions has put a damper on her promotion of her upcoming album as well as her own appreciation of the performance of music. “I really hope I’m able to tour and play live with a band in 2021,” she sighs. “I miss live music so much, it’s ridiculous. Even to be able to go to a set as an audience member and a fan… that would be heaven. I just want to be in a jazz club listening to some saxophonist’s licks and losing my mind over it.”

In her own position as performer, she hopes for a return so she can bridge her art to her listeners. “Figuring out how I was going to even start talking about my music again was certainly a moral hurtle for me,” she replies. “A lot has gone down this summer globally and the country is at a boiling point politically. I knew that the only thing I could do was be mindful of what I was promoting and how I was promoting my art. The only thing you can and should consistently do is to speak on your truth and what you know. Equally important is to listen to others and to promote platforms you believe in. Share information you’ve come across and try to learn as much as you can, all while understanding that all any of us are here to do in the first place: learn.”

It’s an ambitious plan she has, especially launching her music at the start of a divisive and noisy election season, but she has modest goals. “For my own music, the hope just remains the same that people hear it, relate to the stories, and feel just a little bit more connected and like their own stories have been heard and told,” she says. “I want people to feel seen with my music. That’s what music has done for me and that’s all I really hope to put forth in my own work.” 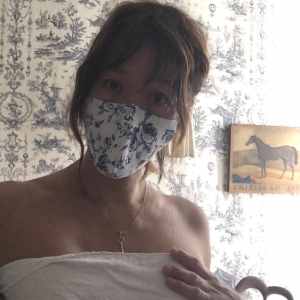 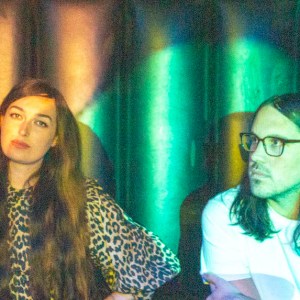