In many ways, the band, The String Cheese Incident, is synonymous with the idea of playing live. If you’ve ever been a part of their crowds, you know the wide, sweeping, jamming celebration that is a String Cheese show. Playing live is likely the one thing the band misses most during this upended era of COVID-19. But to continue to engage with its community, the group has been hosting regular “Friday Night Cheese” events online, during which the members broadcast past live shows, recent and old, for fans to relive or enjoy for the first time.

This New Year’s Eve, The String Cheese Incident will conclude the series with an exclamation point. It will stream the 20th anniversary of the Evolution concert filmed in 2000 in Portland and the band’s three-set NYE show in Broomfield, Colorado, from 2016. While 2020 has been a time of rest and reinvention for the group – including keys player, Kyle Hollingsworth – the band hopes, like many do, that the new year will bring the renewed opportunity to play again in front of audiences.

“We’ve been doing these free Friday Night Cheese events for about six months,” says Hollingsworth. “It’s great. Fans have been so thoughtful and it’s nice to see – well, it’s hard to say ‘their faces.’ But you can feel their energy watching it. All of us watch the shows and see the comments going by.”

Hollingsworth, who has played thousands of gigs with The String Cheese Incident over the group’s twenty-plus years together, says he still finds new things in each show he watches. Or, even better, Hollingsworth remembers how talented the group has been for so long, as a unit. When you’re close to something, it can be easy to forget how special or unique it is to everyone else.

“Sometimes it’s like, ‘Wow, the band can sound really good!’” Hollingsworth says. “It’s easy to be critical. As songwriters, you think you could have done something ten-times better. But if you look at it years later you say, ‘Oh, never mind. We sounded pretty good!’”

“The time was right and ripe for our type of music,” Hollingsworth says. “Phish had been playing a lot. They weren’t giant yet but they were following the model of The Grateful Dead. This idea of a rolling caravan, the continuous circus that would come to each show – that was very important to us. With the word ‘incident’ in our name, we were implying that each show would be different.”

But amassing a large fan base from city to city can cause problems, too. The band, which toured over three-hundred days a year in its early years, had to be cognizant of barring off as best as it could bad elements. Other jam bands in the past had seen groups infiltrate their audiences and try to sell drugs or involve people in other elicit activity. The String Cheese Incident, mindful of that, aimed to infuse as healthy a dynamic into its big shows as it could.

The String Cheese Incident, which has successfully battled Ticketmaster for the opportunity to control much of its own ticketing, released its most recent LP, Believe, in 2017. The album marked a significant sonic evolution from the group’s early days of fingerpicking string music. But it’s just as nuanced in its craftsmanship. This year, after a few months of a downtime during a scheduled hiatus, the band members are beginning to come together again (masked in-person or over the internet) to work on new music. Some of the new work may end up on solo records, some perhaps on a new band release. The effort is both an example of the members’ continued push for reinvention and an opportunity to restock the proverbial cupboards for better days.

“Our fingers are crossed for late July or August,” Hollings worth says. “We have some Red Rocks dates held. Maybe some version of those shows will happen.”

For Hollingsworth, who grew up the youngest of seven siblings and, as a result, was introduced to rock ‘n’ roll early in his life, forming his first band around 10-years-old, getting an education in music was always important. He majored in it in college at Towson State University and he’s participated and played in many genres since, from rock to jazz and big band. But, he says, his most challenging musical education came on the road with The String Cheese Incident, playing live nearly every day for many years. It was during these occasions that Hollingsworth felt moments of true transcendence on stage with friends and fans all around.

“What I’m missing the most these days,” he says, “is when you realize you’re not playing, but the music is playing through you. It doesn’t happen every night or every second night. But when it does, you’re like, ‘Wait, what just happened!’ That’s my favorite part.”

Pre-orders of ’Round The Wheel are available now HERE, and the album will begin shipping in early 2021.

You can order you New Years Eve show tickets here, too. 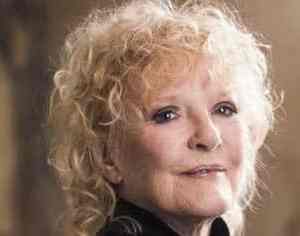 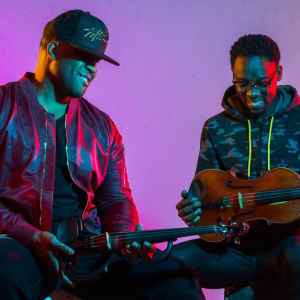