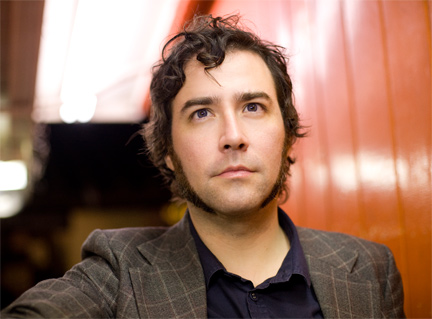 Acclaimed singer-songwriter Bleu wants to write a song just for you. Enter our contest to get a personally-crafted tune written for you by a hit recording artist who’s collaborated with everyone from Mike Viola to Joe Jonas, and who’s just-released album, FOUR, finds him at at the top of his game.

Runner ups will win autographed copies of his new album, which was funded by fans via a Kickstarter campaign. Now Bleu wants to give back. Check out the interview below for the full story.

Tell us about your new album, and your Kickstarter campaign.

I think FOUR is a natural progression for me. It’s still very eclectic (as I believe all of my solo releases have been) and a lot of the lush arrangements and soul undertones from A Watched Pot have carried over. But this record deals a bit more with some deeper themes of mortality, regret, loss, and redemption. As far as Kickstarter goes, Iloved the idea of reaching out to the fans to try and do something more with this record, but i was initially very nervous about the campaign itself. It was my manager’s suggestion (our first time trying anything like this), and I was genuinely concerned that we might have trouble raising our $8,000 goal in the 45 days we set to reach that. As you may or may not know, if a Kickstarter project doesn’t reach it’s goal in the number of days the participant allots, the campaign is considered unsuccessful and no one pays (or receives) any money (which could be embarrassing obviously)….I was completely blown away when we raised $10,000 in the first 12 hours, and $20,000 in the first 24 hours. The response was overwhelming, and we ended up raising $40,000. I still can’t believe it. It’s honestly changed my entire outlook on my career as an artist. I’m so thankful to have such supportive fans.

I want people to hear all of them! Seriously though, i feel pretty good about the record as a whole, and I still believe in the validity of the record as an art form (old fashioned, I know). It’s not a concept album or anything, but I do think it can take you on a little journey. If you don’t like cursing, i would skip track 6 though…

Tell us about a few of your favorite collaborations.

One of my favorite collaborators is definitely Mike Viola (That Thing You Do/Walk Hard/Get Him To The Greek). We have a band together called The Major Labels with our friend Ducky Carlisle…Mike’s one of those people who makes you feel like you’re a better writer when you’re with him..the creativity is always flowing with the spigot fully open, and the brain is storming (the castle!). Of course I always enjoy working with great voices..Jon McLaughlin, Chris Mann, Megan Joy, Zac Hanson, Megan Kabir, to name just a few (I’ve been lucky to have worked with so many).They’re all great writers, but hearing someone belt out that spine-tingling vocal as you’re working on a song can be so inspiring. And O have to mention my long-time collaborator John Fields… he comes at his writing from a production angle, but his ability to get an incredible track going in seconds-flat, and really envision the final recording as a whole has always led to great material, and pushed me in new directions.

What was it like working with Joe Jonas on his solo album?

This may be a bit premature, as i don’t know quite when or what will be released, but, I genuinely enjoyed working with Joe. He’s very open, and so positive about the collaborative process. He’s got a great voice, and i think his instinct for hooks is fantastic. The songs I worked on with him were a bit of a departure for me (and him as well i think) and i think it was exciting for both of us to be moving into new territory.

How are you able to collaborate with artists across such a wide spectrum of genres? Does it take a special kind of writer or ear to pull that off?

I’ve always had extremely eclectic tastes, and I’m always looking for something new to inspire me. So, for me it feels pretty natural. It can be difficult to be “authentic” to many different styles, but I endeavor to keep good hooks at the core of it, and when I’m entering into somewhat unknown territory, i defer to the locals, so to speak.

What inspires you to write a song?

Everything. emotions, personal experiences, books, TV, movies, news, everyday conversations, deep thoughts, other music, collaborators, beats, instruments, the need to communicate with fellow humans, food, art, the sound of the windshield wipers..and the list goes on and on.

Tell us about the “Birthday Songs” you’ve done.

It started as a cheap (but personal) way to pull together gifts for friends and family. They’re a total blast to make because there’s no pressure to do anything but please the recipient (who is predisposed to enjoying it anyway!) These songs are, in a way, written for an audience of one, which is a pretty unique situation. If other people get a kick out of it, it’s all gravy, as they say.

Imagine you get to write with any songwriter in the world, living or dead, but you can only choose one. Who would it be?

Ifeel like I’ve already gotten to write with possibly my favorite writer of all time (Mike Viola) But, i think I’d have to say, either Jeff Lynne or Mutt Lange (both alive! Bonus!) I’m semi-obsessed with both those gentlemen (I have side projects dedicated to both – L.E.O. and LoudLion). Obviously, they’re both iconic producers as well, so, in my fantasy, we’d be co-writing a Bleu song, and then they’d be producing it. 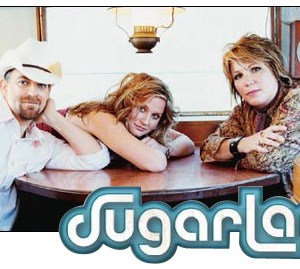