Even though Brantley Gilbert is one of the most successful solo country artists in the world, he often uses the word “we,” not “I,” when discussing his career. He’s referring to his team – comprised of “our band and our crew and also our management and the [record] label. We say we’re a family, and I truly do believe that. I couldn’t be more thankful or appreciative for those guys,” he says.

On October 2, Gilbert released a deluxe edition of Fire & Brimstone, his fifth studio album that originally came out last year. This new version contains two new tracks, “Hard Days” and “Old Friends” – the latter of which is a beautiful ballad that is a touching tribute to one of Gilbert’s “road family” who passed away last year while they were out on tour.

“Old Friends,” which Gilbert co-wrote with Brock Berryhill and Randy Montana, “was inspired by one of my dearest friends. His name was Alan Ditch,” Gilbert says. “He was one of my favorite people in the world. I’m sure we’ll circle back and talk about him again in future songs because he did leave such a legacy and some awesome memories for us to remember him by. This song is hopefully the first of several that he will be a part of.”

The other new track, “Hard Days,” is also meant to be something of a salve, as it is a heartfelt rumination on getting through difficult times. “I feel like with everything that’s going on in the world right now, it’s a song that people need to hear,” Gilbert says.

In an unusual move, Gilbert stepped in to work on “Hard Days” after much of the writing was already completed by Brock Berryhill, Logan Wall, Jimi Bell, and Jay Brunswick. “I always like to be there from the beginning of the writing process through the end,” Gilbert says, “but Brock Berryhill called me and said, ‘Man, we started something today that I am really proud of and I want you to hear.’ I listened to what they had and it really blew me away. What I love about it is, it’s a song that meets you where you are. It’s not preachy, it’s not ‘soap boxy’ – it just kind of levels with you. I couldn’t be more proud that these guys gave me a chance to be a part of the song – it was absolutely amazing.”

Staying open to new ways of approaching songwriting – or finding ways to make others’ writing mesh well with his own – has been a hallmark of Gilbert’s career. He believes this is one of the reasons why he was able to come up with his distinctive rock-tinged take on country music. “A lot of the music over the years evolved because of the guys that came into the band, and influences that they brought with them,” Gilbert says. “Their styles, the inspirations they had – one big melting pot of stuff that probably shouldn’t go together, we made work.”

If Gilbert seems less ego-driven than many solo stars, it could be because of the attitude he’s had about his work from the start: “Through the entirety of my career, I’ve always seen myself more as a songwriter, really, than an artist,” he says. “That’s allowed me freedom to bounce in and out of different genres and write with no rules.”

Gilbert admits that he was actually prone to breaking the rules right from his earliest days. “To be completely honest, when I was learning guitar at an early age, I didn’t do very well with lessons – I don’t think I went to many,” he says. “And as I started playing, I didn’t really want to learn a bunch of other people’s stuff. I always wanted to create my own.”

There were also no boundaries, as Gilbert saw it, with the type of songs he was creating. “When I started writing music, I didn’t really set out to categorize myself in any way, form or fashion. I just wrote what I liked. If I had a song idea, I wrote directly to that idea regardless of what genre it leaned towards.” In the end, his work ultimately “leaned to country because, well, Jefferson, it’s country!” He’s referring to his small hometown of Jefferson, Georgia; he still lives in that area with his wife and two children (though today he’s calling from Nashville, where he’s visiting for business).

While Gilbert has been loyal to his hometown, he knew he’d have to take his music farther afield if he was going to build a career. He recalls his early days playing shows in the nearby college town of Athens, Georgia. “I feel like we were blessed to work our way up from those little dive bars and motorcycle clubs and the VFW [halls],” he says. “I feel like that taught all of us a lot, and it has a lot to do with who we are today.”

Though he gives much credit to his band and crew, Gilbert also talks about doing much of the work entirely by himself in those earliest days. He remembers independently recording and releasing his debut album, Modern Day Prodigal Son, in 2005, and how, when he got the CDs, he personally took orders online, “handwriting addresses and mailing them out by myself,” he says.

That album was re-released on a label, Average Joes Entertainment, in 2009. It contained the songs “Dirt Road Anthem” and “My Kinda Party,” which caught country superstar Jason Aldean’s attention. Aldean recorded those tracks for his 2010 album, My Kinda Party. This turned Gilbert into a superstar, as well: he has gone on to write eleven charting singles, including four that reached number one.

Now, Gilbert knows he will need to sing his hits like “Bottoms Up” (2013) and “One Hell of an Amen” (2014) at every show he does from now on – and he’s completely fine with that. “For me, it brings back memories,” he says. “If it’s a party song, it always brings back good things. And if you write a song about heartbreak or something that hurts or hits home really hard, for a little while in the beginning of the process, it can reopen wounds. But with time, I feel like it’s therapeutic and a way to wrap my mind around it, come to terms with it, and move forward.”

For years, Gilbert has used his celebrity status to help other people move forward in life, as well, through actively working with various charities. When deciding which causes to support, “I gravitated toward the military,” he says. He has done USO tours, performing for American service members stationed overseas, and he says of that experience, “I don’t know that I’ve ever played for or worked with a more appreciative group of folks. They truly are heroes to me.

“We think these wars are over, but these guys and girls are still fighting them every day,” Gilbert continues. “That’s not something I did. I didn’t make that sacrifice. I didn’t sign up for that. And those guys and girls did. I feel like we owe it to them, in the least, whether it’s raising awareness or trying to help them reacclimate to coming back Stateside.”

To that end, Gilbert has also become deeply involved with the Farmer Veteran Coalition (FVC). “They try to help guys and girls who are coming back get into the workforce. If you look up what they’re doing, I think it’s quite remarkable,” he says. This year, Gilbert and Kubota Tractor Corporation teamed up with FVC to donate equipment to veteran farmers. “I’ve got to say, it was pretty moving to hear the stories and to get to shake hands with the people,” Gilbert says of that project.

Gilbert also teamed with FVC on another program earlier this year: “Before our tour was cut short by the pandemic, we teamed up with the FVC, finding local farmers around the areas that we were playing shows, and they would supply the food for catering. What was left over from the catering went to different organizations in those communities that were battling hunger. I got to meet the farmers. We got to show them a little bit of our world, too. It was just a super cool thing.” When touring is allowed to resume, he says, “I hope it’s something that we will be able to pick up with where we left off.”

Because of his music and his charitable work, Gilbert has undoubtedly made a positive difference in the world – but he is the one who expresses gratitude as he looks back on his career. “I’m just thankful that it did happen the way it did. Even the tough times. Knowing how the story ends up, it’s worth it.”

Get it on Digital or CD
Buy from Amazon 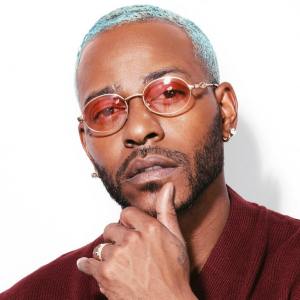 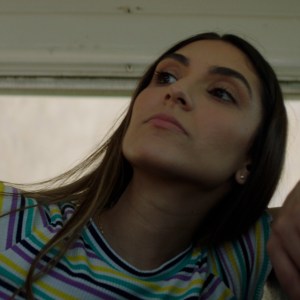