Tomorrow, Los Angeles singer-songwriter and self-described “romantic indie soul” artist Leila will release her debut album, Glass Highways, but first, she wants to make sure you’ve made a plan to vote.

Leila’s new single “Go On Young Soul”—premiering below—arrives with a timely video about the awesome power of casting a ballot. The song is stirring and soulful, pairing Leila’s deep, bellowing vocals with spare piano and haunting back-up melodies. The video, meanwhile, pairs protest footage with a moving storyline about a young woman (Leila) and her mother (Maritza Brikisak).

“There’s no escaping the mania of 2020,” Leila says in a statement, “but there is desperate hope amongst millenials to improve it by casting our ballots. Needless to say, we have been awakened as a generation. Despite all the perceived in-fighting, we’re communally trying to make the most of this life—a pursuit so characteristically human. It’s the power vested within us to vote for better, and we should exercise it wholly.”

“Go On Young Soul” comes after Leila’s recent single “By You Now.” “Despite how emphatically we attempt to distract ourselves, the reality of heartbreak inevitably sets in,” Leila said of the song upon its release in September. “That’s the arc I was going for in ‘By You Now’ with a vibrant upbeat opening that ultimately leads to a somber and lonely ending.”

Both tracks follow “Gone For Long,” “Missing You,” and “Glass Highways.” All appear on Leila’s debut album, which was produced by fellow LA musician Tim Carr. Leila wrote many of the album’s ten tracks after moving from Pennsylvania to LA and joining the Angel City Chorale.

Leila hopes to encourage political engagement through her new song and video, but she doesn’t push any specific candidates or issues. “In a time when the country is so divided,” she explains, “I tried not to be prescriptive in my message, but rather encourage those watching ‘Go On Young Soul’ to decide where they stand. Ironically, despite all the social media fanfare, it’s only our private voices that count come election day.”

For Leila, “Go On Young Soul” is ultimately a call to action. “While it feels like our psyches are bombarded by chaos,” she says, “I hope that ‘Go On Young Soul’ reminds viewers that the choice is always their own, and can be exercised as such outside of the cacophony that is the year 2020.”

“Go On Young Soul” is out October 28. You can pre-save Glass Highways or order it on vinyl here, and you can register to vote here. 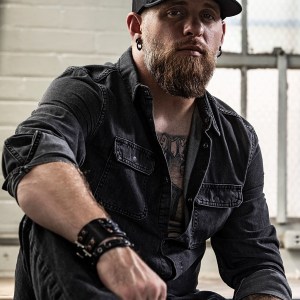 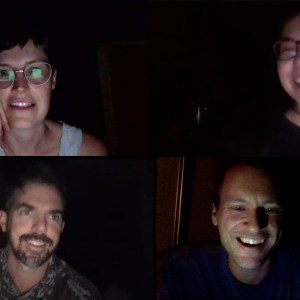