With First Rose of Spring, Willie Nelson’s studio album tally is up to 16 — for the last decade alone. (It’s 70 overall — so far.) Lately, they’ve started rolling into one another, like points along a continuum rather than discrete entities. But even though his last few releases have been thematically similar — he’s been ruminating about mortality, loss and life in the rear view for some time now — they’re each worth savoring as genuine pearls of musical wisdom, delivered by our most revered sage of country Zen.

When a beloved icon reaches Willie’s age — 87 — we tend to search for signs of diminishment; wavering notes, hints of weariness. But there’s nothing here that remotely suggests any need for pity or forgiveness from the listener; of course, we can’t know what tomorrow brings, or if tomorrow will continue coming — for Willie or any of us — but this is not the work of a frail man straining to coax each breath from his tired lungs. On the contrary. When we hear signs of the vulnerability that inevitably comes with age, it manifests as a voice that’s comfortably worn — exactly as it should be for a song titled “Don’t Let the Old Man In.”

That tune, one of the album’s standouts, sounds like it came directly from one of Willie’s autobiographies — but he didn’t even write it. Toby Keith, who turns a mere 60 on July 8, penned it a couple of years ago, inspired by a conversation with Clint Eastwood. Keith, whose reputation is more good ol’ boy than sensitive, insightful lyricist, nonetheless smacked a homer with this one, batting with these two little lines: Ask yourself how old you’d be/if you didn’t know the day you were born.

Willie and producer Buddy Cannon have nearly faultless instincts when it comes to song selections; for First Rose of Spring, they went diving through decades and surfaced with some outstanding choices, including the title tune. Melancholy and elegant, it sets the tone for an album that, unlike his last few, skips the knee-slapping comic-relief entry in favor of subtly humorous leanings in songs that don’t go where expected — i.e., Billy Joe Shaver’s “We Are the Cowboys.”

When he gets to the lines, Cowboys are average American people/Texicans, Mexicans, Black men and Jews, it’s no longer a tune about range-roving men on horses. (The video, however — directed by Willie’s youngest son, Micah — features Willie charmingly interacting with some of his.)

Willie and Cannon cowrote only two tracks here, but both are quiet stunners — especially “Blue Star,” a love song from a man who knows he’ll be exiting this life first, but promises his love they’ll meet again in heaven, telling her, I’ll be the blue star on the right. The song is simple, but its emotional impact is huge, heightened even more by Willie’s delivery; the way he controls his vocals, adding just the right amount of vibrato at just the right moments, is still a marvel. When his filigreed Spanish guitar interlude comes around, he strikes Trigger’s low E string till it vibrates even more than his still-so-elastic vocal cords, somehow creating a soothing sense of warmth and security that wraps around the listener like a hug.

On their other collaboration, “Love Just Laughed,” Willie’s quirky, behind-the-rhythm gypsy- jazz break has the opposite effect; it’s almost spine-tingling. His playing simply never gets old.

There is one spot where the album plods a bit; surprisingly, it’s Chris Stapleton’s “Our Song.” Maybe it’s the tempo, or the rhyming-dictionary lyrics, or the fact that it follows the carefree jazz-blues number, “Just Bummin’ Around” — a song made for a soft-shoe, hat-and-cane dance routine.

That tiny demerit is more than offset, however, by “Stealin’ Home,” cowritten 18 years ago with him in mind by Marla Cannon-Goodman (Cannon’s daughter), Casey Beathard and Don Sampson. Willie does reflective, bittersweet nostalgia so well, especially in a song like this one, where it builds as the story unspools.

He wraps it all up with another of his specialties: a cover of a classic that he inhabits so deeply, it takes on a whole new life. “Yesterday When I Was Young (Hier Encore)” ranks right up there with “It Was a Very Good Year” as a regret-tinged survey of a man’s impetuous past. Here, Willie’s voice is sure and strong, his guitar-playing fluid, understated and gorgeous as ever. With strings, softly brushed drums and other instruments accenting, not overwhelming (which occasionally happens elsewhere), it’s just lovely.

And it leaves us looking forward to whatever might come next. 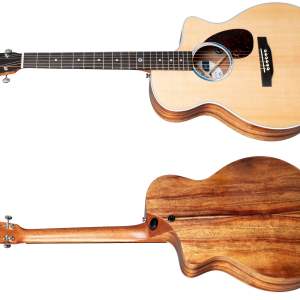