Former pop-artist and California-native, Bryan Lanning, makes his country music debut with a new full-length album, titled Same Town. The 12-track release, produced by Daniel Martin, is a follow-up to his recent EP release, Illegal, and his 2017 debut full-length release, Us.

“If you turn on pop radio, it’s so hard to find real guitars anymore,” Lanning began to explain about his genre transition. “They’re almost always programmed and fake, and I just never was able to connect with that as much as I wanted to.”

This observation led Lanning to a tipping point. He approached Martin about completely switching gears. “I was just so uninspired, and I wanted to write country songs, and tell the real stories about my life. Growing up, my life with my family, and it just clicked naturally. I think that country music’s storytelling aspect is so important, and people take that for granted.”

He embarked on this country music journey last summer when he completed construction on his studio he now manages, Cali Co. Music in Southern California. Lanning shared that the transition from his background in pop music felt like “coming home.”

The lead single, “Hey!” blends the two genres, a sonic easing into his new niche. What it lacks in programmed instrumentation, it boasts with twang-tinged guitar circles that set the tone for his new collection.

Born to a single mother and older sister in San Diego, Lanning spent his early childhood bouncing from apartment-to-apartment with them. He remembers time spent “camping” in a local park, which he later learned was a temporary shelter-situation after intermittent evictions. The three moved to Idaho when Lanning was six, where his grandmother placed him in the Idaho Children’s Opera and then the school choir. Here he learned to use his voice as an instrument.

Lanning’s mother remarried, moving the family up to a quaint life in the mountains. Between working in the yard, collecting wood for warmth, and going hunting and fishing for food, he became a fan of country music. The simplicity of it all stuck with him. So, when he married his wife, Missy, in 2008, they sold their belongings and headed back to the west coast.

The follow-up single, “Golden State of Mind” and the third track from today’s release, “Country to the Coast,” narrate this ‘homecoming’, entangling the westward move and the stylistic shift of his music. A blend of Orange County and Nashville friends came together to complete the project. Some songwriting, a few pedal steel or electric guitar sessions were recorded in Nashville, then sent back to mix in-house.

“It’s cool because even during this pandemic, I don’t have to be in Nashville looking for guitar players. It has shown the world that you can pick up a phone call and say, ‘Hey, I want to play this for me.”

Lanning has written with producer Daniel Martin for almost six years now, so he’s on all the album’s songs. The artist collaborated with only a few hand-picked co-writers, including Martin, Rachel Talbott, Jillian Allen, Daniel DeNeve, Alyssa Wilkens, Coleman Keffer, Pamela Myburgh, and Stefan Myburg. Writing with friends kept the content intimate, for the sake of an authentic outcome.

“When you approach the genre with songwriting, the intent is different. Pop listeners are listening to the song for a different reason than country listeners,” Lanning offered. “So, I feel like that role just kind of fits me naturally. I wasn’t trying to be someone who I wasn’t or trying to make my life look like something that it isn’t.”

The country newcomer is most excited to share “Dripping honeymoon” from his record. When the writers came together around the table for this one, Lanning recalled it feeling different from the rest of their work. “I can see people dancing to it at their wedding or anniversary. That just gave me all the feels,” he explained. “As soon as we started writing that one, we were like ‘Oh crap, it’s a wedding song; the pressure is on.’ We took our time with it and made sure to get it right. We didn’t want to overproduce it or throw in too many unnecessary lyrics. So that one feels like it’s next level. It’s simple and meaningful, and I’m just really excited to see how people react to it.”

Lanning acknowledged the inconvenience of producing his first country record amidst a pandemic but aired more on the positive side of embracing the circumstances with an open mind. He spent the extra time considering the creative delivery. “It’s given me space to think and strategize. Obviously, I’m not out on the road performing these songs yet, so it didn’t affect me too much when that stopped, but I’m ready to get out there now.”

He hopes that by early next year, he can start performing these songs. “That’s the whole point of the album,” he continued with optimism, “to have material that I can perform live and get used to being on a stage and serving that to people.”

Listen to Bryan Lanning’s introduction to country music below with his new record, Same Town. Keep an eye out on tour announcements and artist updates here. 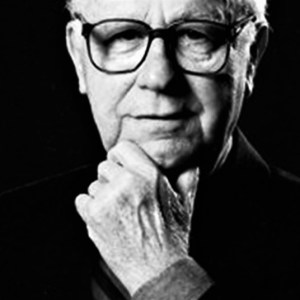