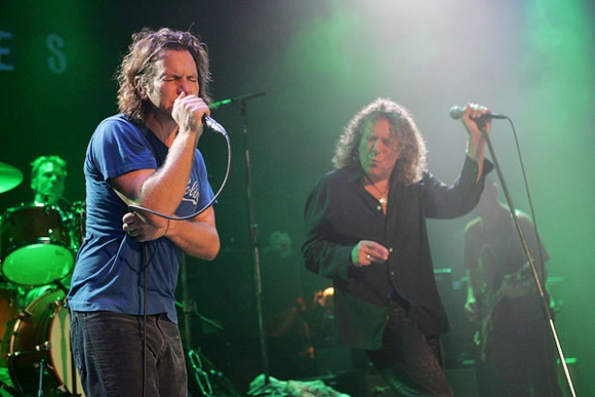 Thanksgiving is all about giving thanks, and what is a cover song if not a thank you to the music gods? Led Zeppelin’s 1969 power ballad “Thank You” has been covered by a wide variety of artists (it’s also a staple at weddings). Check out the video evidence below.

If anyone can sing as high as Robert Plant, it’s Soundgarden frontman Chris Cornell. This performance comes from Stockholm, Sweden in 2005.

Anyone remember Tesla, and their 5-man acoustical jam? Some of us do, embarrasingly well.

Tori Amos converts the song into a moody piano ballad, as she’s wont to do.

Pearl Jam go the extra mile with their cover, inviting Robert Plant out to handle the vocals at a gig at Chicago’s House Of Blues in 2005. Guitar solos abound. “Thank You” doesn’t appear Celebration Day, the new CD/DVD capturing Led Zeppelin’s 2007 reunion concert, but here’s a good indication of what it might have sounded like.

Speaking of Plant, here’s a wild rarity — a Zeppelin/Queen mash-up from 1992. Plant fronts Queen for a medley of “Thank You” and “Crazy Little Thing Called Love,” a song he was practically born to sing. 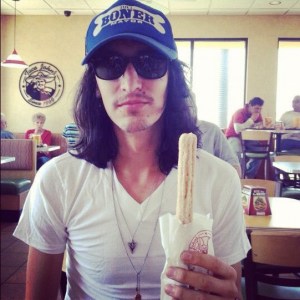 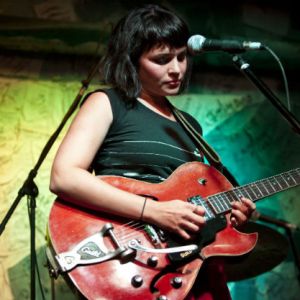