“I’ve got to find a place to sing my words/Is there nobody listening to my song?,” laments Peter Green on the deceptively titled “Before the Beginning.”

That should have made it clear to even listeners who didn’t know the legendary guitarist was having psychological issues, there were problems that needed tended to. About a year after the song was recorded, Green left Fleetwood Mac, the band he founded. He returned to live performance only sporadically decades later and with a shadow of the genius and intensity demonstrated on the three albums he recorded with the outfit.

The musical dichotomy of Green and his leadership of the first version of Fleetwood Mac is on full display for Then Play On. It was his swan song with the group and dovetailed with the abrupt end of his ascent to the upper echelon of young, white blues guitarists. The album combines moments of exquisite tenderness as in the heartbreaking beauty and melancholy sadness of the delicate “Closing My Eyes,” (“Someday I’ll die and maybe then I’ll be with you”), balanced by the wryly humorous, sexed up blistering boogie of “Rattlesnake Shake.”

There’s rugged blues rock jamming on “Fighting for Madge” and “Searching for Madge” displaying the fretboard fireworks generated by Green and guitarist Danny Kirwan as they sparred in the studio with the muscular rhythm section of bassist John McVie and Fleetwood on drums bolstering the intensity.

The songs, all by Kirwan and Green, incorporated folk, psychedelia, and of course blues, but stretched and combined those genres with a lyrical and musical inventiveness that remains fresh, radical and edgy. Green’s dissatisfaction with the commercial music world was in full flower on the sardonic showcase “Show-Biz Blues” where he sings “You want me to make a last cry I’ll be satisfied/And that’s exactly what I mean to do” as he slashes away on his acoustic like he’s using a razor blade for a slide. It’s followed by the atmospheric beauty of the instrumental “Under Way,” a follow-up of sorts to the similarly moody vibe of “Albatross,” a huge UK hit.

Original second guitarist Jeremy Spencer, although officially still a member of the band, didn’t contribute significantly to the sessions. Regardless, by any measure, Then Play On is a legendary recording, one that revealed the band’s enormous talents just before Green hit the skids. Simply stated, no serious blues fan should be without it in their collection.

This new reissue, dubbed the “celebration edition” to connect it with a concert film Mick Fleetwood and Friends Celebrate the Music of Peter Green due soon, gets a snazzy new package. It includes a small book of pictures, hardback cover and newly penned liner notes. That said, there is little need for anyone who already purchased Rhino’s 2013 remastered and expanded edition (including four non-album singles of both sides of “Oh Well,” “World in Harmony” and the scorching “The Green Manalishi [With the Two Prong Crown]”) to splurge again since the track list and audio is the same. There aren’t any other extras. Frustratingly, David Fricke’s eight pages of illuminating liner notes to the earlier edition have also been removed from this new one, replaced by new editorial that isn’t quite as informative.

For those new to Then Play On, the album is required listening, even if you’re not a blues fan. This early version Of Fleetwood Mac caught lightening in a bottle for these tracks which retain their magic and passion 50 years after being recorded. 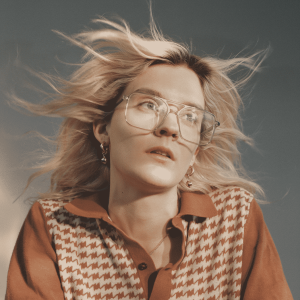 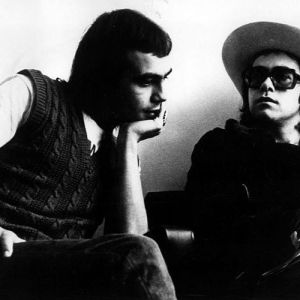