“I have darkness / and I have light,” Maya Stoner announces in “Freakshow,” the tender, trenchant opening number on Floating Room’s new EP, Tired and True. “I am whole / so I can’t deny / any side / of myself.”

That self-affirmation is short-lived—in the next verse, it gives way to something more fraught and wounded: “Everybody loves a freakshow,” Stoner sings, “They don’t like the freak though / Come on baby / Why do this to me?” The song, according to a bandcamp description, is about “Stoner’s perceived pariahdom within Portland’s blindingly white, furtively racist punk scene,” but it ends on a resilient note: “I’m alright / Love me right.”

Tired and True—out this Friday and premiering below—is punctuated by these pivots, these ensarements, these juxtapositions. Floating Room is Stoner’s DIY art rock / “gray pop” project, but she’s joined on the EP by Mo Troper, Jared Ridabock, Jon Scheid, and Aaron Liu (other contributors include Brian Harvey on “Warm Death” and Jay Ringer on “Dancer”). Still, it’s Stoner’s unflinching songwriting that drives the EP’s five tracks forward, line after line.

“Life held open the door / and then it tripped me / on my way in,” Stoner sings in the nervy “Held Open Door.” “They say, / It looks like you’re heart was in / heart was in it / to win it,” she sings in the doleful “Dancer,” “but you’ve got to work on your / posture.” In “Warm Death (HIFI),” the EP’s longest number, Stoner probes her sadness with a scalpel: “Why do my eyelids / sometimes feel like / warm coffins for my eyes?”

But the EP’s closing track, “Gun,” feels especially loaded (no pun intended): “I’m gonna get a tattoo on my leg / of me pointing a gun at my / own head / at my own head,” she sings, her voice trembling and raw. By the end of the verse, she’s found her confidence: “There’s another gun / in the other one / pointing outwards / telling you not to fuck with me / Do not fuck with me.”

“The last few years have been incredibly exhausting and exasperating and I know I’m not alone in feeling this way,” Stoner tells American Songwriter over email. “Even the moments that felt more progressive than regressive felt exhausting—for example, [the Me Too movement] taking off was good but having to be reminded of your own personal trauma all the time takes a toll. The lyrics on my album reflect these emotions.”

Stoner wrote the songs last year and recorded them at Portland’s Singing Sands and Type Foundry. “If it’s not obvious, the title is a play on the phrase ‘tried and true,’” she comments. “Tired and True represents the honesty I approach songwriting with and the overwhelming theme of growing old and feeling more burnt out and jaded.”

Like so many of us, Stoner has “been turning to music to pick me up.” “I like the contrast of exhilarating songs that are about being tired,” she says. “A songwriter who does this well is David Berman and his last album, the Purple Mountains LP, really did that for me.”

Stoner and co. have also found inspiration in Melody’s Echo Chamber and Sasami. “These artists inspired the decision to put my vocals more upfront in the mix,” says Stoner. “Another band I am continually inspired by is Deerhunter. What draws me to all of these bands is that they are undeniably pop-y and yet also very textural. You can really take the time to appreciate the different tones and layers if you want to listen deeply but you also don’t have to focus that hard on it to feel a strong emotional connection to the songs.”

“Releasing the singles has been a nice pick-me-up in the midst of stressful, infuriating and heartbreaking times,” says Stoner. “Besides that I’ve been focusing on figuring out new ways to hustle since COVID left me unemployed. I also recently moved into a new space that’s worlds better for my mental health and creative pursuits.”

With Tired and True out in a few days, Stoner is already starting to sketch her next project. “The next release will definitely be a full length,” she says, “and while I’ve thoroughly enjoyed self-releasing this EP, I want to explore my options as far as working with a label.”

“I think this winter will be the perfect time to finish writing an LP because it rains a lot here so it will be hard to spend time outside,” she adds. “I’m definitely not planning on hanging out in public indoor spaces during the pandemic.”

Tired and True is out October 30. You can pre-order it here. 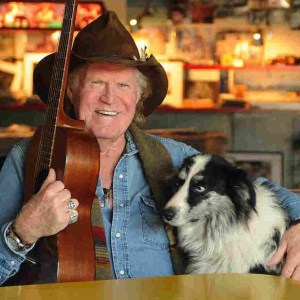 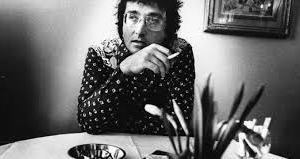