She’s that adorable artsy girl you fell in love with in high school. She was always drawing odd pictures, wearing offbeat clothes, and, most importantly, playing some arcane instrument in the music room. Her favorite artists were people you’d never heard of, but that impressed you even more. Now she’s all grown up, but she’s still that same intriguing iconoclast. Her name is Flocke, and her new album, Bye Polar Bear, is lovely, strange and simply stunning.

Try to imagine the sly little girl vocals of Bjork, set against a backdrop of strings, synths and toy instruments, and you might get the idea of how haunting the record is. And if it doesn’t sound all-American, alternative and wearingly familiar, it may be because this young lady (real name Nicole Mercedes) did not have the typical musical education.

“I grew up in Los Angeles,” said the artist, who has lived in Berlin and Israel, toured Europe and is now Brooklyn-based. “I was exposed to a lot of atypical type stuff. My mom (Ellyn Marciano) was a musician who wrote children’s songs and I didn’t listen to a lot of rock when I was a kid. Stuff like Disney soundtracks and classical music were much more prevalent. That’s probably where my ideas about strings and stacked vocals come from.”

The songs on Bye Polar Bear sound like nothing else you’ve heard. “Legs Are Not For Running,” is a gorgeous acid trip of a tune, a psychedelic waltz, with Flocke’s lovely voice dancing around a keyboard, strange strings and all sorts of awesomely ambient noise. “This Lamb Doesn’t,” led by electric piano, creates a cold, flurry feeling that makes the listener feel like they’re stuck inside a shook up snow globe. In all the songs, the arrangements stand out as particularly pretty and sophisticated. Flocke knew what she was doing.

“I tend to write my songs on the guitar, but my partner, Joe Rogers and I, mapped out all the strings in advance, with very particular ideas. I wanted them to have as much space as the songs themselves. I didn’t want any of the songs sounding like anything else you hear nowadays.”

Mission accomplished. Teaming with producer Rodgers, guitarist Daniel Roth and drummer Aaron Mendelson, Flocke used loopers and lo-fi keys to create something so effortlessly ethereal it sounds like it might have been created by waving a wand. This beautifully strange stuff is getting airplay on indie stations across the country, and her self-made video for the tune “This Lamb Doesn’t” (using preexisting cartoon footage) is creating quite the sensation online.

“I can’t wait to start doing some gigs to promote the album,” said the young Brooklynite. “It’s going to be a challenge to try and recreate some of the songs live. But that’s okay. Challenges are what it’s all about for me.” 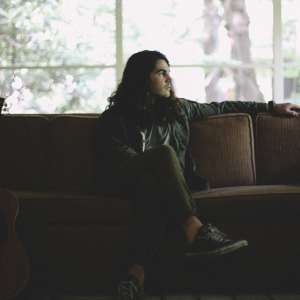 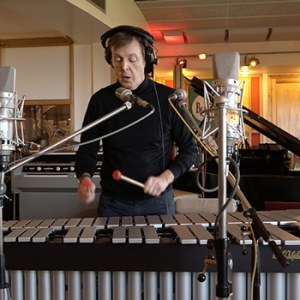