Unconventional folk artist Kevin Patrick Sullivan, who releases music under the artist name Field Medic, said his latest album Floral Prince presents a collection of works that are self-grounding, and a return to what feels right creatively.

In many of the tracks Sullivan uses a writing style that he calls “full-time freestyle,” where he follows a lyrical idea immediately, tracking the song on a tape recorder and often keeping those first initial recordings for the final record release.

This free-form nature allows for a natural expression of instinctive ideas and musical intuitions, Sullivan explained.

“I think there is something to be said for whatever comes straight from your subconscious being the most effective way to describe how you’re feeling at times,” Sullivan said. “Ever since I was a kid I would just pick up a guitar and start making up a song about what’s in the room around me and when I was in highschool I would freestyle rap battle people—I like the art of improvisation.”

Floral Prince has been in progress since 2013, according to Sullivan. The actual process of full-time freestyle writing is not pressure-filled, but rather a slow blooming chance to uncover feelings, emotions and stories right in the middle of sonic creation.

“I’ll be walking down the street and a line will come into my head and I’ll follow that lyric throughout the course of a bunch of more verses and maybe a chorus and then sit down with a gutiar and just start singing it and maybe play through the song once and just record it, and then that’s usually the take for the album,” Sullivan said. “When it’s mostly freestyle and recorded very quickly, the lyrics are sort of bold or dark. There’s something about recording a song while you’re still discovering it as the person who’s writing it that I think you can hear in the take.”

The sixth track on the record, ‘it’s so lonely being sober,’ was done in this manner, Sullivan noted. The lyrical idea first came while riding his bike. He went home, and he recorded the song. Although he tried to re-record the track later on, none of the takes felt as raw and real, Sullivan said, so the original take is what made it on the album.

“The tone of my voice the first time I sang it on that one take was just so true to how I felt in that exact moment that I think that’s what comes through the most – the realness of the feeling, because you don’t think about it at all, it just comes out naturally,” Sullivan noted.

While not all the songs on Floral Prince were done in full-time freestyle method, the content of the pieces bode to a dark, absurd honesty, Sullivan explained. This radical pushing of lyrical boundaries is not one he has thoroughly reasoned out, however its candid nature makes him smile and even laugh at his own faltering, sometimes twisted subconscious thoughts.

“I’m addicted to honesty, so this is how I really felt, this is exactly what happened, and therefore I’m going to say it. It’s definitely a weird trait to have, but I can’t stop,” Sullivan said. “I hope that people can relate to the music and enjoy listening to it. I hope that it’s able to have legs.”

While touring is not happening at the moment in light of COVID-19 restrictions, Sullivan said he hopes to continue writing, pressing into the connection he feels with his current state of creative bent, writing songs and recording them when he feels inspired. 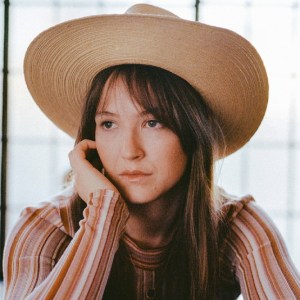 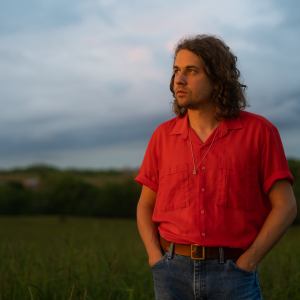