Frazey Ford’s first solo album away from Canadian vocal group Be Good Tanyas continues down her band’s rootsy path while taking a side trip to Soulville. We’re not talking blasting Stax horns and dancing-in-the-streets arrangements; instead, think of a Gillian Welch disc that’s more infatuated with Memphis than mountain music. Ford’s distinctive quavering smoky vocals remain the centerpiece, although here she favors a candlelit saloon croon instead of the Be Good’s campfire folkiness.

Ford leads off the disc with “Firecracker,” a song whose banjo pluckiness will strike a familiar chord with BGT fans. The second track, however, better exemplifies the territory she explores during the rest of the disc. “Lay Down With You” is a laid back, bluesy tune with strings softly lurking in the shadows. Similarly, “The Gospel Song” isn’t a church foot-stomper but a quiet, personal meditation. The lovely and languid “Lost Together” thoughtfully conveys the ups and downs of marriage and parenthood, and features Ford’s mother on harmony vocals.

It isn’t all solemn times, however. With the chipper “Bird of Paradise,” Ford recalls prime Joan Armatrading or Joni Mitchell, as her lilting vocals floats over a gentle bed of guitars, horns, percussions and keyboards. “Hey Little Mama” soars with a delightful airy vibe, while a funky drumbeat propels “Blue Streak Mama.” In the moving disc closer “Mimi Song,” she asks her listener to “tell them about me when I’m gone” and to “remember me.” With an alluring album such as this one, that request shouldn’t be hard to do. 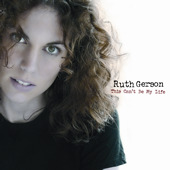