Later this week, Lotus will self-release their tenth full-length album, Free Swim. Lead single “Catacombs” is a shimmering and expansive album opener, showcasing the electronic jam band at their most dialed-in and setting the tone for the 10-track collection.

“We lead off with ‘Catacombs’ because it’s like a tractor beam pulling the listener into the musical space of the album,” keyboardist / guitarist Luke Miller tells American Songwriter in an interview featured below. “Other tracks take more left hand turns, but ‘Catacombs’ is more straight-forward harmony and groove.”

Lotus is rounded out by Mike Greenfield on drums, Jesse Miller on bass and modular synth, Mike Rempel on guitar, and Chuck Morris on percussion. The group has been honing their sound and performance style for roughly two decades.

“I usually think of our sound expanding rather than evolving in a linear fashion,” says Jesse of the band’s trajectory. “We’ve pulled influences from electronic dance music, indie-rock, classic rock, instrumental hip-hop, but some of our earliest songs still fit into a live set with the newest material. As we moved from playing small bars to bigger clubs to theaters and festivals, I think our jams have tightened up in the sense that we are able to bring more of a sense of composition and shape to the group improvisation.”

Free Swim—which comes after 2018’s Frames Per Second—features that tightened up approach, but it still glistens with a playful, exploratory quality. We recently caught up with Luke and Jesse over email about their experience crafting the record, the title’s multiple meanings, and Lotus’s long arc from jam band to “full blown space-disco-synth orchestra.” Check out the full interview and listen to “Catacombs” below.

When and where did you write, record, and produce the songs on Free Swim?

Jesse Miller: Luke and I wrote a large batch of songs (maybe 25-30) in the first half of 2019 working out of our home studios; Luke lives in Denver, I’m in Philadelphia. We send Pro Tools sessions back and forth until we think a song feels complete, which can be a process of many months and revisions. We brought 20 demos to the band to rehearse in the second half of 2019.

In February 2020, we went into Spice House Sound in Philadelphia, spent two days rehearsing and then recorded 18 tracks in three days with a simultaneous video shoot. The last few years we’ve used a production method of tracking live with the full band as much as we can so we can move quick, maintain real time interaction and keep the instrumentation to our live setup.

Luke and I both worked on editing, and mixing was done at my studio where I have an analog mixing desk from the 80’s and a collection of some choice EQs, compressors, tape delays and vintage effects. Eric Bogacz and Alex Santilli engineered the recording sessions at Spice House and Alex worked with me at the very end of the mixing process to polish the overall sound. Ryan Schwabe mastered the album.

Can you elaborate on the multiple meanings behind the title?

Jesse: “Free Swim” is somewhat ambiguous. It can mean the hour a pool is devoted to lap swimming or it can mean feeling free while swimming; I envision a crisp lake with no one else around. Either way, I think there is a feeling of energy, meditation and freedom all happening at the same time aided by the repetition of the strokes and the buoyancy of the water. Beyond painting a visual picture, Free Swim functions as an analog to what I think we try to do with Lotus’s music. We use repetition and dance rhythms to put bodies into motion and that builds a foundation on which melody and improvisation can make those bodies feel free from time or stress, as if they could float away.

Why’d you want to lead with “Catacombs”? Was there a vibe or mood you wanted to establish with this track?

Luke Miller: We lead off with “Catacombs” because it’s like a tractor beam pulling the listener into the musical space of the album. Other tracks take more left hand turns, but “Catacombs” is more straight-forward harmony and groove.

What are some recent inspirations or influences? Can you register any of them on Free Swim?

Jesse: Some of my favorite records over the past year have been Floating Points’ Crush, Four Tet’s Sixteen Oceans, Chicano Batman’s Invisible People, but all of those came out after we had finished the writing stage. I never want influence to be directly from a single song or artist, I think that can lead to work that is too derivative. Instead, I think of influence as a sum of my entire history of music listening. But, something as simple as the way drums are distorted on a recording or how a synth sound modulates can be a direct influence on how I approach shaping sounds.

Luke: Some of the inspirations on Free Swim came from old funk and soul and French disco producers. But often I’m inspired just trying to capture a feeling I experienced musically.

How has your sound or approach evolved over the last two decades? How does a LOTUS jam session in 2000 compare to one in 2020?

Jesse: I usually think of our sound expanding rather than evolving in a linear fashion. We’ve pulled influences from electronic dance music, indie-rock, classic rock, instrumental hip-hop, but some of our earliest songs still fit into a live set with the newest material. As we moved from playing small bars to bigger clubs to theaters and festivals, I think our jams have tightened up in the sense that we are able to bring more of a sense of composition and shape to the group improvisation.

We’ve also developed our own methods for incorporating electronic elements and studio-created sounds that can be very flexible. This lets us move freely between our initial guitar/bass/drums instrumentation into a full blown space-disco-synth orchestra.

What have the last few months looked like for you as a band? How have you been impacted by COVID-19?

Jesse: Like everyone else, it has been a drastic change. Even without a super busy touring schedule we are on the move frequently traveling around the country to play shows. The last few months became the longest period of time I’ve been in one spot since I graduated college. On top of that change, take away our primary business and any semblance of a social life and it all can make the world feel fairly hopeless at times. I was doing a lot of work on Free Swim in the early stages of the pandemic, then moved to working on concert videos for streaming and more writing. But, since the band lives in different parts of the country we haven’t done anything together in person. I’m very thankful to have a home studio, but I definitely miss the action and excitement of performing and also watching live music.

Free Swim is out August 21. You can pre-order it here. 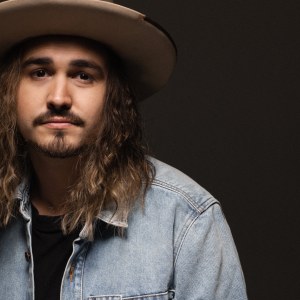 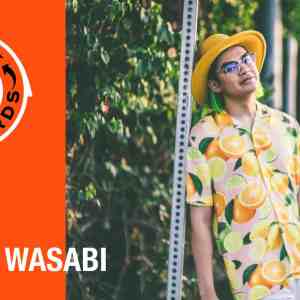