Henceforth known as Baltimore Paul (33; music instructor), Rotterdam Paul (52; job coach for individuals with disabilities), Manchester Paul (57; public health professional), and Pennsylvania Paul (57; art and antiques dealer), the four Pauls were brought together through fate and Facebook when Baltimore Paul decided to send friend requests to his “name twins.” Eventually they started a remote, collaborative music project called—what else?—The Paul O’Sullivan Band, and their origin story has since been spotlighted by The Atlantic, CBS, and NPR.

We caught up with all four Pauls over email about their backgrounds, influences, and shared love of internet culture. Check out the full interview and watch their “Namesake” music video below.

American Songwriter: For those who aren’t familiar with your origin story, can you tell us in a nutshell how this project first came about?

Baltimore Paul: A few years ago, a friend of mine found his ‘name twin’ on Facebook and they ended up having lunch together in Washington D.C. That got me thinking, ‘I wonder what MY name twins are up to?’ So, I went to Facebook and I friend-requested as many Paul O’Sullivans as I could find. The ones who actually accepted my friend requests turned out to all be musicians. It was like this serendipitous olive branch that the Universe was extending to me. As you could guess, it wasn’t long before The Paul O’Sullivan Band became official after that.

AS: Were any of you involved with other music projects at the time you met, or was this a new endeavor for you? What are your backgrounds outside of music?

Baltimore Paul: Actually, three out of the four of us are in separate bands back in our home countries. For example, I’m the lead singer and rhythm guitarist of a pop-punk/power-pop band called Woodbine Hotline based out of Baltimore.

Manchester Paul: I have a background as a professional studio and touring musician and currently work live with some bands and artists such as Ash Mountain, Richie Syrett, and 2 Lost Souls. Though I became a college and university lecturer and now work in public health, I still do quite a few remote sessions with musical projects around Britain and Europe.

Rotterdam Paul: Well, I got my ongoing project and that’s my own band Particle. But when this came along I jumped on the bandwagon. Besides music I am married to my lovely wife Wilma and have a son Liam and not to forget our dog child Kisa (who stars in our music video). I [also] work as a coach for people with disabilities.

AS: How does a Paul O’Sullivan Band song usually come together from start to finish?

Baltimore Paul: Typically, it’s an assembly line process. At the start of the line is myself (Baltimore Paul) and Rotterdam Paul. I’ll suggest an idea for a song, and then a day or two later he will usually send me an entire demo of a song. From there, I’ll make little adjustments to his demo until I feel comfortable enough sending it to our chief resident musician, Manchester Paul. From there, we let Manchester Paul sit with the song for a bit so he can create his bass line. He then tracks his part and we work in percussion for the song and voila. The song is complete.

AS: You cover some pretty iconic songs on your debut EP—how’d you decide which songs to reinterpret? Were there any runners-up that didn’t make the final cut?

Baltimore Paul: Given the geographical differences between our band members, we have to do everything remotely. Therefore, we owe a huge debt of gratitude to the internet. To pay homage to the internet, we decided to cover songs that became famous [or more famous] as a direct result of the internet. For example, “Old Town Road” originally gained traction as a meme, and then blew up on TikTok thanks to the ‘Yee Haw Challenge,’ and finally won Best Pop Duo/Group Performance at the Grammys.

Toto’s “Africa”—[first released in] 1982—had a nice little renaissance in 2018 when Weezer recorded a cover of the song, which [might] have never happened if not for a Tweet from a 14-year-old girl from Cleveland, Ohio. ‘Call Me Maybe’ caught fire back in 2012 when everyone from the Harvard baseball team to the U.S. Olympic Swim Team made dance videos of the song. We also worked in a medley of Mason Ramsey songs (the Walmart yodel kid). And, last but not least, the original Queen of Internet Famous music, Ms. Rebecca Black. ‘It’s Friday! Friday!’ If you couldn’t tell, we love internet culture within The Paul O’Sullivan Band.

AS: What are some of your individual / collective musical influences?

Baltimore Paul: Late at night when I’m trying to decompress, I will listen to an entire album on vinyl from start to finish. My go-to albums include: Beach Boys’ Pet Sounds, Kacey Musgraves’ Pageant Material, Faye Webster’s Atlanta Millionaires Club, and a 1968 Loretta Lynn Greatest Hits album that I really enjoy.

Manchester Paul: I love all the great soul and jazz bassists such as Marcus Miller and James Jamerson. Throughout my life I’ve also been very inspired by great songwriters such as Paul Simon, David Bowie, and Joni Mitchell.

Rotterdam Paul: I grew up in Ireland so music is in my blood. My musical influences and tastes are pretty wide-ranging. From blues rock sounds like Led Zeppelin or The Doors to electronic sounds of Depeche Mode and other 80’s synth-pop. These days I think Billie Eilish is just great. She does her own thing and I like that.

AS: Have any other Paul O’Sullivans gotten in touch with you upon hearing about this project?

Baltimore Paul: Yes, actually. The wife of a Paul O’Sullivan from Canada got in touch with us. Also, a lot of people who are one letter away from our name reach out to us a lot—Paul Sullivan, etc.

AS: Lastly, what have you learned from this experience so far? Do you have any advice or words of wisdom for folks debating whether or not to reach out to their identically-named peers?

Baltimore Paul: I think people see us as a cute headline in the news. But to me, the real story of our band is the inexplicable musical chemistry between us. I’ve played in a lot of bands through the years. You either vibe with someone or you don’t. For whatever reason, there’s a certain je-nais-se-quoi when we collaborate.

The biggest thing I’ve learned is that music truly is a universal force. Our band members are from all over the world. We represent three generations (Millennial, Generation X, Baby Boomer), but music—and a shared name—helped us forge this amazing mutual friendship.

As for others wanting to reach out to their name twins, I do worry about that a lot. There are a lot of manipulative people in this world—and online—and I worry that those kinds of people will try to prey on these internet ‘trends.’ If you must, please exercise caution—and never meet a stranger in person, unless there are a bunch of other people around.

Manchester Paul: Sure, just do it. We’re having so much fun building our friendships and learning about each other on personal as well as musical levels. I think the project has a particular resonance during this worldwide pandemic as we are reaching out to each other at a time when people can often feel very isolated. So, it’s been incredibly gratifying in so many ways.

Rotterdam Paul: My advice would be sometimes you have to take that virtual jump to meet and do new and exciting things.

Pennsylvania Paul: I’m convinced one of our most attractive attributes as a band is our genuine friendship. People are inspired to see four total strangers getting along and doing something so positive. It dispels the widespread feeling that social media has become mostly about conflict and argument. We’re a change of pace from that.

Internet Famous: A Retrospective is out now. You can stream it here. 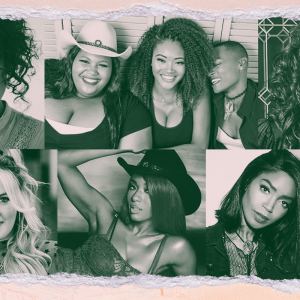 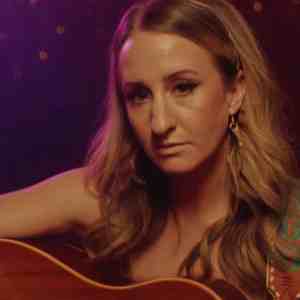