“There are certain albums by other artists that, as the years go by, we always seem to go back to because they feel familiar and put us in a serene, blissful head-space,” the duo tells American Songwriter. “They were our inspiration for this album. When we started the process we bought a cheap 1959 student model Gibson acoustic that has a dark, melancholic tone. Most of these songs were written on that. As usual, our California surroundings seeped into the subject matter.”

Seyrat and Driscoll—both multi-talented singers and instrumentalists—crafted the album between Los Angeles, Catalina Island, Joshua Tree, and San Luis Obispo, stopping at some of California’s most iconic sites along the way. We invited Freedom Fry to break down every track on the album, which follows the twelve EPs they released in 2019. Check out the duo’s responses and listen to Songs from the West Coast below.

“Pretty Bird”
Writing “Pretty Bird” was, quite literally, a walk in the park—Griffith Park to be exact. One day we brought along our ukulele, and along the stroll, while the birds were singing, this melody appeared.

“West Coast”
“West Coast” came to us when we were homesick while in Paris for a long stretch waiting for our son to be born. The lyrics are reflecting on what LA means to us and to all the others who’ve flocked here in pursuit of their dreams.

“Oklahoma”
“Oklahoma” was inspired by a story in the news about an eighteen-year-old girl in Oklahoma who had been arrested for plotting a school shooting. Her photo stayed with us – her pretty face and her haunted eyes.

“So Free”“So Free” is all about remembering the innocent times in your life when you felt a real sense of independence and freedom – the first day of Summer vacation, the day you got your driver’s license, etc.

“Catalina”
“Catalina” Island and the Natalie Wood tragedy came up as a topic when it became clear that our album was gearing towards a California theme. We travelled out to Catalina to capture the sound of the ocean that flows through the track. Its many volume rides are to make you feel like the waves are pulling you along.

“China”
“China” is a song written by Tori Amos that has always been one of Bruce’s favorite songs. She was my first concert, and while I was too young to fully appreciate it at the time, ever since, this has been a song I would always find myself playing when I sat down at the piano.

“CATCH 22”
“CATCH 22” is the last song we wrote and recorded for the album. It paints a picture of someone bound to lose no matter what they do. It felt really special to us in the studio when the choruses hit so we decided to include it here.

“Wallflowers”
We were both awkward “Wallflowers” when we were younger. This song is us singing to our younger selves, or anyone who feels like that, saying, “Yeah, you’re gonna bloom like a wallflower.”

Songs from the West Coast is out now. 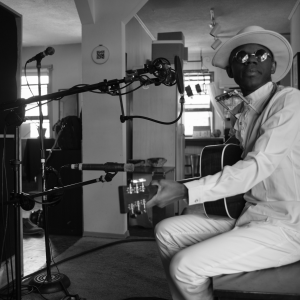 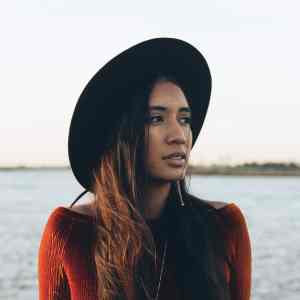