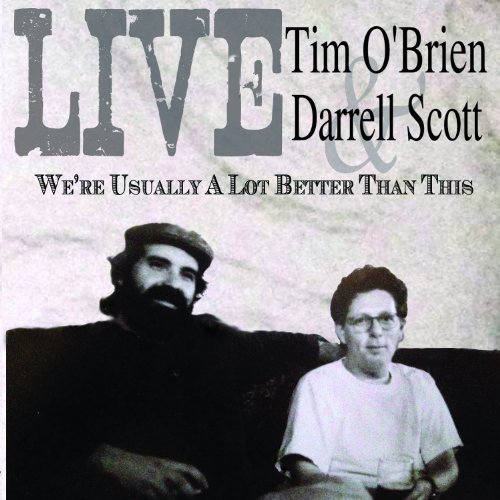 On October 9, Full Light Records will release We’re Usually A Lot Better Than This, the deceptively-titled live album from roots music heroes Darrell Scott and Tim O’Brien. The old friends, who met in a lobby of a Nashville music company 15 years ago, recorded the album over the course of two gigs at the Grey Eagle in Asheville, North Carolina in 2005 and 2006.

We’re Usually A Lot Better Than This features songs by both Scott and O’Brien, plus a generous portion of covers — Townes Van Zandt’s “White Freightliner Blues”, Lefty Frizzell’s “Mom and Dad’s Waltz”, Hank Williams’ “House of Gold”, Gordon Lightfoot’s “Early Morning Rain,” and Keith Whitley’s “You Don’t Have to Move That Mountain.”

“With Tim and me, it’s all fair game,” says Scott. “We are fearless and we egg each other on toward the edge of crash and burn. Hopefully there’s more burn than crash here.” 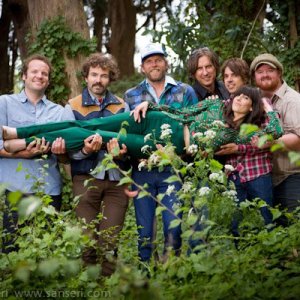 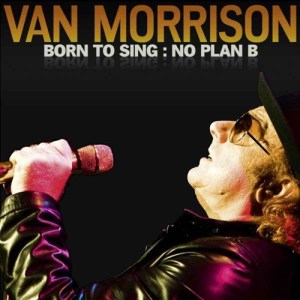