FROM THE PRESS RELEASE:

The legendary band, who are still one of the most successful and iconic artists of all time, recently signed an agreement with EMI which has allowed the development of a multi-format programme of packages, many containing archive material that has been collated during an extensive process between EMI and Pink Floyd for a range of media formats.

The releases, under the banner Why Pink Floyd?, are designed to appeal to a wide cross section of their fans, with music to excite first time listeners, while super-deluxe box sets will cater to dedicated fans, allowing them to immerse themselves in multi-disc sets, containing alternate takes, unreleased tracks, restored live concert screen films and a live recording of the legendary The Dark Side Of The Moon performance at Wembley in 1974.

A series of different listening experiences have been specially created for this release:  in addition to remastered CD’s called ‘Discovery’ and the ‘Immersion’ CD / DVD / Blu-ray / memorabilia box sets will be a series of ‘Experience’ Editions – coupling one classic album with a further disc of related content from that album to offer a deeper listening experience.

Roger Faxon, CEO of EMI Group, said: “This is a unique collaboration between EMI and one of the most creative and influential bands in history. We have worked together for more than a year on this programme which incorporates all the elements that have made Pink Floyd one of the most inspiring forces in modern music. Why Pink Floyd? Because their music is without equal and these exciting new releases will allow music fans to rediscover their incredible legacy and demonstrate that an appreciation for artistic quality never goes out of fashion.”

Storm Thorgerson, the band’s longtime Art Director, has overseen the visual design, including new booklets for all the CD’s, new artwork for the box sets and menus for the DVD content. Respected photographer Jill Furmanovsky, has edited books of original unseen photographs. Pink Floyd collaborators James Guthrie (in the US) and Andy Jackson (in the UK) have been in charge of digital remastering to the highest audio and audiovisual standards.

Pink Floyd film archivist Lana Topham has supervised the painstaking restoration of many historic films from Pink Floyd’s classic era, included in the ‘Immersion’ box sets for ‘The Dark Side Of The Moon’ and ‘Wish You Were Here.’

Expanded deluxe and special edition versions of Pink Floyd masterwork The Dark Side Of The Moon, in a 6-disc ‘Immersion’ box set and ‘Experience’ 2-disc versions, as well as a collectors’ vinyl LP and various digital formats. Plus 14 studio albums, digitally remastered will be available separately or as a box set.

Other initiatives will include a digital marketing plan utilising user-generated content to allow fans to make their own creative contributions to the band’s music, plus iPhone Apps which will give a unique insight into Pink Floyd’s recorded legacy.

Wish You Were Here ‘Immersion’ 5-disc and ‘Experience’ 2-disc editions, both of which will include bonus material from the band’s 1974 Wembley dates, including a 20-minute tour de force live rendition of ‘Shine On You Crazy Diamond’, as well as a unique recording of ‘Wish You Were Here’ featuring the legendary jazz violinist, Stephane Grappelli. A collectors’ vinyl LP will also be available, as will various digital formats.

Released simultaneously will be A Foot In The Door – The Best Of Pink Floyd, a collection of their most well known songs, contained on one album for the first time.

The long-awaited 5.1 version of ‘Wish You Were Here,’ mixed by James Guthrie, will also be released in parallel via independent label Acoustic Sounds.

The Wall, which has sold 25-million double sets and has become a cultural and political touchstone over the last three decades, will be afforded the same exhaustive treatment on February 27, 2012, with deluxe packages including a 7-disc ‘Immersion’ set and a 3-disc ‘Experience’ edition. A collectors’ vinyl LP will also be available, as will various digital formats.

Pink Floyd’s official website, www.pinkfloyd.com, will be given a substantial relaunch from today. Pink Floyd’s Facebook page now has over 11 million followers.

Box-set of all 14 albums with photo book

The Dark Side of The Moon – ‘Immersion’ and ‘Experience’ editions, vinyl LP and digital editions

A Foot In The Door -The Best of Pink Floyd

Wish You Were Here – ‘Immersion’ and ‘Experience’ editions, vinyl LP and digital editions 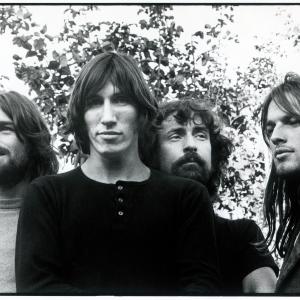 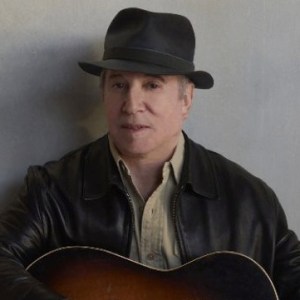