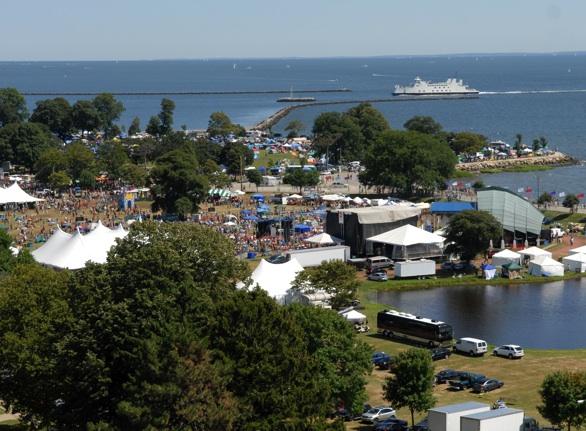 Ken Hays founded the Gathering of the Vibes festival in 1996, just a year after Jerry Garcia passed away.

“After Jerry died in August of ‘95, our whole world changed,” says Hays, who had been touring across the country with the band.

Hays had started Terrapin Tapes, which distributed Maxell and Sony cassettes to the Grateful Dead community of tapers and tape traders. By the time the tape trading world was beginning to shift to the Internet, Hays was already following his passion for throwing parties.

After New York Mayor Rudy Giuliani turned down a proposal for a Jerry Garcia tribute, Hays and a few friends took the Terrapin Tapes database of customers (kept on 3×5 index cards) and sent out a flyer inviting people to “Deadhead Heaven: Gathering of the Tribe” at SUNY Purchase College in New York on Memorial Day Weekend 1996.

The inaugural event was a success and the next year the festival changed its name to Gathering of the Vibes and moved further upstate. By 1999, the festival had settled into its current site along 370 waterfront acres of land in Bridgeport, Connecticut, about 50 miles from New York City. (From 2001-2006 the festival again moved to upstate New York, while improvements were being made to Bridgeport’s Seaside Park location.) 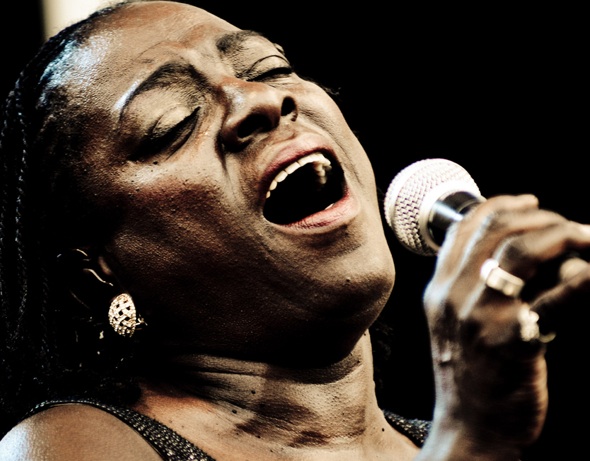 Sharon Jones performing at the festival in 2010.

Hays says he’d define the festival as “diverse, eclectic, and inspiring.” Though, there are some obvious connotations that come from creating a festival in the image of the world’s original jam band, Hays has a holistic view of the term.

“Jam band encompasses everything,” he says. “[Jerry Garcia] started out with an affinity for bluegrass, and over the years his music transformed into different areas – a love of jazz, gospel, blues, and straight-up rock and roll.”

Hays says Gathering of the Vibes encompasses that same diversity, and he notes that in 2003 James Brown played. This years’ fest includes Perry Farrell, Elvis Costello, as well as surviving members of the Dead.

Hays says he’s particularly excited about a high school band from Connecticut named The McLovins, who have performed the last two years on the smaller “Green Vibes” stage but this year will play the main stage. “They are incredibly talented,” says Hays. “Their musicianship is exceptional and their songwriting is equally impressive.”

Hays says the festival has grown organically, from its humble roots in the Deadhead tape trading community, to become one of the premiere East Coast festivals. Festival promoters now use social media to reach fans, but Hays says it’s not a whole lot different from the early Grateful Dead networking communities in San Francisco.

“My feeling is that the first online social media platform wasn’t Mark Zuckerburg and Facebook. It was The Well, in San Francisco, the Grateful Dead community.”

But Hays clearly most relishes the offline opportunity to connect with old friends and see great live music.

“It’s real,” he says, pausing before adding, “in an unreal world.” 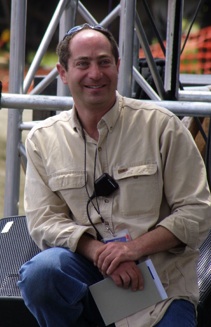 Quick Facts:
What: 16th Annual Gathering of the Vibes Festival
When: July 21-24, 2011
Where: Seaside Park, Bridgeport, Connecticut
Ken Hays’ favorite Grateful Dead show: September 11, 1991, Madison Square Garden with Branford Marsalis
Hays’ Location: “Second tier, three-quarters the way back, house right”
Why: “When we heard that sax the first time during ‘Eyes of the World’… I’ve been to 350 plus Dead shows, but that one stands out as the most spectacular.”
Favorite Grateful Dead years on tape: “The years ’71, ’73 are magnificent.”