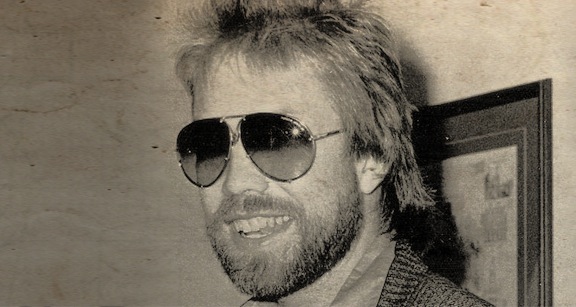 The songwriter John Jarrard was a fixture on Music Row until his death in 2001. Next week his friend Bruce Burch will help honor him at the 10th Annual John Jarrard and Friends Benefit Concert in Gainesville, Georgia.

On the bill this year are Atlanta throwback rockers Blackberry Smoke, John Driscoll Hopkins from The Zac Brown Band, and Jan Smith, a recent inductee to the Georgia Hall of Fame and celebrated vocal coach, who’s helped the careers of Usher, Rob Thomas, Jennifer Nettles, and Justin Bieber.

Burch, who lived in Nashville for 28 years, working as a songwriter and Creative Director of EMI Music Publishing, has turned the event from a one-off concert into a two-day family-friendly festival, with activities for kids like learning how to make instruments.

While Burch and Jarrard both moved to Nashville in 1977 to pursue careers in music, both men are Gainesville native sons.

“When I moved to Gainesville, Georgia, in the second grade, on the first day I met John,” says Burch. “We knew each other all through high school, then kind of drifted apart. We started hanging out together again because I’d see him at all these country music concerts, back when nobody our age listened to country music except for me and him,” he remembers, laughing.

Jarrard, a childhood diabetic, suffered health problems his entire life, including the loss of his eyesight, and kidney and pancreas transplants. “For twenty years he battled,” says Burch. In the end, both of Jarrard’s legs had to be amputated at the knees.

The annual Gainesville event actually first began while Jarrard was still alive. Each year, he and Burch would help put on a concert with Nashville songwriters to benefit the local high school or a local charity. After Jarrard died in 2001, the city asked if Burch if he would be interested in continuing the event. Burch at first turned down the offer, thinking it wouldn’t be the same without Jarrard.

But not long after, Burch reconsidered. Since the first year, when Burch says they had 30 tables of eight people, the event has grown to be a major Georgia happening, last year attracting around 1,200 people. They’ve raised $100,000 for charity and started a songwriting in the schools program. This year, Georgia’s Governor Nathan Deal and Lieutenant Governor Casey Cagle — both from Gainseville — will attend the event.

“I went up and got a job as a desk clerk. I went to the Hall of Fame Motor Inn, which was right there on Music Row,” remembers Burch. “At the time, it was the place where everybody stayed. So I thought, ‘What better way to meet everybody that works in the business than to work as a desk clerk at the place where all the stars hang out?’ So when John moved up here, he took my job as the desk clerk, and I moved to the hot dog shop — and became the Vice President of the Saucy Dog.”

“Neither one of us were good singers or guitar players. So we both were more lyric guys. We wrote a few songs together,” says Burch, laughing, “But we had a hard time selling ’em with me and him singing ’em.”

So both writers found melody-driven partners, and also wrote with artists. “If you can write with an artist and you write a good song, odds of it getting cut go up immensely,” says Burch.

Jarrard scored his first hit with “Nobody But You,” which Don Williams recorded. He also wrote hits for Alabama, including “There’s No Way” and “You’ve Got The Touch,” and penned the George Strait classic, “Blue Clear Sky.”

“He told me I was the reason he came to Nashville,” says Burch. “And I told him he was the reason I stayed. We both knew where we’d come from. Our relationship was never just about where we were in the songwriting business. He was like a brother to me.”

Burch says the greatest thing about Jarrard is how he persevered against the odds.

“He took mobility training and would walk up and down the streets of Nashville. He took a cane and learned to walk all over Music Row. One of the beauties of Music Row was that he could get around. But, unfortunately, he’d run into stop signs and have blood running down his face. Steve Earle said John was the bravest man he’d ever met on Music Row.”

“He became like a fixture,” says Burch. “He’s a legend up there.” 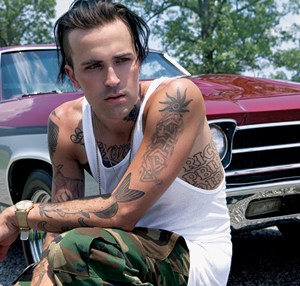 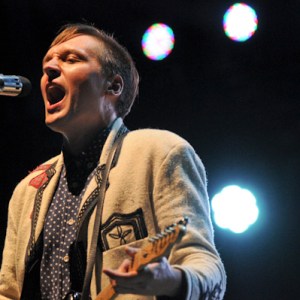