“I just like that word, calamity. It’s sort of a chaotic mess. But it’s not evil—it’s more mischievous,” Thomas Tull tells American Songwriter over the phone in a recent interview about the new Ghost Hounds album.

Tull, who co-wrote and co-produced the album with songwriter-producer Kevin Bowe, feels the word “calamity” captures the spirit of the rollicking rockers. In the era of the solo artist, Ghost Hounds channels the individual talent with enviable cohesion, delivering a full-bodied sound derived only from the interworkings of a true band.

The title track “Little Calamity,” Tull says, is “about the entire album and band just being a bit of a calamity.” He adds, “We’re not troublemakers, necessarily. But there is always sort of a big cloud of calamity around it. And given the diversity of the tracks, it felt like an all-encompassing theme for the ruckus.”

This second step for Ghost Hounds—following their 2019 debut, Roses Are Black—solidifies the rock n’ roll sound we crave, but so rarely hear in the world of modern music. It’s electric guitar-led, worn-down drum kit-driven rock music, with an intentional tinge of the Blues. Tull traces this lineage through the tradition of the Blues, carefully studying the works of aficionados like Robert Johnson.

Born in small-town Missippi, Johnson’s music career yielded the vast spreading of the Delta Blues influence. His landmark recordings date back to 1936 and 1937—the last two years of his life—having endured well beyond his short life. The mystique of Johnson’s not well-documented life and prolific work gave rise to the most famed legend about the forefather. Considering his talent, the only logical explanation became that he sold his soul to the devil to achieve such musical success.

“When you listen to his albums, there is this haunted essence—at least to me,” says Tull. “He’s constantly referencing the Hell Hounds on his trail, which is where our band name comes from.”

An album highlight, “Between Me and The Devil” is a nod to Johnson’s impact on the band’s blues influence. The music video details the legend of the founding father, featuring Nation as a character who makes his way down to the crossroads where he is tempted by the devil. Tull says, “The argument he’s making is so compelling it seems reasonable. And the character, Tre’ is singing to the other person here, saying ‘The only reason I haven’t stepped off the edge yet is because of you.'”

“Good Ole Days” is one of those that came first in lyrics in the title. Bred from a casual conversation among bandmates and friends, the concept considers the glory often overlooked in seemingly ordinary moments.

“Often what happens when you reminisce, you talk about things that at the time probably felt ordinary‚ just something you did that day,” Tull explains. “But in retrospect, you think ‘What an amazing time,’ even though it might not have occurred to you then. So this song is about how these are the good ole days. It doesn’t have to be just the big events—weddings or winning the ball game. You’re up and moving around; you have friends and are able to tell people you care about them. And in the future, you’ll probably be looking back at this period, reminiscing.”

This is not an easy concept to grasp, especially for a band like Ghost Hounds who has climbed so quickly into the national spotlight. To keep themselves grounded, Tull says the band is intentional about “staying present.”

“When we walk into rehearsal, or when I’m in the middle of writing, I try to really remember and take in the feeling—the sights, the sounds, everything that’s happening— and really record it and be there instead of rushing through it,” says Tull. “Now, I’m not always great at that. Life is distracting and we have all kinds of things that constantly demand our attention. But that is one of the things I try to think about.”

Within the current context of a global pandemic, Tull derives additional meaning from the song. He says, “In a Covid world, something I try to do and encourage others to do is if someone is important to you, go ahead and tell them. Tell them how you feel and thank them, make sure you convey those things. We never know what’s going to happen from one day to the next.”

As a songwriter, Tull considers “Half My Fault” a personal favorite. Unlike “Good Ole Days,” this one began as a riff he would play in an open G nearly every day for three months of rehearsals. Tull writes all of the music for the band, and then he and Bowe write the lyrics together. Going into this song, he had two separate titles for different songs in mind. One was “Half My Fault,” and the other was “She’s All Gone.” Bowe suggested they put them together. Tull says, “I don’t want to say it wrote itself, but it just flowed really well.”

The subject comes to life in a poignant line from the track: I’m on my knees, don’t wanna pray / Afraid to hear what he might say. Tull describes the necessity of characterization in his songs, saying, “For me, I have to know where that character is in their life, what what’s happening to them? Why the breakup?”

He feels the overarching concept here is the mutual responsibility in a relationship. “It’s both of your responsibility to take care of it, care and feed and nurture it. And that if it doesn’t work, you can sit and debate the characteristics and behavior of your partner, but at the end of the day, it didn’t work out together,” he explains. “So I’m not looking for the character to say, ‘It’s all my fault. Look at what I did, I screwed up.’ But also, it’s not ‘I was a good guy, and she left me.’ It’s ‘We had a relationship and we’re both at fault.'”

A Little Calamity was shaped from the band’s experience opening for iconic acts including The Rolling Stones, ZZ Top, and Bob Seger during 2019. Touring so extensively, Tull feels the band became both physically and personally more “tight” on the road. The energy from their stage experiences flowed directly into this project.

“When you go see the Stones or Seger, and you’ve got to see another band, the opening act, first, it’s like ‘Alright, how long do we have to listen to these guys?” Tull laughs. “I get it, I’ve been there. But these audiences were so humbling. The response we got was overwhelming. We are a live band, and to play live is the reward, so to speak.”

On the heels of their road success, the live experience influenced this project in two ways. Wanting to capture what Tull describes as “the edge” of the band live, was critical. And as a songwriter, Tull crafted his writing specifically with Nation’s defining voice in mind. With the miles under their belt, Tull feels he was able to be more specific with his writing this go-round. “There’s nothing wrong with the pop on the radio,” Tull concludes. “But I feel very strongly that this whole Blues, rock n’ roll type of music has to be fostered and continued on.” 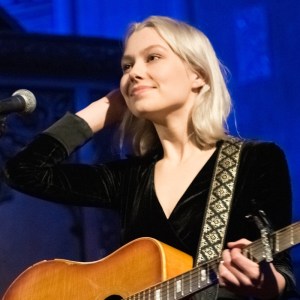 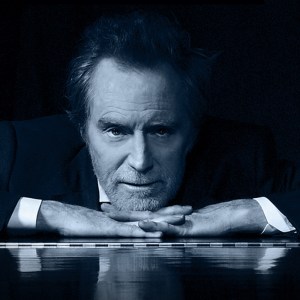