I don’t know where I’m goin’, but you know where I’ve been. Perhaps, those are famous last words for one consumed by the music, much like the legend of Robert Johnson, who presumably sold his soul to the devil at the Crossroads in exchange for prowess on the guitar. Ghost Hounds turn this tale upside down on “Between Me and the Devil,” a cursory tale of one’s lifelong consumption with the music when love is in the picture.

Written and recorded prior to the pandemic, and a follow up to the band’s Roses are Black in 2019, “Between Me and the Devil” is the first track off the Ghost Hounds’ upcoming album, out this fall off Maple House Records, and follows a legendary tale with a twist of love.

Singing The only thing keepin’ us apart / Only reason I’m keepin’ my soul is / I already gave you my heart, “Between Me and the Devil” is gritty, and bares a very onerous decision. It’s a song Robert Johnson may have written if love was in the equation.

“In this case, it’s a little nod to Robert Johnson, and our hero in the song is tempted to make that deal,” guitarist and songwriter Thomas Tull tells American Songwriter. “He’s tempted to visit those crossroads, but he’s in love with this woman, and he is basically saying that you’re keeping me out of harm’s way. Our relationship is letting me hang on and not give in to temptation.”

He’s never wanted to sell his soul, but Tull does love rock and roll, particularly all the blues from his childhood, including Johnson. Always captivated by the blues artist’s story—even down to the name of the band, drawn from the hellhounds on the trail day with johnson.

“The first time I ever heard the legend of Robert Johnson, it captivated me to think about this guy, who was, by all accounts an average musician, and then disappeared,” says Tull. “When he came back as Robert Johnson, you listen to his songs, and these records have this ethereal sort of different sound to them. It almost supernatural.”

For the band—featuring Tull and Johnny Baab on guitar, vocalist Tre’ Nation, bassist Bennett Miller, drummer Blaise Lanzetta, and keyboardist Joe Munroe—a song will start with a hook, then Tull will think of the title and story around it, which was how “Between Me and the Devil,” co-written with Kevin Bowe, pieced together.

“Between Me and the Devil” takes on new life in the video, filmed between Mona, Utah and Pittsburgh, Pennsylvania, and directed by Jay Arcansalin, who co-produced with Tull and Diana Sanchez. A smokier desert setting evokes the spirit of Johnson at the crossroads, but in this tale, it’s love over those darker forces.

Everything needs a narrative—visually and musically—for Tull. “My songs always have a story, and I alway have a deeper backstory,” he says. “Certainly, you need to understand what the folks in a song are doing, and what their point of view is, but it happens in different ways. There are times I’ll sit down and come up with a title that just intrigues me, then sketch the song out from there. Other times, like with ‘Between Me and the Devil,’ it starts off with a riff and it’s usually a good sign if I enjoy playing it.”

Returning to the band’s Maple House studio in 2021, Tull says he’s proud of the upcoming album, which they’ve had some time to sit with through the past year. “I can’t wait to put the album out because you’re in a very fortunate position when you can get what’s in your head onto a record,” says Tull. “When you make something creative, you can sit back and look at it or listen to it or read it or whatever your medium is and think ‘that’s exactly what I meant to say.’ It manifests itself in this way, and that’s what’s been incredibly gratifying to me.” 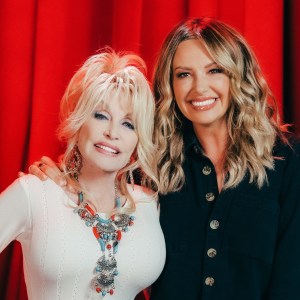 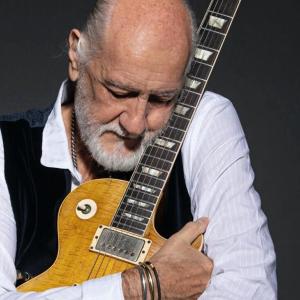