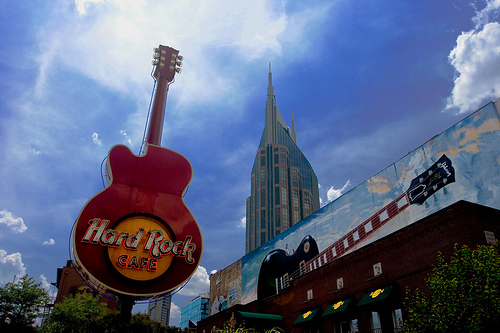 “Night Out for Nashville” – An Evening for Music City Flood Relief Set for Friday, June 18, 2010 Throughout City

Nashville, Tenn….May 26, 2010 – Gibson Guitar and the Gibson Foundation have announced the list of Nashville venues and businesses were Music City Flood Relief Donation Banks have been placed to help aid the victims of the recent Nashville floods, which devastated the city and surrounding areas. Gibson Guitar donation banks created from actual Gibson guitar cases have been placed throughout the city for visiting patrons to make a donation to help aid the thousands of people who have been left homeless and without the basic necessities of everyday life. 100% of all proceeds will benefit the flood victims in Nashville and surrounding affected areas. Businesses and venues where donation banks can be found are:

Located in the Bridgestone Arena

The Gibson guitar case banks will be placed in area establishments in Nashville through June 18, 2010, when the initiative will culminate in a final push to raise funds through a sponsored event titled “Night Out for Nashville” – An Evening for Music City Flood Relief. All participating businesses and venues with donation banks will rally this day and night to host simultaneous final encouragements for donations to be made to the guitar banks. Music events and special incentives will encompass the close of this evening with all donations made to the guitar case banks going directly to the Gibson Foundation Flood Relief Programs. Night Out for Nashville is supported by Gibson Foundation, Nashville Convention & Visitors Bureau, Next BIG Nashville, American Songwriter Magazine, and the John Lennon Educational Tour Bus.

For more information on “Night Out for Nashville” and for updated lists as to where Gibson Guitar case donation banks have been placed go to www.gibson.com/nightoutfornashville. Details and updates will be posted regularly each week.

For more information on Gibson Foundation’s on-going efforts with Flood Relief please go to www.gibson.com or www.gibsonfoundation.org. Founded in 2002, the Gibson Foundation is committed to making the world a better place for children by creating, developing and supporting programs and other non-profit organizations in their efforts to advance education, music and the arts, the environment and health & welfare causes. Follow Gibson at http://twitter.com/gibsonlifestyle or http://www.facebook.com/GibsonGuitar 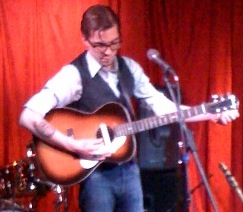 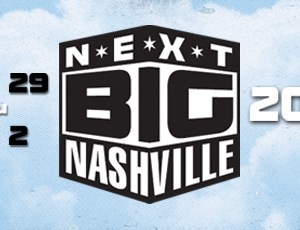