Vinny Neff of the British band Django Django let go a little chuckle when American Songwriter asked him if the group (consisting of Neff, David Maclean, Jimmy Nixon, and Tommy Grace) had premeditated plans for how their latest album would go. “I think for the next album we’ll probably do a brief before we begin,” Neff says. “But from our history, we’ve tried that in the past and it never really worked. Somebody would do something completely different from the brief on the first song and then we’re screwed.”

Even without a brief, the band’s upcoming fourth album Glowing In The Dark represents both a progression from their most recent records as well as a retrenchment of sorts to the kind of music that graced their highly-acclaimed self-titled debut back in 2012. Early evidence can be found on the first two singles: the entrancing “Spirals” and the title track, newly-released and featuring the band capturing a sweet spot between future fears (“The speed of light is leaving us behind,” Neff sings) and propulsive techno beats.

“That was just mostly me and Dave,” Neff explains of the “Glowing In The Dark” track. “Sometimes we split off into different little groups. It was sitting somewhere on a hard drive and it was just this gothic thing. It’s positive, but it has some darkness to it. I think Dave had the idea of the ‘In the dark’ line. He had heard it on a soundtrack and he was like, ‘We should lift that.’ So we sang that and chopped it up. He sampled in some drum loops from a library record. He does that quite often, if something’s just lacking or something needs an edge. He has a huge vinyl collection in the back. He’ll dig into that and try to work something in to give it some momentum.”

The track also features some of the ping-ponging vocals that featured on Django Django’s 2012 hit “Default.” “We’re going to have to reinterpret this and it’s going to be a bastard,” Neff laughs about when the band gets the chance to play the song live. “You create problems for yourself. Hopefully, you’ve made a good track, but you’ve got to dig in for the live interpretation.”

The original sessions for the Glowing In The Dark album found the band struggling a bit with how to proceed. But it began to gel when they decided on a new approach. “We just got into this idea of doing a track a day,” Neff says. “We would just get in, start, we don’t know what we’re going to do, and let’s not stress about it. If it’s crap, then we just finish it, we park it and then we move on the next day. We slammed through a lot of songs quite quickly.”

“There’s something about writing them in the room as opposed to writing them on the computer, where you can get really bogged down. It’s like when you heard people play back in the 70s, they didn’t have that luxury of recording everything and fucking around with it. You just sit down in the room and figure it out together. It just made everything seem a bit lighter and a bit quicker and you could solve problems really quick when all the brains were working on it. It was a real hodgepodge.”

Glowing In The Dark also features a sleeker, more streamlined sound, an adjustment from their most recent albums. “I think we know our past mistakes quite well,” Neff says. “On the second record we had too much. It became a bit of a runaway train. There were no edits. On the first record, it was basically me and Dave more or less. I would just play something to Dave and Dave would just put in little drum beats or play some synths, so he could edit what was needed and not overplay stuff.”

“I think we kind of overplayed it on the second album. There were just too many layers, too many ideas. I think this is probably the nearest record to the first in terms of its sparseness, just knowing when to say we don’t need that, we’ve already got that. It was just being quite picky. If I have to sit out a track, I’m happy to do so if it benefits the track. And I think everybody’s in that mindset know. Which is sometimes the most important thing, knowing when not to play.”

The band also strove for lyrics this time around which were less opaque and more tuned into concrete concerns. “You have to ask the question ‘What’s the song about?’ Neff explains. “You have to say it in a line. If you can’t describe it, how can you describe it to other people? How can you tell a story in the lyric if you don’t really know exactly what it’s about? I think we forced ourselves. You splurge on a lot of lyrics, but maybe there’s no cohesive idea behind it, just to get you over the line. And maybe in times past, we might have just gone with that. I think it was something this time that we really wanted to focus and make songs about stuff that mattered. That was something we tried to challenge ourselves on. Everything we had was about something that we could isolate in our brain.”

The approach coalesces in tracks like the thrilling “Hold Fast,” as the narrator asks his companion to show resolve in the face of worldly pressure. “It felt quite different than something we’d done before,” Neff says of the song. “A lot of stuff we do is sometimes quite frantic. It had a momentum but it was a relaxed momentum. We wanted to give this idea of two people saying we’ll get through something.”

“It definitely did resonate with us in terms of what had happened in this country in terms of the rejection of outsiders. We felt slightly embattled. We live in North London. It’s a very diverse community. We’ve got neighbors who are Slovakian here, Polish there, Caribbean. Then one day they’re going to be told, ‘We don’t really want anybody except English, indigenous people.’ We didn’t really mean to write about it. It just was at the tip of our tongue in some ways.”

On album-closer “Asking For More,” Neff focused on relationship struggles, captured in the memorable line, “We had the time of our lives and we’re still asking for more.” “I had it sitting around on an old demo for about a year and decided to do something with it,” he says. “I suppose when you’re in a relationship for ten-plus years, it’s work to keep it alive and fresh. Maybe it was a subconscious reference to that, offering that idea of hope or trying to push on even though things seem rough. It was a more traditional theme, but it seemed to lock with that Joe Jackson, Hall & Oates swing that the track had.”

Glowing In The Dark finds Django Django sounding more confident and sure-footed than ever before. Neff says that’s partly a reflection of the improvements that the quartet has made in their craft. “We still aren’t ‘musician’ musicians,” he qualifies. “I remember overhearing our crew saying, ‘They need to be slightly better musicians to get to a certain level.’ We’ve all learned as we went along. We’ve all come up a notch.”

But what’s more important is how they seem to have stabilized their trajectory after their striking debut album created loftier expectations than Django Django could have imagined when they formed. “On the second album, it might have been a step backwards,” Neff admits. “But it resolved us in some ways to keep going and build it back. I suppose we took it as a challenge to try harder and get better.”

“I think, personally, this is maybe the most focused album since the first. I’m quite critical of ourselves. Towards the beginning of making this album, the first bunch of songs, I was like ‘I’m not really feeling them.’ And the more we got into that track-a-day thing, it started to feel a little bit of momentum building. I could see a new frontier for us.” 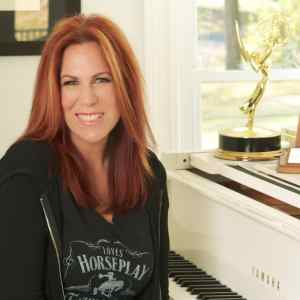 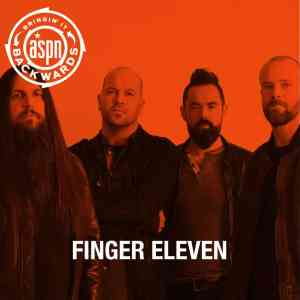