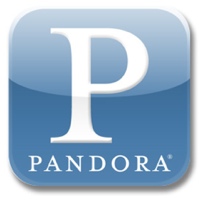 Pandora Media, the popular streaming Internet and mobile radio service, began trading on the NASDAQ stock exchange this morning under the ticker “P.” After raising its price target twice leading up to the offering, Pandora settled on a $16 a share valuation, then began trading on its first day at $20.

According to a press release, 14.7 million shares of common stock were issued by the company, resulting in nearly $235 million. Pandora’s underwriters Morgan Stanley, JPMorgan Chase and Citigroup have the option to sell an additional 2.2 million shares.

With the recent success of other Internet company IPOs, such as LinkedIn, some market watchers have been gripped by a 1999-esque fervor for all things Internet. While Pandora has attracted 90 million users, it has so far failed to find a direct path to profitability.

Pandora offers two models for their service: a free, ad-supported model (ads come in the form of radio and display ads) and a paid subscriber model. The company’s main source of revenue is advertising, while its largest expenditure is paying out royalties to record labels. In order to reach profitability, it would seem that Pandora’s advertising revenue must outpace royalty payments, which have often been cited by music-tech start-ups as often cost-prohibitive to development.

At the same time, Pandora faces competitive threats both large and small. Three of the largest technology companies – Apple, Google, and Amazon – have all recently launched new music products that will directly compete with Pandora.

While Pandora is easily the largest internet radio service, it is surely not the only one. Last.fm claims some 40 million users worldwide (Pandora is only available in the U.S.), while Slacker is also a popular net radio destination. Other services like MOG and Rdio are also vying for space in the crowded online music market.

Perhaps an even more worrisome is Spotify, the Europe-based music service that is expected to soon launch in the U.S. In April, Spotify stripped down its free model in what many believed was the result of pressure from record labels to convert more users into paid plans.

But, at the end of the day, with 90 million users and a multibillion-dollar valuation, Pandora might not be worried about anything.