Miracle Pill, the band’s 12th studio record was originally released in September 2019, following a sold-out 20th anniversary tour celebrating their multi-platinum breakthrough Dizzy Up The Girl. The three unreleased tracks are “Tonight, Together,” “The Right Track” and “Just A Man,” which has been released as a lyric video.

“Just A Man” is a piano-driven contemplative ballad about confronting your own inner struggles, with Rzeznik singing verses in a direct, wistful voice that turns confident in the pre-chorus and chorus: “I’m still trying to find me/Put you all behind me/I’ll decide just the who the hell I am.”

The song was recorded in London with producers Martin Slattery and Antony Genn (The Hours).

“We recorded ‘Just A Man’ in London this past February right before we headed out on our UK tour,” said John Rzeznik. “It was really cool getting the chance to collaborate with Antony & Martin on it, and the song now feels more meaningful than ever in light of the past few months. It’s about the anxiety of existing as a human being in the 21st century and how we fight to overcome the ever-mounting struggles of being flawed in our nature and powerless in certain situations. It’s a call to stand up to the bullies in our own minds and the voices that keep us in the grip of fear. Fear and love, however, cannot exist in the same space. We need more compassion, more empathy, and certainly more love right now – not only for ourselves, but more importantly for others. We’re so excited to share ‘Just A Man’ with you and we hope you enjoy it.”

Earlier this month, the band debuted a brand-new live video for their uplifting current single “Fearless.” The performance was filmed at the historic Kalamazoo State Theatre in Kalamazoo, MI during the band’s fall 2019 headlining tour in support of Miracle Pill and can be viewed here.

The band also released a live performance of “Fearless” in association with Global Citizen for their “Together At Home” Series in an effort to spread awareness and raise funds for the World Health Organization to help end the coronavirus. 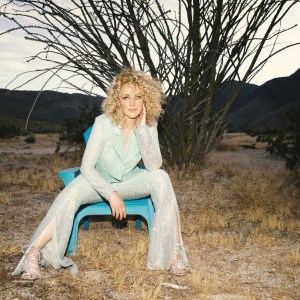 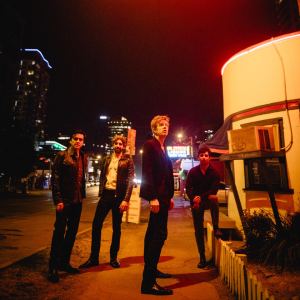